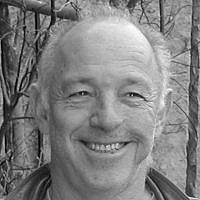 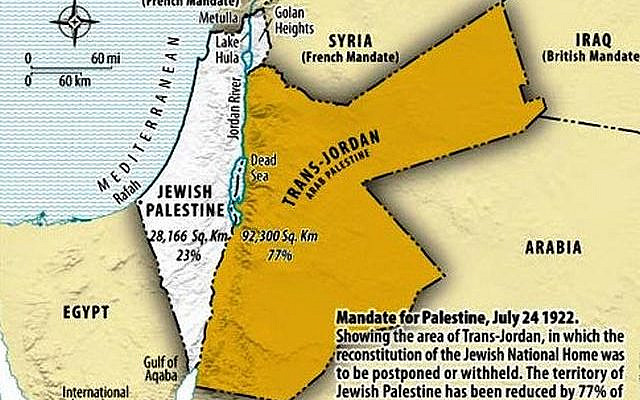 The Arab propaganda machine aided and abetted by the UN, EU, US and the main stream media, which is just about everybody, would have you believe otherwise.

They demand that the Palestinians living in Judea and Samaria and Gaza be granted statehood on all lands not controlled by Israel when the cease fire lines were agreed upon in 1949.. This is referred to as the Two-State Solution. This solution is at the heart of the Arab Peace Initiative which was agreed to in 2002 at the Beirut Summit which provided

“(a) Complete withdrawal from the occupied Arab territories, including the Syrian Golan Heights, to the 4 June 1967 line and the territories still occupied in southern Lebanon; (b) Attain a just solution to the problem of Palestinian refugees to be agreed upon in accordance with the UN General Assembly Resolution No 194. (c) Accept the establishment of an independent and sovereign Palestinian state on the Palestinian territories occupied since 4 June 1967 in the West Bank and Gaza Strip with East Jerusalem as its capital.”

Like most peace plans since, it was based on a deliberate misreading of 1967.UN Security Council Resolution 242.  This resolution did not require Israel to withdraw from all lands “occupied in the ’67 War and it allowed Israel to remain in possession of said lands until she had “secure and recognized boundaries free from threats or acts of force”.

This resolution also included this preamble,  “Emphasizing the inadmissibility of the acquisition of territory by war and the need to work for a just and lasting peace in which every State in the area can live in security..“.

Obviously, not requiring Israel to withdraw from all territories and requiring secure and recognized boundaries flies in the face of this preamble.

Not only that, while the UN Charter provides for the “inadmissibility of the acquisition of land by war”, international law allowed for the retention of land acquired in a defensive war, which the ’67 War undoubtedly was.

But that is not the whole story..

Israel was not acquiring somebody else’s land in this war but her own land.. This fact was totally ignored by the Security Council in passing it.

Professor Eugene Kontorovich is the head of the international law department of the Kohelet Policy Forum.. He answers the question, “how can the legal position of Judea and Samaria [West Bank] be defined?”, in Israeli rule in the West Bank is legal under International Law

“The question that should be asked is: What were the borders of Israel when it was first established? What defines this is the borders at the moment of independence. Israel was created, like most countries, after a successful war where no one came to its aid. In international law, there is a clear rule regarding the establishment of new countries: the country’s borders are determined in accordance with the borders of the previous political entity in that area. So, what was here before? The British Mandate. And what were the borders of the British Mandate? From the Mediterranean Sea to the Jordan River.”

Thus, he argued, Israel liberated its own territory in 1967.

But even that doesn’t complete the story.

“The High Contracting Parties agree to entrust, by application of the provisions of Article 22 (of the league of Nations Charter), the administration of Palestine ….The Mandatory will be responsible for putting into effect the declaration originally made on November 8, 1917, by the British Government, and adopted by the other Allied Powers, in favour of the establishment in Palestine of a national home for the Jewish people, it being clearly understood that nothing shall be done which may prejudice the civil and religious rights of existing non-Jewish communities in Palestine, or the rights and political status enjoyed by Jews in any other country.”

The San Remo Resolution is the subject of research of international law scholar and lawyer, Jacques Gauthier, Ph.D. The Toronto-based Gauthier, who is Christian, spent a quarter-century researching and writing a 1,300-page thesis to investigate legal ownership rights of the ancient-modern capital city.

Through San Remo, a legal document, “The Jewish people have been given the right to establish a home, based on the recognition of their historical connection and the grounds for reconstituting this national home,” Gauthier explained..

The Palestine Mandate included both sides of the Jordan River and was passed in 1922 by the League of Nations. It should be noted that the Mandate as passed violated the rights given to the Jews at San Remo in that  it restricted their homeland to the lands west off the river. But all of the land was managed under the same Mandate,  It was intended in 1922 that Jordan would be the Arab state and Israel would be the Jewish state

The Mandate included this recital.  “Whereas recognition has thereby [i.e. by the Treaty of Sèvres] been given to the historical connection of the Jewish people with Palestine, and to the grounds for reconstituting their national home in that country”

Jordan declared independence in 1946 and Israel did in 1948.

Thus the Jewish state includes all of the lands west of the Jordan River.

And thus Jordan is Palestine. And most people living in Jordan are Palestinians.

In order to make this a reality the King Abdullah II must abdicate and the Palestinians must take control of their country..

JORDAN: PAST, PRESENT AND FUTURE. The Jordan Option Revisited


The Jordan Option has been touted for over 20 years but gained little traction. Essentially it embraces the idea that Jordan should be seen as the Palestinian state.  The primary resistance to the idea came from the Hashemites.

Mudar Zahran, Secretary General of the Jordan Opposition Coalition together with Ted Belman, Editor of ISRAPUNDIT, held a conference at the Begin Centre in Jerusalem on Oct 17, 2017. It justified the rationale behind Jordan being the Palestinian State and called for the end of the Hashemite control of Jordan.  Mudar Zahran announced he was ready, willing and able to serve as President of Jordan.

Here we are, 5 years later, on the cusp of success.  Register for the Webinar and find out why.