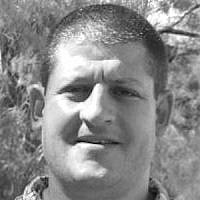 The Blogs
Clive Lipchin
Apply for a Blog
Advertisement
Please note that the posts on The Blogs are contributed by third parties. The opinions, facts and any media content in them are presented solely by the authors, and neither The Times of Israel nor its partners assume any responsibility for them. Please contact us in case of abuse. In case of abuse,
Report this post.

The water crisis facing Cape Town is serious, but it is by no means unique. Many cities around the world have also faced and continue to face water crises- Sao Paulo, Brazil, Los Angeles, California and Brisbane, Australia have all come perilously close to running out of water. But the larger issue is not that cities are running out of water but that countries around the world, rich and poor, are facing growing water challenges due to the same reasons: climate change, drought and most importantly, growing water demand due to growing populations. Resolving these crises at both city and national level requires a comprehensive approach that includes cooperation and the sharing of expertise wherever this exists and is possible.

One of the world’s most water scarce countries is Jordan in the Middle East. Jordan is one of the most water poor countries in the world with very little water resources at its disposable. Jordan, an extreme desert country, lacks large surface water reservoirs and access to groundwater is expensive and often of low quality. Exacerbating Jordan’s water crisis is a fast growing population. Jordan has always been a refuge to refugees from the many conflicts in the Middle East. Jordan has generously and graciously opened its borders to Palestinian refugees from the Israel-Palestinian conflict, Iraqi refugees from the first and second Gulf Wars, Libyan refugees from the Libyan conflict and most recently refugees from the Syrian civil war. Today there are over one million Syrian refugees in Jordan and some of the world’s largest refugee camps are in Jordan. This rapid and unplanned influx of refugees has further strained Jordan’s ability to meet water demand for both her own citizens and the refugees.

In 1994 Jordan signed a historic peace treaty with Israel. One of the cornerstones of the treaty is water cooperation between the countries. Israel and Jordan agreed on water allocations on the shared Jordan River and both countries have worked to develop regional water projects that will benefit the populations of both countries and that of the region. Notwithstanding the many ups and downs of Middle Eastern diplomacy, the cooperative water agreements between Israel and Jordan have grown, further cementing their relations and dependencies on a joint water security program.

Bilateral cooperation on water between Israel and Jordan has led to innovative solutions that help to bring water security to both countries. Jordan makes use of Israel’s Sea of Galilee as a means to store water during the winter rainy season and to then use this water during the dry summer months. Jordan also has the option to purchase additional water from Israel and since the onset of large-scale desalination in Israel, Israel has the means of supplying more water to Jordan, which it has done so since the Syrian refugee influx into Jordan. These water transfers are carried out by agreement, including appropriate economic arrangements for the costs of the transfer. Most recently the two countries are working together whereby Jordan is building a desalination plant in the Red Sea city of Aqaba and will transfer half of this water to Israel to meet Israel’s growing water needs for agriculture in the arid Arava valley. In return, Israel will transfer more water to the north of Jordan via the Sea of Galilee and its desalination plants along the Mediterranean Sea. The two countries, together with the Palestinian Authority, are also working on a solution to the shrinking water levels of the Dead Sea by bringing water from the Red Sea to the Dead Sea.

As Cape Town and South Africa grapple with the water crisis, it should come as some comfort that they are not alone when it comes to dire water shortages. Also, solutions and expertise around the world are available to assist South Africa meet its present and future water needs. Many have said that the next war in the Middle East will be over water. They could not be more wrong. Cooperation between Israel and Jordan over water is an example where fighting over water is a zero sum game, everyone loses, but when one cooperates to solve water issues, everyone wins. The innovative technological and diplomatic solutions between Israel and Jordan is one such example that South Africa can draw from as it works to deliver a water secure present and future for its citizens.

Dr. Clive Lipchin is a South African – Israeli citizen who directs the Centre for Transboundary Water Management at the Arava Institute for Environmental Studies in Israel.

About the Author
Dr. Clive Lipchin serves as director of the Arava Institute for Environmental Studies' Center for Transboundary Water Management where he oversees research and development projects, workshops and conferences that focus on transboundary water and environmental problems facing Israel, Jordan and the Palestinian Authority. His specialty is in water resources management and policy
Related Topics
Related Posts
Clive Lipchin
Comments