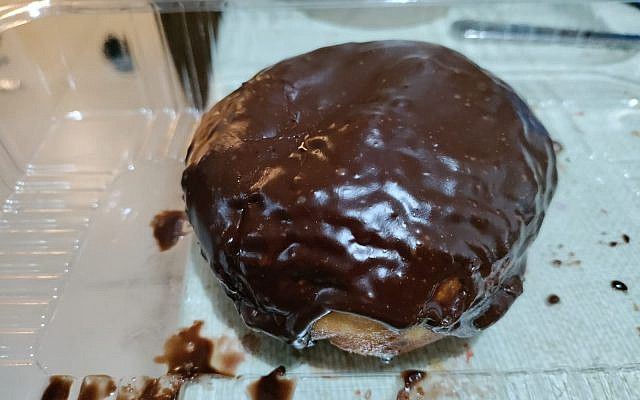 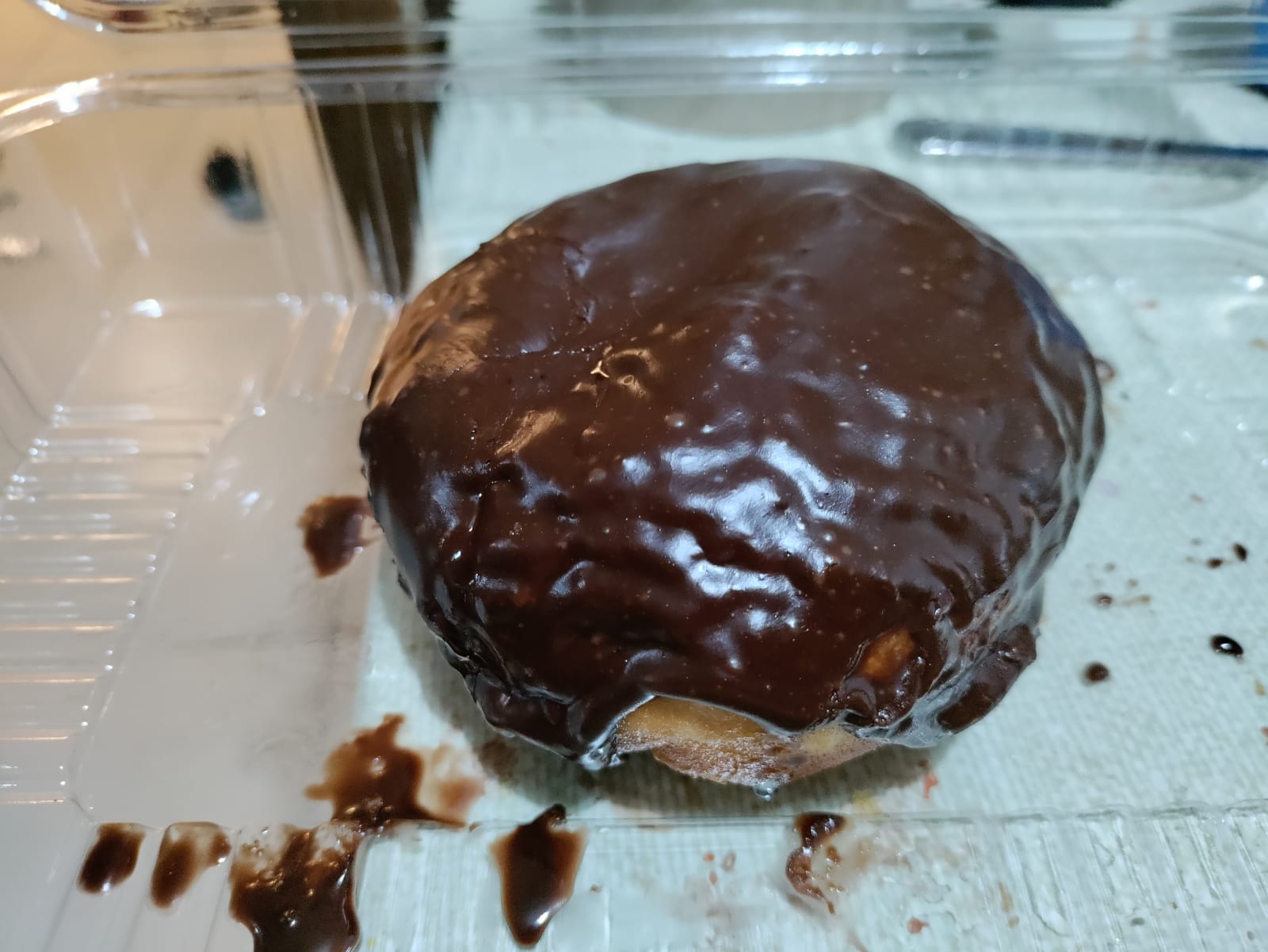 Having said that, while one may not find objective perfection, aside from God, one may find subjective perfection, i.e. something that is perfect for them, at that time, in that moment. One may find even a perfect moment, or a perfect other, someone who is not perfect objectively, but can be perfect for them. To elucidate more on this please reference Tom Kitt and Brian Yorky’s musical masterpiece ‘Next To Normal’, with its touching musical numbers Perfect For You and its subsequent reprise.

What does all this have to do with donuts?

As many people set out to find the “perfect” donut during the Kislev and Chanukah season, I truly think that we must recognize the above when undertaking that search. Moreover, as all donuts are made by humans, we must realize that none will be the objectively “perfect” donut agreed upon by all. However, there will be some donuts, some few, some happy few, some band made of bakers, that may suffice to be called, subjectively perfect.

As I am the author of this piece, I shall use my own subjectivity as judge and jury. For after a search that has carried me through bakeries, patisseries, sufganiyot mazes, and has lasted more than two decades, I have found a donut that I am happy to call subjectively perfect.

Let me take you back to where my search began, the same place where many searches begin, although few ever conclude, the hallways and cafeteria of high school.

Growing up in Toronto and attending Yeshiva Or Chaim High School, I had a number of blessings bestowed upon me during the years which I hoped would not be too formative for me. One such blessing was the monthly purchase and distribution of some of, if not the, best donuts that I have ever had the pleasure of eating. These donuts were purchased through the very sparse student council monies and were distributed by the senior class to the rest of the students. I.e. the seniors took 90 percent of the donuts and left the pickings for the remaining 3/4s of the student body. But hey, that was high school, right?

In truth when I became a senior, I saw the wisdom of these traditions which had been set forth in years gone by.  I too partook in, what would become for me, a touchstone of excellence, dare I say, perfection. When I joined in devouring most hungrily, the abundance of donuts that were reserved for the senior class, I thoroughly enjoyed the perfection which I found in the donuts, and was happy that after three years the amounts were finally plentiful.

Little did I know then, that the superb quality and taste of these donuts, would ruin my very concept of donuts for the next 22 years. No other donut could compare to the scintillatingly fried dough, or the luscious and tasty chocolate that I reveled in eating during those monthly Rosh Chodesh celebrations.

The donuts of course were none other than the famous donuts from Richmond’s bakery. (Notice that donuts are no longer on their menu, at least not the online version, which in of itself is a tragedy worthy of a Shakespearean play.)

These donuts were so good that we would have regular races for the 2 kilometers to the bakery and back, to see which freshman could purchase enough donuts to satisfy the hungry seniors and thus gain their favor for a time. 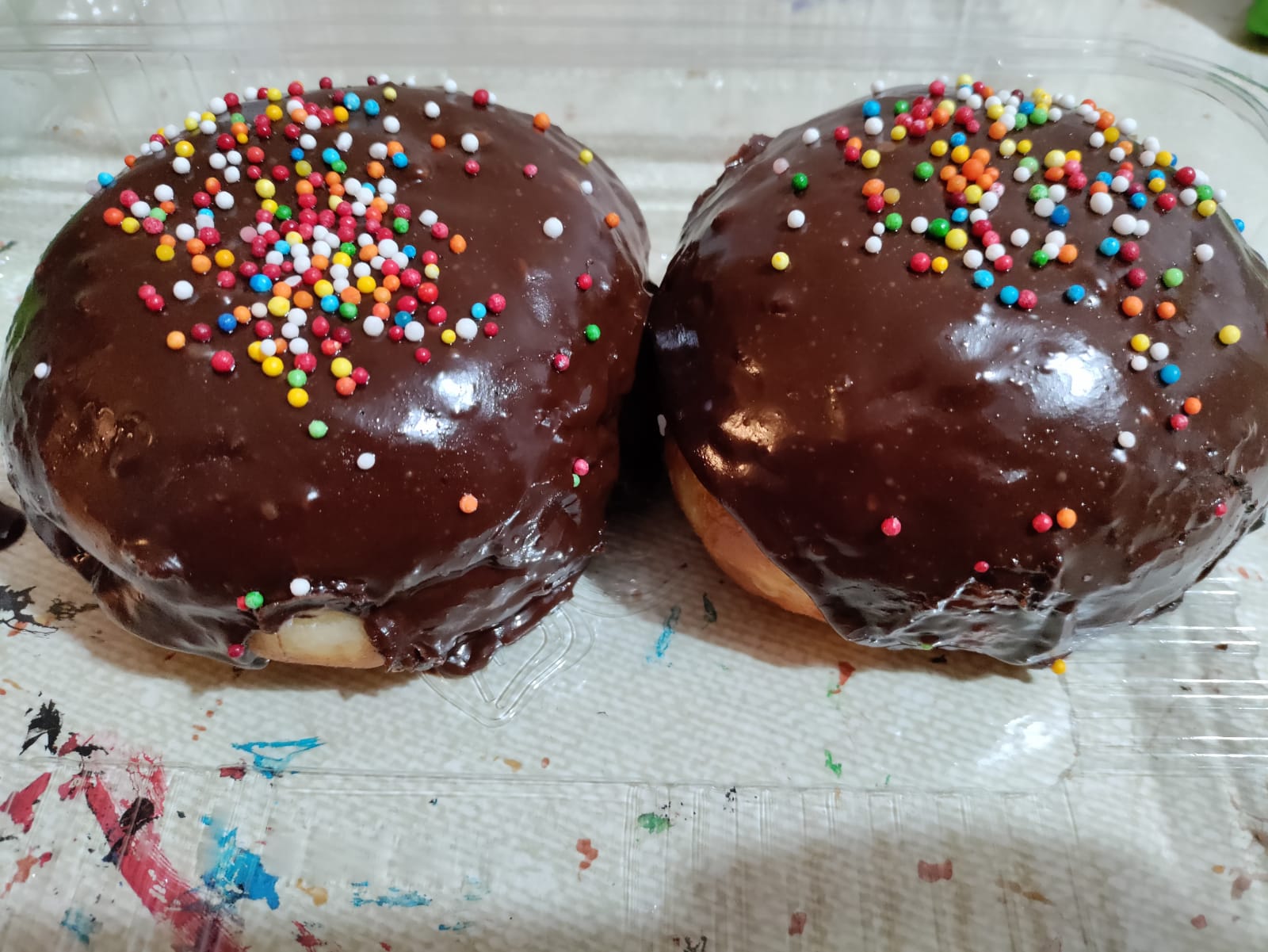 Two more beauties. Albeit these are marred by sprinkles, but they shall serve well when presented to the younger generation.

As I moved to Israel, and have not visited Toronto, much to my regret, since 2002, I lacked donut perfection. For years nothing ever measured up. Sure, Dunkin’ Donuts and crispy Cream were nice on trips that I took to the states but they were mass-produced and lacked severely in both taste and texture, comparatively. Brooklyn Bakery in Meah Shearim was a good stand-in but always left me wanting to return to the perfection I once knew. New York Bakeshop came as close as close could be, but alas, it was still just a shadow of perfection shown on the wall of the cave, without the joyful realization of obtaining the true beauty of what I sought.

Sam Booki from the Cafe Ne’eman chain made donuts that were fried nicely, but the chocolate topping was all wrong. Coney Island Knish, for the short time that they existed, also strove toward achieving this perfection, but they too only managed an approximation. Besides, their cupcakes were really where it was at.

Each of these was tasty in its own way, but they were not the perfect donut.

As Chanukah approached each year, other bakeries began to take up the gauntlet and attempted to produce the perfect donut. Angels and Berman pumped out their jelly-filled donuts, as Aldo bakery, Neeman, Roladin, English Cake, and Lehem Shel Tomer all came and brought their scrumptious treats, of which many have enjoyed, and some have even written comparative articles about. However, most of these offerings were sufganiyot, the inverted cousin of the plain donut, but not a plain donut in of themselves.

Oceans rise, empires fall, seasons turn, and sufganiyot disappear after Chanukah concludes, leaving us all bereft once more of even the attempt of these great bakeries to make the ideal donut.

I was shaken to my core last year in February prior to the onslaught of the pandemic. It was then, that I traveled to Teaneck New Jersey, and then to Brooklyn New York, two of the Kosher capitals of the U.S. world. In neither location could I find even one regular donut, not one. This failure came in spite of a guided tour from a Charedi askan who knew everything about the Kosher bakeries in Brooklyn. I was beyond distraught. All I wanted was a regular chocolate donut that could compare in some way to the good old days of Richmond’s past. What I found were some terrific Boston Cream Pies, a lot of tempting danishes, and a hefty amount of seven-layer or checkerboard cakes. But simple chocolate donuts were mysteriously, shockingly, MIA.

For those of you still reading, you may be wondering why I have decided to write of my woes and tribulations in my ongoing search for donut perfection? Why would I share all these troublesome stories and high-brow philosophy with you my devoted reader just as sufganiyot season begins once again in Israel? Why put myself through the slings and arrows of outrageous donut flavors this season, if after 22 years I have not yet found satisfaction? And even if I choose to do so, why bother writing about it now?

The donut in question, albeit this one is sans hole, but also sans any sort of distracting filling, thus still qualifying as a donut and not a sufganiya, I purchased on Sunday evening from Sanhedriya Bakery at the outskirts of Har Nof. (HaRav Raphael Katsenelbogen St, by the Egged bus terminal) Someone, a kind-hearted fellow, tipped me off that somewhere in Har Nof there is a bakery that makes high-quality donuts. I am forever indebted to this person, even though I cannot rightly recall who they are at the moment.

I cannot say enough about the donut save that it is a true blend of fried doughiness and chocolate excellence that a perfect donut should be. These are such stuff that dreams are made on.

I had high hopes when I saw the donuts. For the first time in 22 years, I found donuts that truly looked the way they should. As I bit into one, I shed a tear. I had finally thrown away the light casting the shadows on the cave wall of my foodie donutty desire and walked out of the cave, out into the land of the real.

I knew once again what it was to taste the perfection of the donut that I craved from oh so long ago and I found a level of peace that I hadn’t enjoyed since Reese’s Peanut Butter Cups made their way across the ocean and came to Israel.

These donuts, my friends, these donuts, are my subjective perfect donuts. I am happy to have found them once more.

I naturally purchased quite a few, much to my wife’s chagrin, and will gladly enjoy them with my children when they wake up tomorrow. For now, I can put my weary self to rest.

I have sojourned for 22 years in the donut wilderness, I have the chosen time and again the road less traveled by in my quest to find my subjective perfect donut, and finally, tonight, it made all the difference. 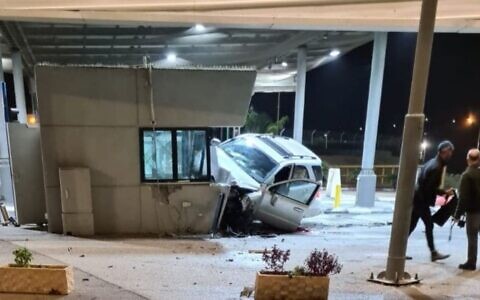 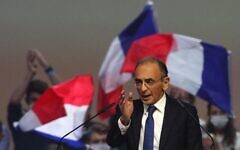