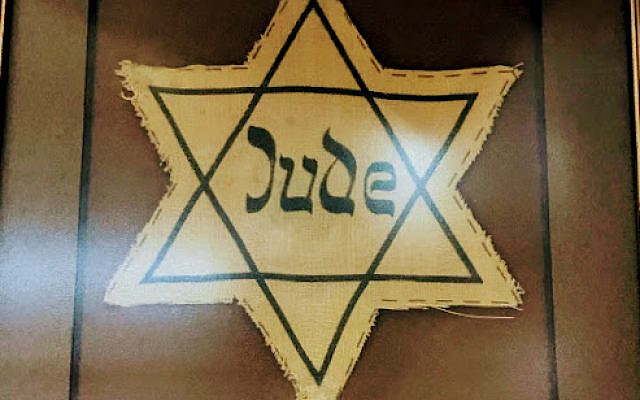 This week, I learned more about the level of Antisemitism that exists in some places in the capital of America, Washington, D.C.

A friend and colleague who works for a very prominent and high-level office in the federal government was accosted by three people in her office. She was born in Israel but has lived in the United States for many decades. Yet she was stopped in the elevator by three people who work in her office and who proceeded to violate a number of the fundamental principles and protections of Equal Employment Opportunity (EEO) in the workplace. First, they made fun of her name, making her repeat it three times, and then ask her the origin of her name. Then picking up on her accent, they ask where she’s from, and when she responded innocently where she works from, they said no, they wanted to know what country of origin she is from. She told me how uncomfortable they made her feel, like a real “outsider;” nevertheless to top it off, another one of these three geniuses disgustingly then tells her that “I will bring you an American flag so you can feel more American!”

Moreover, they mistreated her this way even after she confronted their abusive behavior reminding them that these things are covered under harassment training. Yet, they still didn’t get the message or care at all, and they proceeded with the harassment anyway. What also stood out is that this isn’t something just in our heads, paranoia or the lousy “olden days” of pogroms and persecution. Moreover, this wasn’t just a lone individual “acting out,” but a group, so this should make us all concerned when this happens in the government where matters about policy, including about Israel and AntiSemitism are discussed and decided, but this is what is going on with the people behind the scenes.

Hours later, this lady told me how bad she felt and that it continued to bother her how she was bullied at work simply because of who she is. She asked both despondently and with righteous anger:

Will I always be considered an outsider? Is it because I am Jewish or because of my accent or my not so American name [from Israel]?

When I heard all this, I not only felt very sorry for what she went through, but also was deeply upset that hateful and intolerant people continue to lash out at others simply because they are different. What was shocking was that despite the professional environment, this was a climate where they actually felt “safe” expressing their Antisemitism and hate. In this case, these high-level, powerful, “educated” people working in the heart of our nation’s capital should know better, much better than to harass someone because she is a Jew, an Israeli, a woman or all three. Moreover, they did it again, and again, and again, so there was no mistaking their intent. The laws and protections of EEO are a nice start, but they don’t go far enough when our organizations don’t truly enforce them, but rather pay lip service or do just enough so they don’t get in trouble.

In the broader context, despite all the incredible and marvelous contributions that Jews make to the countries they live in, including and especially this great land of America, and far in excess to the proportion of our people to the population, it is a sad fact that there will always be those haters and bullies out there. As this Jewish lady questioningly bemoaned, will we always be considered outsiders no matter how patriotic, hard-working, sacrificing or generally giving we are to our host nations? Certainly, America has also given so much to the Jewish people: a refuge from persecution, freedom to be ourselves Jewishly, and the ability to pursue our dreams in this great land of opportunity. It is unfortunate that there still are individuals that hate out there: that lash out questioning our faith, our people, and our intentions. Good people see the common humanity and good in others, and bad people are infatuated with imaginary intolerable differences, especially of minorities, and enjoy scapegoating them, goading others to join their hate, and even violently preying on them.

As Jews, we are not alone in being a minority in the population and many others including black people, Latinos, Asians, LGBT, the disabled, and more get targeted for discrimination and hate. What we need to remember though this Passover, celebrating our Exodus from Egyptian servitude is that even when we come up to intractable obstacles like the Red Sea, and with the evil Pharaoh and the mighty Egyptian army in pursuit to bring us back dead or alive, we must have resolute faith in G-d Almighty that He can and will spread the Sea for us to walk through in safety, while the evil persecutors will be left to drown behind in their own malicious hatred. Mount Sinai and the Promised Land are right around the corner if we follow the path of destiny that G-d is creating for us. Redemption, love and freedom awaits us all!