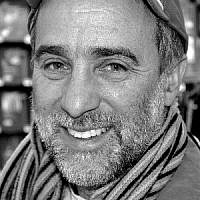 As any good trial lawyer knows, the most important step in any defense is framing the case from the right perspective. But this is particularly difficult when the jurors have little or no personal understanding of the context in which the alleged crime took place. It is even more difficult when they live in another country, and one which enjoys a different peace-war context from that in which the alleged crime occurred.

Among the effects of living through a war, aside from the killing and dying, aside from the wounding and starving, are the changes war causes in people’s judgement. This was known as far back as the fifth century BC when Thucydides described the change in values that occurred during the civil war in Corcyra (today’s Corfu). Changes occurred in the meanings of words: what had previously been called prudence was now called cowardice, what was previously called honesty was now called naiveté. During a war, people think differently, view things differently, than they do in peacetime.

This insight helps explain at least some of the divergence between the way Israelis view their behavior and the way outsiders do. It explains the exasperation, incomprehension and frustration Israelis feel when they see how their reality is portrayed in foreign media sources. Israelis complain about the fact that foreign sources erase the context of the stories they cover. This is true, but it reflects a much larger phenomenon. It is not merely a lack of information that causes the distortion, there is also a psychological problem: the difficulty that people living in peace have when trying to understand people at war. The psychology of war is so unpleasant, so uninspiring, that no one even wants to enter into it when they don’t have to.

This phenomenon is illustrated in changing American attitudes towards the actions that its government took in WWII. At the time, there was little protest when the American government treated enemy nationals as potential enemies. Both Germans and Japanese were put under surveilance, with Japanese famously being placed in internment camps. This is racial profiling in its most blatant form. Even at the time, no one thought that every single Japanese-American would take part in anti-American activities; they knew that they were incarcerating innocent people. But during war-time, when fear is high and dangers of unknown magnitude appear on the horizon, it seemed like a prudent and necessary step.

When war receded, Americans had the opportunity to look at these events from another perspective. As long as those who actually experienced the fears and concerns that the war triggered were a dominate force in American life no deep re-evaluation took place. People remembered and understood why things were handled as they were. But when a new generation arose, which did not share these memories, things took on a different complexion. The fact that the internment of the Japanese-Americans became such a prominent subject in recent American discourse shows the sincerity of American moral concern, but it also shows the gap between war consciousness and peace consciousness.

In its recent conflict with Hamas, Israel had a hard time explaining to those living in peaceful states how it would feel if their major population centers came under daily rocket bombardment. One can state the facts, but that does not communicate the experience. Sitting in safety and operating with a cool, sometimes hostile, rationality, people in other countries felt confident in their ability to offer advice and criticism concerning Israeli reactions.

One of the most common criticisms was disproportionate response. This is perhaps the most predictable reflection of the clash in perspectives. Citizens living under daily rocket fire understandably want to end it as soon as possible. This means swift and harsh retaliation. Some may want to teach the enemy a lesson strong enough to deter them from attacking again. But those who live outside the region rarely have these feelings. They don’t experience what it is to live in daily fear for one’s children, and in many cases they are not even aware of the rocket attacks that prompted the reaction to begin with. For them the response seems disproportionate; indeed it is disproportionate to the lack of fear that they felt. Israelis complain that foreigners judge in a vacuum. But the vacuum is not merely a vacuum of information. It is a vacuum of consciousness, an obliviousness to to the fact that war-time experience prompts a different way of viewing military threats.

Israel’s chief public relations difficulty stems from the fact that all of its wars have taken place in the context of relative world peace. While these conflicts may have been wars of survival for Israel’s Jews, they have sometimes looked like silly, pointless squabbles to the rest of the world. Outsiders judge Israeli actions from the viewpoint of a society at peace, not from the very different viewpoint of a society at war.

While Israeli actions are not extreme even when judged by peacetime standards, they are completely normal, even a bit mild, when judged from a war-time perspective. Compare again the Japanese incarceration. Japanese Americans were not involved in large-scale violent protests against the US regime. They were not involved in acts of terrorism on an individual basis or as part of larger terror organizations. None of their leaders had defected to an enemy country after being accused of acts of treason. Nor was America surrounded by tens of hostile Japanese states with a history of wars against the US. Nor was America a relatively small country with few allies. All of these are true of the Israeli situation. And yet it seemed perfectly reasonable to incarcerate the Japanese, and from a wartime perspective it probably was.

Judged from this perspective, Israeli actions have been mild indeed. The closest Israel has come to anything like American wartime action was the recent decision by the mayor of Ashkelon to bar Arab workers from the city kindergartens. This does not imply any form of internment, and does not even imply any loss of income if workers can be moved to other projects from which they were not barred. It merely reflects the tears and fears of a thousand mothers who know that Palestinian anger has often turned into violence and that Israeli Arabs are not immune to it. While willing to risk their husbands, brothers, sisters and selves, they hoped to put their smallest children out of this risk. Of course the decision was roundly condemned by Israeli politicians of left and right at the national level. In response to this pressure the Mayor decided to allow the Arab workers into the kindergartens – but to move the children elsewhere.

It is not my point here to defend racial profiling or to object to it. My point is merely that judgements are skewed when actions taken under the duress of war or terror are judged by people who live free of such dangers. We need to wait until the homes of international jurors and commentators are under daily threat; until they are surrounded by seemingly implacable enemies of overwhelming numbers; until their very civilization, language, religious tradition and lives are in threat of complete destruction. After a few generations under those circumstances, it would be reasonable to ask these jurors to draw up a set of laws for behavior during wartime. I believe that Israel’s behavior would look outstanding from that perspective.

Of course such a perspective would most likely be forgotten again as soon as conditions improved. Who knows? If Israel survives and eventually enjoys peace with the Arab world, we too may become as obtuse as those who criticize us.

About the Author
The author is a lecturer in philosophy and classics at Bar Ilan University. He has lived in the areas of Judea and Samaria since 1992, and lives today in the town of Efrat with his wife and children.
Related Topics
Related Posts
Comments