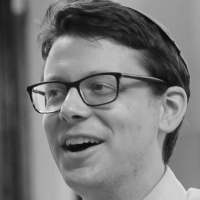 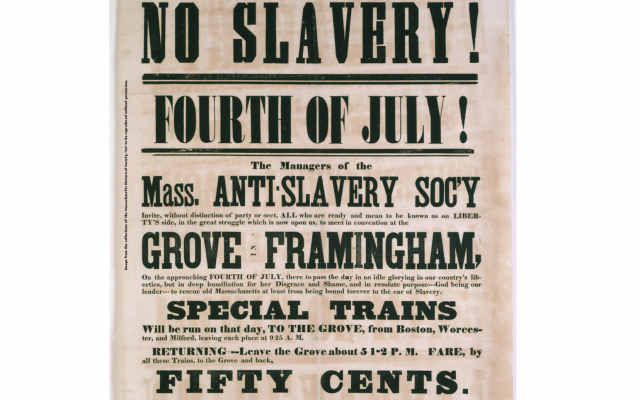 This year’s July 4 is a day of American pride marooned in a season of long-overdue national self-critique. Can pride and critique coexist? The temptation to answer in the negative is strong: it is easier to exalt what we hold in unalloyed reverence (Do we hold anything in unalloyed reverence? Should we?), and to critique what we do not love. Are our hearts capacious enough to resist this either-or, and to hold the fullness of what Nikole Hannah-Jones calls “this terribly flawed but miraculous country”?

We are of course by no means the first to try. Seven July fourths ago, Ta-Nehisi Coates made the inspired recommendation of William Lloyd Garrison as a forerunner to our efforts to  “properly calibrat[e] how far we’ve gone with how far we have to go.” Garrison is an unlikely candidate because one hundred fifty-nine years prior to Coates’s writing, on July 4, 1854, in a star-studded abolitionist rally featuring Sojourner Truth and Henry David Thoreau, he infamously bundled the Constitution with a copy of the Fugitive Slave Law – and lit them both on fire, declaring our nation’s founding document “a Covenant with Death, an Agreement with Hell.”

So it was all the more remarkable when, eleven and a half years later, in the waning days of 1865, Garrison joined celebration of America to his critique. He had not changed – America had, the Constitution newly amended to outlaw slavery. Days after the ratification of the 13th amendment, Garrison again placed himself at the fringe of the abolitionist movement, this time by announcing that while he still saw a long struggle ahead to achieve racial justice, “his vocation as an Abolitionist, thank God, has ended.” With slavery outlawed, the work of The Liberator and the abolitionist cause – but not the cause of justice – was complete. Wendell Phillips and others disagreed, and continued to labor under the auspices of the American Anti-Slavery Society for another five years. But for Garrison, the Constitution at the end of 1865 was a fundamentally different, and better, document than the Constitution of 1854 – and his relationship to it changed in parallel, shifting from immolation to celebration.

Garrison fascinates today because he narrates America not as an inevitable, teleological unfolding of an initial pristine ideal – but as a fierce conflict of revision and contingency. A partial rejection of the Founders’ morality was both necessary and sufficient to alter the very meaning of America – and render it, for the first time, worthy of celebration (but still very much in need of ongoing improvement). Rather than requiring an axiomatic faith in the moral vision of the founders, Garrison allows – and perhaps requires – subsequent generations to see themselves as overturning parts of the country’s founding ethos.

Garrison’s path to his post-1865 embrace of America finds an unlikely parallel in a Talmudic passage that resonates deeply today. The Talmud presents a family-scale story of reparations, and with it a picture of the human dimension of repentance and redemption. The Talmud’s case (Bava Kamma 94b) is of children who learn that their father’s wealth, including the inheritance he left them, was acquired through a career of robbery (theft by means of assault). We can only imagine the children’s heartbreak: their gratitude to their father for the very fact of their lives, compounded with the love and care they received as children, must now compete with revulsion and betrayal at their father’s hypocrisy and evil, with guilt at benefiting (knowingly or not) from the fruits of ill-gotten gain, and with confusion about how to proceed. The Talmud’s ruling is that these children are obligated to return whatever stolen objects they can locate to the rightful owners in order to honor their father’s legacy.

There is a paradox here for the Talmud to unravel: children returning their ill-gotten inheritance is repudiating their father’s legacy, not fulfilling or honoring it! The Talmud asserts that had the father’s entire life been devoted to robbery, his legacy should be wholly repudiated – not honored. So how do the children, in unraveling their father’s life work, honor and continue his legacy?

Ever-creative, the Talmud solves this problem by introducing a new criterion. We are speaking of a father who repented of his serial robberies while still alive: even though his legacy is conflicted, comprising contrasting periods of robbery and of contrition, the urgency of his later repentance is sufficient to recast his legacy as one worthy of honor. But this creates a new difficulty: had the father repented sincerely, he would have returned everything. How did the wages of his crimes remain in his possession and became an inheritance for his children? Here the Talmud makes a desperate and brilliant modification to the case: this is a man who confronted the evil of his ways and began to return what he had taken – but died before making full restitution. He left his children a legacy of both robbery and repentance; both an inheritance and the obligation to distribute this inheritance to his victims.

The father’s late repentance does more than impose obligations on his children; it radically revises his entire legacy. Now, alongside everything else, some measure of pride and admiration are due him. Rabbi Abbahu was thinking of people like this man when he recognized that a specific zenith of human achievement is accessible only to those who have sinned and then changed their ways (Brachot 34b): “Penitents stand in a place where even the fully righteous cannot enter.” Not a little courage is required to face one’s sins privately; vastly more to bear their full public consequences, including possible rejection by one’s own family – those who live monotonously righteous lives neither have to, nor get to, muster this courage. The father confronts the full weight of his past and turns against it, rising up in the name of justice and truth, with all of the required pain and loss. He does not and cannot erase his previous deeds; but he can and does write a final, heroic chapter to his life.

Parallels between this Talmudic family and America of 2020 have likely already occurred to you. Our predecessors in the American political tradition used the force of law to turn Black human beings into property, but then fought a bloody war to end these horrors; they designed pervasive economic and political systems of segregation and discrimination, but then repealed them in a tumultuous ‘second Reconstruction.’ But they did not succeed in returning everything that was taken; and so an obligation falls to us, their political heirs, to restore what our predecessors acquired unjustly to their victims and their victims’ descendants. Not only an obligation: we feel a similar tumult of betrayal and pride in inheriting a tradition that includes those who organized, struggled, and sacrificed to transform this country – plus anger, because unlike the Talmud’s family, America is home to the victims of the robbery. Our situation may be closer to a case the Talmud does not analyze: a group of children who discover that their ‘shared’ inheritance was in fact stolen from several of them and given to the others. In confronting these horrors, America is, in addition to everything else – and perhaps even more than the Talmud’s example – a national embodiment of Rabbi Abbahu’s promise: showing that nations can confess their sins and endure the pain of change in the name of justice and freedom – a greatness that derives not from 1789, but 1865 and 1964.

Coates, himself one of the most influential critics of America’s record of race, disarmingly shares his surprise at a moment of Garrisonian pride in a moving 2011 meditation on patriotism:

[T]he oddest thing: an intense pride in country. I spend much of this blog discussing race and teasing at the problems of American history. I think that it would be easy to see in that a scornful, pessimistic and cynical view of the country… I think of my parents born into a socially engineered poverty, and I think of their children enjoying the fruits (social mobility) garnered by the nonviolent, democratic assault on that social engineering. And then I consider that for centuries, over the entire world, if your parents were peasants, you were a peasant, as were your children.

I think it is proper to be proud of that change. I would not argue for a pride that insists America has worked out all of its problems, and evidences that work by exporting its institutions via tank and bomber. I would argue for a studied pride, a gratitude, that understands all that was sacrificed, that we could have easily tilted the other way, that the experiment is still, even now, fragile

This way of honoring a legacy reveals how some versions of ‘honoring a heritage’ actually disgrace the sacrifices of those who gave birth to a new and more just America. In the Talmud’s case, the children paradoxically honor the latter, penitent era of their father’s legacy by discovering and unwinding his earlier, evil deeds. To honor his earlier evils is not to honor him, but to disgrace him, to backslide on his repentance – as Coates puts it, ingratitude for all that he sacrificed to right the sins of his youth. This makes clear, in case any clarification was needed, precisely how Confederate flags and monuments do not honor our country’s memory, but disgrace it.

The Talmud and Garrison converge in the necessity of reckoning with, and rejecting, an originary moment’s failings in order to create the possibilities of repentance and of pride.  When our traditions include a later moment of courageous repentance, as the American political tradition does, then we owe them the recognition that they contain, as Rabbi Abbahu knew, the noblest moments in human history. This is a studied pride, one that calls us to join the ongoing, fraught realization of that repentance as redemption. That redemption remains far away and fragile; achieving it will require both an intense pride in country and the courageous sacrifices of at least one more generation, ours.

Correction: This blog was updated to correctly identify Nikole Hannah-Jones.