July 4th falls out a week from Sunday. On our calendar, it is the 24th of Tammuz, the start of the second of the mournful Three Weeks that lead up to Tishah B’Av, memorializing one of the most tragic days in all of Jewish history.

Rather than celebrating “the Great Experiment” that was (was, not is) American democracy, perhaps July 4th this year should be regarded as the secular Tishah B’Av, the day when we mourn the imminent demise of that democracy.

This democracy was evolutionary, to be sure. In the beginning, only adult white men who owned land could vote—although they could not vote for senators (legislatures chose them) and could not vote directly for president and vice president (we still cannot do so). Various amendments to the Constitution expanded the voting pool—the 14th Amendment in 1868, the 15th Amendment in 1870 (both granted all adult males the right to vote), the 17th Amendment in 1913 (allowing the direct election of senators), the 19th Amendment in 1920 (which granted adult women the right to vote), and the 26th Amendment of 1971 (lowering the voting age from 21 to 18). Various laws also expanded the pool, such as 1924’s Indian Citizenship Act, the 1964 Civil Rights Act, and the 1965 Voting Rights Act.

The 2020 election changed all that—not just because Republicans lost control of both the White House and the Senate, but because the defeated presidential candidate charged that massive voter fraud stole the election. A Reuters-Ipsos poll taken in early May showed that 56 percent of Republicans still believe the 2020 election was rigged, and that 53 percent believe that Donald Trump won the election. More important as far as voting rights are concerned, 87 percent of Republicans said they want new restrictions placed on who and how people may vote.

It matters not, it seems, that Election 2020 was among the most fraud-free elections in U.S. history. Republican as well as Democratic officials in charge of elections in their states have said so, and so did then Attorney General William Barr, who announced on Dec. 1, 2020, that the Justice Department had uncovered no evidence of widespread voter fraud, and certainly not of a kind that could have changed the 2020 outcome.

Nevertheless, various Republican-led legislatures around the nation, citing the non-existent massive election fraud, have passed or are trying to pass restrictive voting rights laws. In a report issued in mid-May by New York University Law School’s Brennan Center for Justice, 14 states so far have enacted 22 laws restricting access to voting—breaking a record of 19 such laws set in 2011.

Absentee voting and voting by mail are the primary targets of these laws—two methods that were used by a record number of Americans in 2020. The Brennan Center also reported that another 61 bills were making their way through 18 state legislatures, some of which also would impose tougher voter ID requirements and make it easier for states to purge voter rolls. (Last week Georgia announced an effort to purge more than 102,000 voters from its rolls.) That most of these bills will not pass is of little comfort.

Congressional Democrats, mindful of what election experts are telling them—that they have only until Labor Day to put election safeguards in place in time for the 2022 elections—have vowed to overturn these restrictive efforts. On Tuesday, however, Republicans in the Senate crushed that effort by threatening to filibuster the “For the People Act,” which effectively ended the effort, at least for now.

And that is why July 4th this year should be considered a secular Tishah B’Av. Unless something dramatic occurs, such as ending the Senate’s supermajority rule, millions of Americans will be denied the right to vote in one way or another, and this country will be headed down the road toward autocracy as one party skews the electoral process in its favor.

Judaism, of course, starting with the Torah, has much to say about voting rights and our own responsibility to register and vote, and to ensure that others have that same right to vote.

With apologies to Maimonides and others who say otherwise, God did not want Israel to have an earthly king, but God understood that they might want one nonetheless. So, as Moses told Israel in Deuteronomy 17, “If, after you have entered the land … you decide, ‘I will set a king over me…,’ then yes, you may set a king over you, one chosen by the Lord your God. But the king you place over you must be one of your own people….”

In other words, even if God chooses a candidate, the people have the final say. As the sage Rabbi Yitzchak put it: “One may only appoint a leader over a community if the community approves of the appointment.” (See the Babylonian Talmud tractate Berachot 55a.)

Over the vehement objections of the prophet Samuel, Israel finally decided it wanted an earthly king. God told Samuel to agree, even though “it is Me they have rejected as their king…. Heed their demands and appoint a king over them.” While God directed Samuel to choose Saul, Samuel nevertheless had to assemble the tribes and get them to agree. (See 1 Samuel 8-10.)

God later chose Saul’s successor, King David, and, again, God’s choice had to be approved by the people. (See 2 Samuel 2 and 5.)

So the mandate for the right of people to choose their leaders was given by the Torah itself.

Who, however, has the right to vote? In most ancient societies, only landowners could vote, as was the case here for many years. The Torah solved that problem for ancient Israel by making everyone a landowner—in perpetuity, in most cases, because if someone was forced to sell ancestral land, that land would revert to that person or family at the Jubilee Year. (See Leviticus 25:10.)

Of course, elections today have taken on a newer, supposedly more democratic shape. Various Jewish laws, taken together, mandate that every adult citizen, male or female, of whatever race or ethnicity, Jew or non-Jew, not only should have the right to vote, and that we have the obligation to protect their right to vote.

As I noted in my last column, the late Ben-Zion Meir Chai Uziel, who later would become the Sephardi chief rabbi of British Mandatory Palestine—a post he held in the State of Israel until his death in 1953—argued as much in 1920. It was inconceivable, he wrote, that people (in this case women, specifically) would be required to obey elected officials, and yet be denied the right to choose those officials.

In my last column, I also quoted the late Rabbi Aharon Soloveichik as saying that we Jews must “always identify with the cause of defending the aggrieved, whosoever the aggrieved may be.” (See his “Logic of the Heart, Logic of the Mind: Civil Rights and the Dignity of Man,” pages 64-67.)

“Defending the aggrieved” means defending the voting rights of everyone, regardless of who they are, just as we must defend all other rights that should be enjoyed by everyone. The Torah itself made that clear over and again, and our prophets seconded it. Said Isaiah, “Devote yourselves to justice; aid the wronged.” (See Isaiah 1:17.) The prophet Micah put it this way: “[God] has told you, O man, what is good, and what the Lord requires of you: Only to do justice and to love goodness, and to walk modestly with your God.” (See Micah 6:8.)

The Psalmist, too, makes this point. In Psalm 15, he asks rhetorically who may live in God’s tent. The first answer he gives is, “The one who lives without blame, who does what is right, and in his heart acknowledges the truth.”

Then there are the very pointed words of God quoted by Jeremiah to the exiled Jews in Babylon. “Seek the welfare of the city to which I have exiled you and pray to the Lord in its behalf; for in its prosperity you shall prosper.”

One way to “seek the welfare of the city” is to ensure that everyone has a share in that city, or state, or country. When a legislative majority of one party imposes restrictive laws that effectively deny the right to vote to supporters of the opposition party, or when they gerrymander election districts in their favor, then supporters of the opposition party are in effect disenfranchised.

Perhaps it is too early to declare July 4th to be a secular Tishah B’Av, but the warning bells are getting louder thanks to Republican voter suppression efforts, and especially to Mitch McConnell and his obstructionist Senate Republicans. 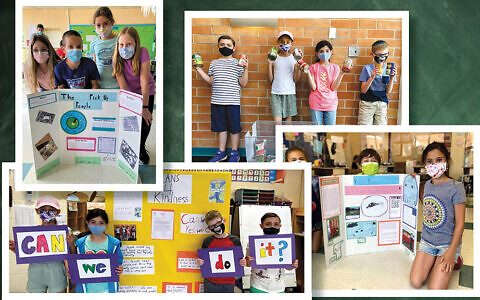 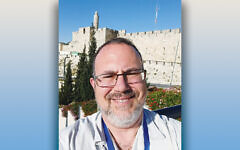 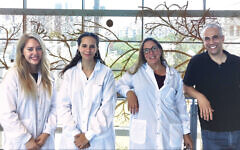 ‘They all care a lot about science’
Abigail Klein Leichman 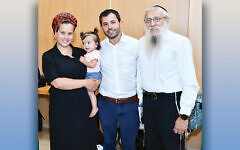 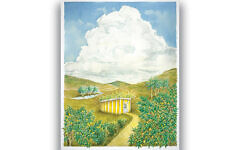 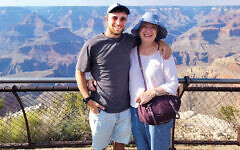