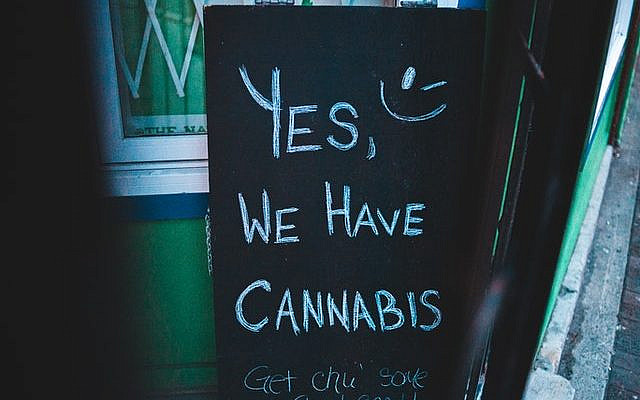 Soon to be a common sight in Israel? (Free for Use Photo by Erik Mclean from Pexels)

Are you short of a bit of cash? No problem – just get a gun, walk into the nearest bank and ask the cashier to fill you a bag. If he makes a fuss, just shoot him (or her, we must uphold gender equality). In fact, you might as well shoot him (or her) whatever they do. But, before you go into the bank, make sure that you get high on marijuana. You will be untouchable, beyond the reach of the law.

That unpleasant neighbour across the road shouting about your rubbish bin again? Take a bit of marijuana and your trusty gun. Problem solved.

Feel like some fun? Try driving your car at 120 kph round your local streets. To make it really exciting, drive on the wrong side of the road. You can ignore any traffic lights; they are just for decoration. But be sure you have your marijuana handy in case some nosy policeman tries to stop you. You cannot legally drive after just a couple of glasses of wine but marijuana will sail through any breathalyzer test.

But to be quite sure there will be no consequences, you must be in France. I haven’t checked everywhere; there may be some countries, out of step with modern times, where marijuana won’t help you.

The French top court, the Court of Cassation’s Supreme Court of Appeals, agreed with lower courts that Kobili Traore cannot stand trial for the killing of Sarah Halimi back in 2017. Traore was too high on marijuana and was not criminally responsible for his actions.
Traore broke into Sarah Halimi’s third-story apartment. He punched the 60-year old physician and educator. After calling her a demon, he threw her out of the window.

There you have it. In France, take some marijuana and you can do whatever you like.
A few other countries have joined France and legalized the recreational use of marijuana. They include Canada, Georgia, South Africa, and Uruguay, and even some parts of the United States.

Here in Israel, those over the age of 18 can use cannabis in private. Having a home-grown marijuana plant is no longer a criminal offence. I am not sure if you can toss people out of the window with impunity. I strongly advise readers not to try it.

And finally, a note to the Times of Israel editors who carefully check my blogs to make sure they meet their high standards – I have taken a puff of marijuana before writing this, so anything I have written must be accepted.