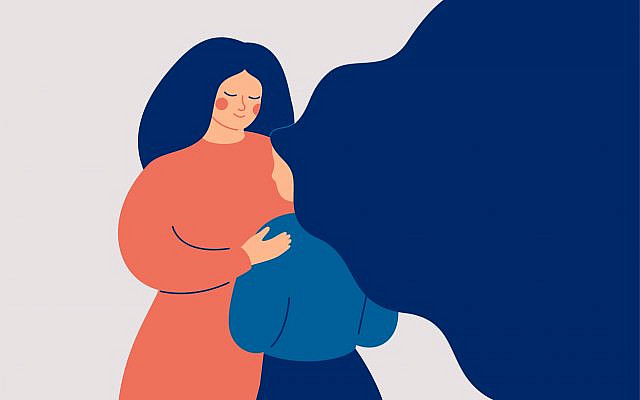 Yesterday was the second anniversary of my daughter’s death. After the memorial service, I was speaking with a small group of people about how my daughter Gavriella would have wanted us to try and move on and to live our best lives without her. One of the people in the group asked, “How do you know that? Did she leave a message?” And I froze for a second, because that is a question I feel invades our family’s privacy in a totally unacceptable way.

There are a lot of things that I am willing to talk about, and I do, often publicly. As the executive director of an eating disorder organization and as someone who lost her daughter to suicide, I give interviews, I do podcasts, and I speak about it on different platforms. I never refuse an opportunity to spread awareness about eating disorders and suicide and to offer whatever knowledge and insight that I have in this area. But there are red lines about what is and is not acceptable to ask me, and apparently, they are not clear. So, I thought that for greater good of families out there who have lost loved ones to suicide, I would shed my personal clarity on this topic.

Losing a family member to suicide is an indescribable trauma. Asking inappropriate questions can trigger that trauma even more. But on a more basic level, it’s just rude.

On a different day of shiva, a friend started asking about whether we were expecting my daughter’s suicide. I responded that I preferred to speak about my daughter’s life and not about her death.

But come on people, really?

As I said, apparently, it’s not clear what is and is not acceptable to ask someone whose child has died by suicide, so I’m going to write down what I would have thought is obvious:

Don’t ask how someone died by suicide.

Don’t ask who found the person.

Don’t ask whether it was their first suicide attempt, or how many attempts there were in the past.

Don’t ask whether they left a note.

Don’t ask whether their suicide was “expected.”

Just don’t ask. There are no good answers here and asking these questions can exacerbate the already intolerable pain that people who have lost a loved one to suicide are experiencing.

This applies no matter how close you are (or you think you are) to the person who lost a loved one to suicide. Generally speaking, no one wants to relive any of the details. If they do, it’s their prerogative to bring it up to you, but it’s not okay for you to ask questions that cause them discomfort.

I am happy to answer questions about my daughter. I am more than willing to speak about her love of children, her work with kids from damaged homes, her interesting taste in music, her kind and giving nature, her brilliant intellect, her gravitation toward those who needed friends, and her dedication to her family. I am okay talking about the eating disorder and suicidality that claimed her life. It’s hard for me, and it takes a toll, but it’s important, and I do it from a place of wanting to help others. But I am not willing to answer questions related to how my daughter took her own life, because any questions in that realm fall solidly under the category of “none of your business.”

About the Author
Judy Krasna is the Executive Director of F.E.A.S.T. (Families Empowered and Supporting Treatment of Eating Disorders). She is the mother of four children, including a daughter who struggled with an eating disorder for 13 years before taking her own life, and is an eating disorders parent advocate. She offers free support and advice to parents of people with eating disorders. Judy is an active member of the Academy for Eating Disorders and advocates both in Israel and globally. Her greatest accomplishment to date is being the grandmother of 3 incredibly adorable children. She can be reached at judy@feast-ed.org.
Related Topics
Related Posts