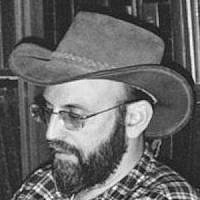 The Blogs
Yosh Mantinband
Apply for a Blog
Please note that the posts on The Blogs are contributed by third parties. The opinions, facts and any media content in them are presented solely by the authors, and neither The Times of Israel nor its partners assume any responsibility for them. Please contact us in case of abuse. In case of abuse,
Report this post.

I could not bring myself to say the words. I still can’t. When I read the notice on that Monday morning, they were the first words I saw. But I could not make them my own. They’re the words that every believing Jew says when getting such news, but I couldn’t say them.

And I was angry at myself. Why couldn’t I accept what was happening? I heard the words, but my mind recoiled. They spoke of “palliative care” and “home hospice”. Surely this was just to keep Alan comfortable while they figured out how to fix what needed fixing. I couldn’t face up to what I knew these words meant. Why didn’t I get more involved? Why didn’t I visit him one more time? Or many more times?

Alan was a good, good friend. Our friendship went back to our early days in Israel, more than 30 years ago. He and his family lived in the building next door. Our kids were the same ages. We walked them to and from kindergarten and school together. We shared holidays. Rather than individual sukkot, we built one huge joint sukkah — and invited other families to join us who didn’t have their own.

For Pesach, Alan always bought a new haggadah. He managed to find amazing ones. One year he found a particularly beautiful one and bought two copies, giving us one as a gift. I take it out every year.

We were both technologists. It was easy to spend hours talking to Alan about the things that interested us both. He was a smart guy and talking to Alan kept me on my toes.

More important than those tech talks, were Alan’s insights into daily life. He saw the world through a better lens than I. He gave me new perspectives – an alternate view of reality. Once when our children were small I was sitting next to Alan in shul. I noticed once again that a small wooden piece had come loose on the back of the seat in front of us. I was annoyed. I complained to Alan. He said “No, no, it’s perfect. That can keep a kid busy and quiet for hours, playing with it!” I laughed. He was right. It was perfect.

While this example is inconsequential, it was representative of Alan’s approach. I see things that need to be fixed in the world — he saw how they fit into the world as they were. He opened my eyes. With his different perspective he defused my anger.

Not that his holistic worldview kept him from doing his share (and more) in improving the world. He built complex systems for companies that helped them work better. Most recently he was making significant contributions in the area of homeland security.

Good neighbors and good friends. But they moved and we moved. We were no longer next door. No longer living in the same city. Sometimes a good long stretch would pass between the times we saw each other. But our relationship was like a good book I’d set down in the middle of reading. I knew I could pick it up any time and continue right where I’d left off. And we did it many, many times.

We shared each other’s family simchas. When I was a teenager, I loved photography — but over the years I grew out of it. When our daughter got married, Alan contacted me after the wedding. He’d taken tons of pictures. Great pictures. I hadn’t even noticed he was doing it. It inspired me to get a new camera and reignited my own passion for picture-taking. Since then I’ve taken tens of thousands of pictures. Alan had a real feel for composition and timing. I take a lot of pictures and some of them are really good. Alan took a lot of pictures and they were almost all great.

When the first of Alan’s daughters got married, the wedding was the same night as a family wedding we had to attend. But how could we not go to their daughter’s wedding? Finally, when we extricated ourselves from the family wedding, we sped over to his daughter’s wedding hall. It was close to midnight. My heart sank as we entered the nearly empty parking lot. Surely we’d missed the whole thing. We parked and walked towards the hall, feeling guilty and sheepish. There was Alan bidding farewell to some of the guests. He turned and saw us. “Just in time!” he exclaimed with genuine pleasure. He led us in and we joined in the final hour of wild dancing with the closest friends who’d stayed.

“Just in time!” was Alan’s trademark line. With those words, he put people at ease, made them feel welcome. He didn’t just say it, though — he meant it. Whenever you saw Alan, it was exactly the right time to see him and he let you know it.

Alan was generous with his time, talents and money. His friends knew they could call Alan for help with their computer, TV, phone, with moving or whatever. He was active in his synagogue, and helped to keep it running for decades. There is so much more to say about his generosity and I don’t even know the half of it.

A year ago I had the chance to walk over to Alan’s house on a Shabbat afternoon. As usual we picked up right where we’d left off. After mincha, he took me on a hike around the hilltops behind the shul, pointing out things I’d forgotten or never seen. The squills were in bloom and Alan delighted in showing them to me.

A couple months ago, I saw Alan at his youngest grandson’s brit. What a happy occasion. Alan looked great! I remember thinking to myself that he was really on the mend and the cancer was history.

Then a few weeks ago — Alan is in the hospital. I went to see him every day that first week. He was released to go home. Good news! He was strong enough to leave and continue recuperating outside the hospital. Shortly after, though, he was back. We called and texted, but couldn’t get to the hospital, busy with our own family health issues.

Released again to go home. “Good news!” I thought again. Then the words I couldn’t hear and couldn’t accept, my mind recoiling again as I recall them.

What was Alan feeling and thinking at his ultimate encounter — meeting G-d? Had he experienced enlightenment and full understanding and acceptance? Was he angry? Angry about being ripped from his family and friends with so much incomplete? Was he nervous? Trepidatious? Scared? Was he at peace? Was he hopeful? Was he excited about uniting with G-d, bringing his divine spark back to the source? Was he troubled about unfinished business? Unspoken sentiments?

Whatever Alan was feeling as he encountered G-d, I want to believe that G-d put him at ease, saying “Alan, great to see you! You’re just in time!” And Alan understood.

And when I can understand that, maybe then I’ll be able to say the words.

Alan Birenbaum (ob”m) passed away two months ago, on the eve of the Hebrew month of Elul, 5777. This essay was written in the weeks following his passing and is presented in tribute to his memory.

About the Author
Yosh Mantinband was originally a Texan and grew up in the Show-me State, but for over 30 years has been a proud Israeli. While much of his professional life has been spent doing boring stuff like engineering, his interests and activities are far-ranging. Not only that, but he is also proficient at headstands, a master of Bob-a-Loop and a string figure aficionado.
Related Topics
Related Posts
Comments