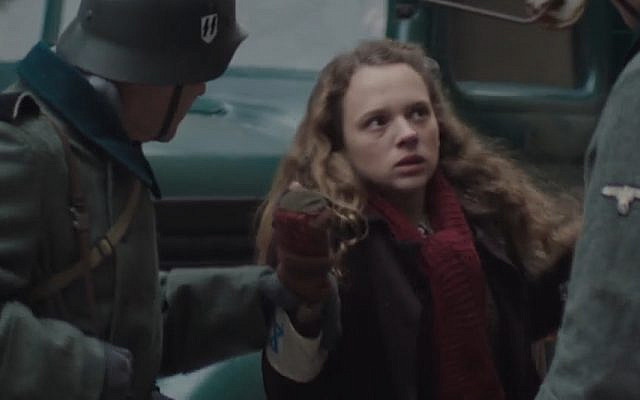 In light of International Holocaust Remembrance Day, I can’t help but notice how often we associate the Holocaust with male voices or male heroes. Elie Wiesel, Primo Levi, Oskar Schindler, Marek Edelman, Janusz Korczak, Mordechaj Anielewicz, Emanuel Ringelblum, Władysław Szpilman, the list goes on. Now don’t get me wrong, I am not by any means trying to discredit these men nor dishonor their horrific lived experiences during the orchestrated genocide against European Jewry nor downplay their heroic acts. I am simply asking, how often do we hear about the Holocaust from a woman’s perspective? The first person we probably think of when asked that question is Anne Frank. Then, maybe Irena Sendler. How often do we commemorate or publicly recognize the heroes from the Holocaust who were women? Even less still.

As a Research Department Intern at Yad Vashem, I have read countless testimonies written by women (originally in Polish) that recount how upon their arrival to Auschwitz from the Łódź Ghetto they were stripped naked in front of male Nazi soldiers, were forced to stand for long periods of time without access to clothing, had every part of their body shaved, and had to bear sexual harassment from Nazi soldiers, Kapos, and sometimes even from male prisoners. The fact that I can reproduce from memory nearly every detail of the dehumanization process that these women testified to while the vast majority of Holocaust memory does not even mention it downright bothers me. Jewish women during the Holocaust not only faced extermination due to the fact that they were Jewish, but they also endured dehumanization as women.

(Taken from a film review that I wrote on the Zookeeper’s Wife for a course on Digital Holocaust Memory) In more widely-circulated testimonies, books, memorials, monuments, graphic art, and movies about the Holocaust, rarely have women played the leading role. Rather, we see them as voiceless, or sometimes even sexualized, victims in the background of the main male character’s story. Certainly, not all of these forms of commemoration document true events with real characters, but the prevalence of male perspectives in these authentic or fictional stories truly dominate the genre. A film called the Zookeeper’s Wife, with many central female characters, even reduces the strong female lead (Antonia Zabinska, played by Jessica Chastain) to simply the wife of a zookeeper. Within this film, I would like to focus on how Urszula, a young girl from the Warsaw Ghetto who was brutally raped by Nazis prior to her rescue by the Żabiński family, broke through the film frame by not remaining a nameless, silent victim.

Played by the incredible Shira Haas, Urszula appears on screen as the stereotypical silent, female victim in a Holocaust movie, but then the scene quickly turns into something much more sinister as two tall Nazi soldiers grab her arms and maneuver her towards a dark tunnel. We witness this through Jan Żabiński’s perspective as he sits in his truck on his first trip into the ghetto as part of collecting trash for the pig farm at the Warsaw Zoo, a cover for the Żabińskis to use their zoo as a holding spot for smuggling Jews out of the ghetto to safety. As Jan finishes loading his truck and hiding a few children from the ghetto, Urszula reappears with dark blood draining down her legs, her clothes ripped and tattered, her legs stumbling in slow, exaggerated steps, and her pain-stricken eyes welling with tears.

In all the Holocaust films I have watched over the years, I have never seen such an explicit portrayal of a Nazi raping a girl or woman, Jewish or non-Jewish. Come to think of it, I don’t think I have ever seen a reference to Nazi rape within the Holocaust genre, only concentration camp prisoners visiting brothels that housed other prisoners of the camp. Once in the Żabiński home, Urszula does not speak nor leave her spot for a good portion of the film, but Antonina gives her a box of new colored pencils and a bunny. Both of these gifts invokes a sense of child-like innocence, which Urszula had had violently taken from her by the bruteness of the Nazi soldiers who raped her. With the colored pencils, she draws a variety of animals and pictures on the walls near her and eventually speaks for the first time in the movie to the other children hiding in the basement, telling us her name (or rather “what they called me” as if she couldn’t identify with that name after the rape) and the name of the bunny, who she named after her brother, Piotr. At this point, we finally see Urszula not just as the “girl who was raped”, but as a person who had a life and a family prior to her appearance on screen.

Whether or not the character of Urszula documents the story of a real life girl that the Żabińskis saved from the Warsaw Ghetto and housed in their zoo for the duration of the war, it’s safe to assume that Nazi soldiers across the occupied territories raped women from the local population, including Jewish women who were forced to reside within ghetto walls. While scholarship does not widely publicize that reality and while global Holocaust collective memory tends to focus on the male Jewish experience particularly in concentration camps, we must remember all forms of dehumanization that the Jews of Europe sustained and methods of survival that they resorted to in order to avoid certain death. This especially includes the recognition of the heinous sexual crimes committed against women and the need to raise awareness for their explicitly female suffering in the midst of their degradation and planned extermination as Jews.