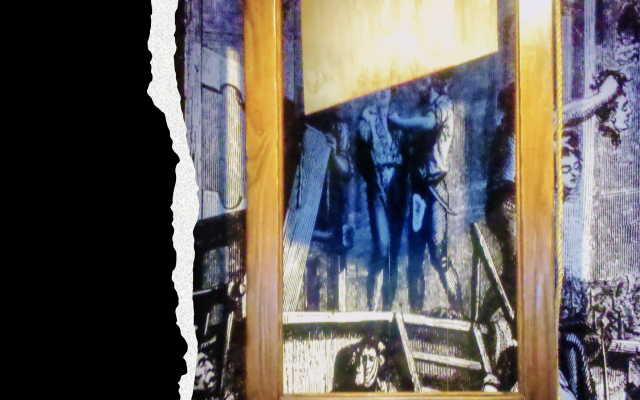 France is denying justice for the brutal anti-Semitic murder of a 65-year old Jewish woman, Sarah Halimi. Yelling “Allah Akbar” and anti-Semitic slogans, 27-year old, Kolibi Traore, brutally beat and murdered his Jewish neighbor, throwing her out the third-floor window of her apartment in France in 2017.

Already in 2002, the Brookings Institution quoted an Israeli government official that France was the “worst Western country” for anti-Semitism and they feared that France’s 600,000 Jews may be in “great danger.”  The French government’s attitude was summed up by their official who stated that Israel was a “s—ty little country!” Anti-Semitic acts in France were up 74% in 2018 and another 27% in 2019.  In 2019, the New York Times reported that the French Interior Minister openly admitted that “Anti-Semitism is spreading like a poison; like a bile” in France.  In 2020, Judith Miller in the New York Post, reported that “the most dangerous place to be a Jew in Europe is France” and France is failing to fight it!

The case of the Sarah Halimi is yet another example of the anti-Semitism taking deep root in France, where rather than ensuring Justice for her barbaric murder, a second French court has now absurdly affirmed a lower-court ruling that the alleged perpetrator Traore cannot be held criminally responsible simply because he was on marijuana! Incredibly, these French justices ruled in this completely nonsensical way even as cannabis is being ruled legal for medicinal and even recreational purposes in more and more countries around the world.

I have two simple questions for the French justices that voted to acquit the Anti-Semitic, murderer Kolibi Traore:

It is inconceivable that a modern, western nation as France (part of the EU, NATO, the UN, etc.) would allow violent, racist, hate-mongers, and murders completely off the hook simply because they were high on some cannabis or for any other lame excuse like that. This is not rational. It is not human or civilized. And it is certainly not justice. Jewish blood is not cheap and Kolibi Traore cannot be allowed to go free. France needs to make this right because Sarah Halimi, a citizen of France, was butchered there because she was a Jew, and letting radical Islamists commit violence and terror like this is a danger not just to the French, but to everybody.