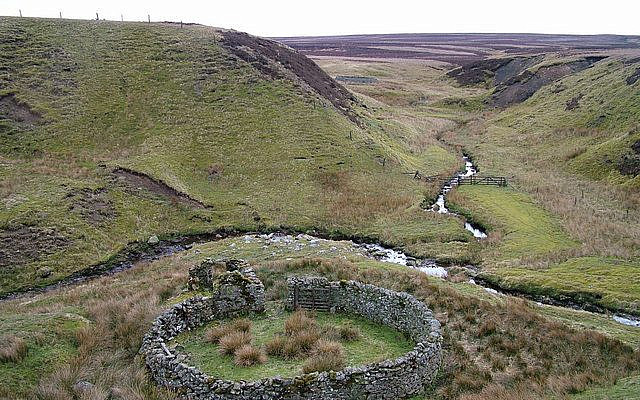 There are two types of Kabbalist.  Both types study in order to become closer to HaShem, but their approach to the four worlds is split two ways depending on whether they learned the Merkabah or not.

One type (like Isaac Luria) used the Tree of Life as a map that spans the four worlds, and to each world there is also a Tree of 10 sephiroth.  But those Kabbalists, like Joseph Gikatilla and Moses ben Leon, who knew the diagram of the Seven Palaces conceived of a different and most secret arrangement of the four worlds.

Lastly there is the world of Assiah (action) and the Tree of Life.  The Tree became the representation of the world above from the point of view of an individual that is subject to time.  In the world above and on the Seven Palaces, light and darkness, day and night are seen in balance, represented by the Palaces of the Aleph, but in the world below (in Assiah) an individual may only know day or night as reported from his senses.  He cannot appreciate Noon at the same time as Midnight as he could from the world above.  Similarly, on the Seven Palaces there is a door that allows souls to be born upon the earth (the First Palace of the Heh) and another door that allow souls entry to heaven upon the death of the body, but in the world of Assiah we may only appreciate the creation from one who is already living.  Therefore the sephiroth reflect the creation above but in a way that is relevant to the individual man or woman.

Pythagoras coined the terms ‘Microcosm and Macocosm’ from this conceptual framework, but it was preceded by Genesis when Hashem created man in his image.  The genius of the Kabbalists was to map a route to Hashem by aligning the microcosm of man with the macrocosm of God so that they might better serve his will on earth.

Once the Merkabah is known, that path becomes clearer.  If one only uses the Tree as a map there are matters that remain puzzling about certain kabbalistic subjects; for instance, the talk about the 50 gates (49 for Man and 1 for God).  There are only 32 gates to the Tree of life (including the sephiroth).  The extra 18 gates which are needed to make the 50 count are to be found between the Seven Palaces.  Also some areas of the Zohar, the Bahir and the Shaarei Orah are not comprehendible without first studying the Seven Palaces.  Even parts of the Talmud remain cryptic if you do not use the gematria of the Torah which belongs to the Merkabah.

On the other hand, because the Merkabah was hidden from sight, its obscurity left a hole in the fabric of Kabbalah that has been filled with some marvelous thoughts and concepts that really focus and motivate the individual towards a closeness with god, for instance the “shattering of the vessels” and the idea of Tikkun Olam – the repair of the world through prayer and ethical as well as ritual mitzvot.  These are concepts that bring life and purpose into modern day Judaism.

Since I am a Noachide, my appreciation of the Merkabah is akin to that of an architect who stumbles across some marvelous plans for a house, but as much as I admire it all, I do not live in the house.  I do not know it as a Jew knows it; by intimate daily familiarity across a lifetime of observance and immersion in the culture, and I realize my limitations in this respect.  I can only say that I appreciate both types of Kabbalists and Kabbalah side by side, hand in hand, cut from the same cloth and making the world a better place for it.

And now for some recent gematria, that may be checked using the Shematria calculator.

777.
“Not shall depart the scepter from Judah and the staff between his feet until that comes Shiloh and to him the obedience of the people.” ~ Genesis 49:10

You first need to divide וּמְחֹקֵ֖ק by 2 as the verse says it is ‘between’ the feet. Note also that שילה has been corrected to שלה as there should be no letter yod in this word.

“For YHVH Elohika is bring you into a land good, a land of brooks of water of fountains and springs flowing out of valleys and hills.” ~ Deuteronomy 8:7.

I have read the verb ‘יֹצְאִ֥ים’ (flowing out) as subtraction.

“And your Father has deceived me and changed my wages ten times and not did allow him Elohim to hurt me” ~ Genesis 31:7

“With all diligence, keep your heart for from his number the issues of life.” ~ Proverbs 4:23

See also Berakhot 8a. in the Talmud.

Thank you for reading my blog.  Please check out the database for more gematria, and stay tuned for numerical honey at my next update.

About the Author
Bethsheba Ashe is an INTJ author, cryptographer, programmer and creator of the world’s first dual logographic and alphabetical writing script. She’s a bit of a geek and learned Python at age 47 so she could code the Shematria.com calculator. She is the author of six books and one screenplay, and is proud to be a weird woman. In 2019 she was ranked in the top 0.5% of authors by academia.edu.
Related Topics
Related Posts
Comments