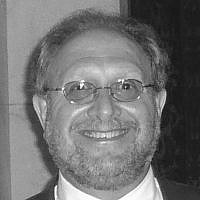 The Blogs
Robert L. Kern
Apply for a Blog
Please note that the posts on The Blogs are contributed by third parties. The opinions, facts and any media content in them are presented solely by the authors, and neither The Times of Israel nor its partners assume any responsibility for them. Please contact us in case of abuse. In case of abuse,
Report this post. 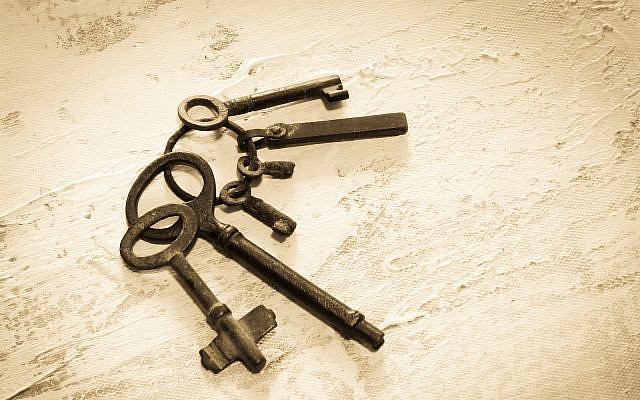 Palestinians are holding keys to homes their families inhabited or built-in Jerusalem neighborhoods such as Lifta (a village within the city), as well as in Yafo, Sirin and more. My friend Sarah Tuttle-Singer, new media editor at The Times of Israel, wrote recently and movingly about a woman she met in Los Angeles who lives in Amman but has the key to her grandmother’s home in Jerusalem. She has also told us about her friend Fadi who still holds the keys to the house his father built in Bakka. Neither Fadi, nor the woman from Amman, are going to regain these properties, regardless of what keys they may have.

Holding on to keys for places left behind is universal. There are Indians and Pakistanis from Kashmir who still hold the keys to family homes they were forced to abandon. I have old keys from past residences and even a key from a bed and breakfast in London where I stayed decades ago.

There are Jews who hold old pre-1948 keys or deeds to residences in Jerusalem’s Sheikh Jarrah neighborhood and want to evict the Palestinian families who have lived there for more than 70 years. If Sarah’s friend Fadi cannot reclaim his father’s home in Bakka, these old claims should not be able to dislodge the current residents. Also, Palestinians have been in that neighborhood far longer than 1948. My friend Zena’s family moved from the Old City to Sheikh Jarrah nearly 200 years ago!

Kfar Etzion’s population was massacred a day before Israel declared its independence and the kibbutz was razed. After that, the other Etzion communities surrendered. Left barren, Gush Etzion was repopulated after the 1967 war.

By the same logic, why haven’t the descendants of Lifta, whose families evacuated their homes under fire in 1948, been allowed to return to their empty, still standing village in Jerusalem? In 2017, Israel gave the site, known in Hebrew as Mei Niftoach, to the Israel Nature and Parks Authority as a national nature reserve. Before then, Israel used the village to house Yemini and Kurdish immigrants; however, these olim never registered these homes in their names and moved on many years ago.

If there is ever to be a chance for peace and two states living side by side, Israel and Palestine, we need to get past these roadblocks.

Keys without locks cannot open anything. They are keepsakes, at best, and perhaps better to stay that way. Maybe the Middle East is like a giant game of musical chairs, in need of someone with the beitsim to come along and stop the music.

About the Author
Robert L. Kern has served as Director of Marketing & Communications for several "American Friends," Zionist and Jewish organizations. He is a former President of the American Jewish Public Relations Society and a member of the Executive Committee of the American Jewish Press Association. The views and opinions expressed herein are solely those of the author.
Related Topics
Related Posts
Comments
Advertisement