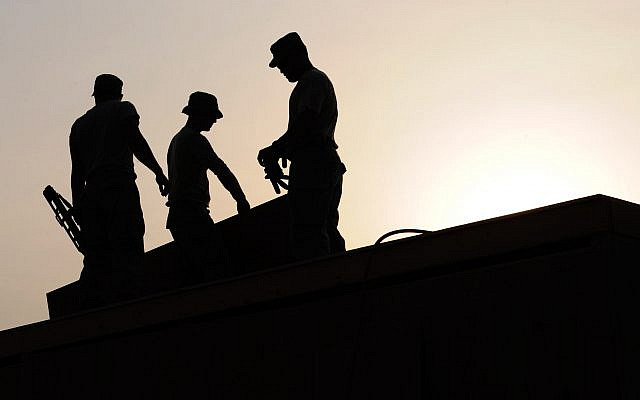 It is an unfortunate reality that inequality permeates our reality so strongly that, to many, it is considered an inevitable misfortune of life that lacks resolution. Acceptance of injustice grants complacency the rite of passage to lay its anchor. We need not stress over what cannot be changed. Even worse—and perhaps more troubling—is when complacency welcomes in its not-so-distant cousin: complicity. Those who, at one point, were sympathetic spectators now become willing contributors, excused of wrongdoing because of nature’s unabated unfairness.

For morale, this phenomenon is devastating. We all know how easily evil can solicit new participants. At first, it is reprehensible. At second, it is not for one’s liking. Sometime after, it may not be so bad after all. Normalizing ethical failures makes them more approachable. But it is not only the wrongdoer who bears the brunt of these missteps. Instead, it is the victims.

In Parshat Ki Teitze, Bnei Yisrael are told, “You shall not abuse a needy and destitute laborer, whether a fellow Israelite or a stranger in one of the communities of your land” (Devarim 24:14). In anticipation of entering the Land of Israel, there is a warning about mistreating the disenfranchised workers among the people. Those servicing the needs of the people—the tasks and jobs perhaps too difficult or too demeaning to be undertaken en masse—deserve dignity and fairness. Still, a deeper message sits beneath the surface.

Ramban writes that the Torah describes a contemporary phenomenon in which those in need will hire themselves out for compensation. True he wrote from the 13th century, but service workers are not absent from today’s economy. The essence of the Torah’s description can extend beyond strict definitions. That said, Ramban quotes the Sifrei in saying that the Torah spotlights the “needy and destitute laborer” to imprint upon the people that Hashem will act with greater urgency for those people than anyone else. Indeed, they are the most vulnerable among us.

Building from this outlook, Rabbi Sampson Raphael Hirsch points to the context of this warning. Bnei Yisrael are set to enter into a new land, to begin their national construction of society. It is a revolution from its inception. In that vein, he says, should the people fail to heed this prohibition, should they choose to exploit their laborers, it would undermine their flourishing. The poor need not be the poor forever. Policies, behavior, and culture are factors that dictate the limitations burdened upon people.

In his Sefer Hamitzvot, Rambam spends a relatively lengthy portion on the great caution that should be taken against exploiting the struggling worker (Negative Commandments, 247:1). It is nothing he takes lightly and, by the contrary, he sees it as a halakhic and ethical imperative to uphold the economic fairness.

The most vulnerable among us lack the safety, security, and protection necessary to propel their growth. They sit in the shadows of a world that pays them no proper attention, that sets their concerns and needs aside into the towering darkness of “not my problem.” And such callousness is not far off from a camaraderie with evil. It begs us to consider where the vulnerable sit among us. They are here—there is no question about that. There is question, however, about whether or not we can recognize them. And once we do, once we look into the tender eyes of those under injustice’s boot, we must promise to be their advocate. We shall not abuse—and we shall assist.