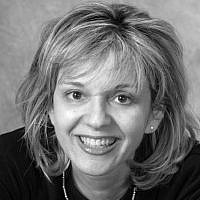 The Blogs
Sarah N. Stern
Apply for a Blog
Advertisement
Please note that the posts on The Blogs are contributed by third parties. The opinions, facts and any media content in them are presented solely by the authors, and neither The Times of Israel nor its partners assume any responsibility for them. Please contact us in case of abuse. In case of abuse,
Report this post.

On Tuesday evening, the US House of Representatives overwhelmingly passed a bill placing strong sanctions against Russia for its meddling in the US elections. Somewhat overlooked by the media is that the bill also sanctions North Korea and Iran.

The responses by these two countries have been predictable.  North Korea has threatened to send a missile to “the heart of the US.” Pyongyang has been working on an intercontinental ballistic missile system, and the Pentagon’s latest assessment is they will have a nuclear tipped one by 2018.

If you are worried, you ought to be.

Iranian President Rouhani has warned the United States that Iran will reciprocate if the US imposes any new sanctions on it.  Brigadier General Masoud Jazayeri of Iran’s Armed Forces said, “We will confront any American mischief with a response that will make them sorry.”

No one actually knows how far Iran is from nuclear breakout, but the Iranian nuclear deal was supposed to have bought us time.

Earlier this month, the State Department certified compliance with the Iranian nuclear deal, although they qualified this by saying Iran is “unquestionably in default of the spirit of the deal.” The administration is also now considering “working with allies to address JCPOA’s flaws, of which there are many.”

There are many problems with this.

The most essential is that we have seen this show before, in another theater.  During the Clinton administration, a comparable deal was negotiated with the North Koreans. The US gave hundreds of millions of dollars in food and oil to the North Koreans in exchange for a promise to stop working on their nuclear program.

On July 4th the North Koreans revealed how well this worked by launching the Hawasang-14, an intercontinental ballistic missile. This is the 17th missile North Korea has fired since February. Said Kim Jong-Un, the North Korean dictator, “American bastards will not be very happy with this gift sent on the July 4th anniversary.” He added, “we should send them gifts once in a while to help break their boredom.” Mr. Kim has learned that with the nuclear umbrella shielding him, he can further blackmail the United States, and threaten and intimidate his neighbors in South Korea and Japan with near total impunity.

This is the clear result of “kicking the can down the road” that we have engaged in for the last 25 years with North Korea. What have we learned from the North Korean example?

Apparently, not much. However, the Iranian situation is much graver. That is because they are a theocratic regime, which believes that destroying the United States, the Sunni nations and Israel will bring about their version of the Messiah, the 12th Imam.

President Obama had said during an interview with National Public Radio in April 2015, “And it is possible that if we sign this nuclear deal, we strengthen the hand of those more moderate forces inside of Iran.”

How has this worked out?

Since the Iranian nuclear deal has been signed, Iran has been using its $150 million in unfrozen assets only to enrich, embolden and empower the reigning Mullahs, and to sow hostility in Yemen, Iraq, Lebanon and Syria, where they have a distinctive military presence and approximately 150,000 missiles staring down Israel’s border. The moderates have not been strengthened, but have either been executed or are languishing in prison.

Meanwhile, by certifying compliance, even under the far too lenient conditions of the JCPOA, we are constraining ourselves to the very poor terms of the deal, which never forced Iran to dismantle its nuclear infrastructure, but simply to replace its outdated centrifuges with a limited amount of more advanced ones.

According to the congressional testimony of David Albright, president of the Institute for Science and International Security, Iran is operating more centrifuges than is permitted under the JCPOA.

As reported in the Financial Tribune on April 10th, President Rouhani said the nuclear deal has allowed Iran to commercialize its nuclear industry and engage in nuclear trade with other countries, pointing to Iran’s 2016 export of heavy water to the US and Russia and various nuclear-related products to other countries, and its early February import of yellowcake from Russia.

According to the JCPOA, there is a cap on the amount of heavy water that Iran is allowed to produce and retain, but Iran has exceeded the limits. Iran has claimed the right to exceed the limits and retain these stocks, as long as it is “seeking” an international buyer.

Beyond that, it was revealed by U.S. Senator Tom Cotton and now CIA Director Mike Pompeo, that the Iranians have several secret side deals with the IAEA that are unknown to the American people or Congress, and perhaps even members of the current administration. The JCPOA that we have reviewed is 159 pages long. The one that the Mahjlis, (the Iranian parliament), voted to endorse is over 1,000 pages long. What is in their copy that ours is missing?

In order to monitor compliance, we have to know what has really been agreed upon by the Obama administration.

According to the Iran Nuclear Agreement Review Act of 2015, every 90 days the administration is supposed to certify that the suspension of nuclear related sanctions is in the vital national security interest of the United States. It is very difficult to be able to make that case, unless the administration is simply buying time while they figure out another strategy. In fact, it looks like the Iranians are working assiduously on developing an imminent threat to the United States, as we are trying to get a grip on the multiple threats that the Obama administration’s policy of retreat and appeasement has bequeathed us.

Said President Trump, “If it was up to me, I would have had them non-compliant 180 days ago.”

By certifying compliance, we are enabling the Iranians to proceed at the peril of our own lives, and those of our children and grandchildren.

Sarah N. Stern is the Founder and President of the Endowment for Middle East Truth, (EMET), an unabashedly pro-American and pro-Israel think tank and policy shop in Washington, DC