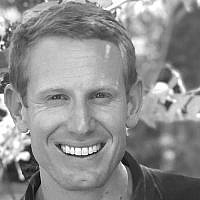 The Blogs
Micah Q. Jones
Apply for a Blog
Please note that the posts on The Blogs are contributed by third parties. The opinions, facts and any media content in them are presented solely by the authors, and neither The Times of Israel nor its partners assume any responsibility for them. Please contact us in case of abuse. In case of abuse,
Report this post.

As has been covered extensively by American and international news media, General Qasem Soleimani’s death on Friday, January 3, 2020, in Baghdad, Iraq, was a history-altering event. The legal and justifiable strike of an arch-terrorist leader in a United States military theater of operations was in response to the recent attacks on the United States Embassy in Iraq and Soleimani’s history of unprecedented influence and violence within Iraq and the greater Middle East. At the time of writing this piece, it is unknown what downstream effects Soleimani’s death will have on the United States of America, Israel, or the rest of the world. Such concerns about the second and third order effects are valid (as would be the concerns about future terror and regional violence had Soleimani remained alive). Nevertheless, I believe that the United States of America’s decision to kill Soleimani took advantage of an opportune moment to make the world a safer place.

Particularly for me as a United States Army Veteran and Jewish-American deeply concerned about the survival of Israel, Solemani’s death was both a cathartic and strategic victory. Having grown up during  the Global War on Terror, I remember the media reports on the hundreds of American service members killed and horribly maimed by Improvised Explosive Devices (IEDs). Once I commissioned into the United States Army, I served with many of these soldiers who had had friends killed, or had been personally wounded, by IEDs.

Of all of the IEDs employed by terrorists in Iraq, however, the deadliest were the Explosively Formed Penetrators (“EFPs”). These concave shape charges sent molten metal at speeds that would tear through a vehicle’s armor and turn its occupants into dismembered pools of blood. EFPs caused the horrific deaths of hundreds of American service members.

Engineered by the Islamic Revolutionary Guard Corps’ (“IRGC”) elite Quds Force, EFPs had been first tested by Iranian terror-proxy Hezbollah against the Israeli Defense Forces (“IDF”), but had been “perfected” against American service members in Iraq. Solemani was the Commander directly responsible for their improvement and implementation throughout Iraq, and arguably, the greater Middle East. In killing Solemani, America avenged the deaths of 608 American military service members and brought closure for the thousands of others who were horribly wounded.

Furthermore, in killing Solemani, the United States delivered a significant strategic victory in checking the terror ambitions of the Islamic Republic of Iran. This is because Solemani was more than his position as Commander of the IRGC Quds Force.  He was, rather, the physical embodiment of the brutally violent, oppressive, and war mongering regime that he served. For the greater part of the last decade, Solemani was the key player in the entire Middle East. From Iraq, to Syria, to Yemen Soleimani was the one constant force in a chaotic storm.

For example, Solemani’s efforts in Syria are, arguably, why Syrian President Bashar al-Assad is still in power. By providing arms, supplies, and leadership via pro-Assad militias and Iranian terror-proxies, Soleimani was able to turn the tide and ensure Assad’s survival. Through his personal efforts of propping up Assad and enlisting the help of Russia’s President Vladimir Putin, Solemani was the main reason why the nearly decade-long conflict in Syria has continued to persist and why the mind numbing body count and global humanitarian crisis have only continued to grow.

In addition, Solemani directly oversaw the further support and strategy of terrorist organizations such as Hezbollah. Now a full-fledged terror-army, Hezbollah has, over the course of its existence, killed hundreds of IDF soldiers. In raining rockets into Israel’s cities, Hezbollah has physically wounded and mentally traumatized countless civilians. Soleimani ensured that Hezbollah was better equipped and more powerful than the Lebanese government. Although still incredibly dangerous, Hezbollah will now be without a key advocate and confidante.

Although a hydra will always regrow its head, there are certain leaders that are much harder to replace. As has been the case with other terrorist leaders like Osama Bin Laden, Abu Musab al-Zarqawi, and Abu Bakr al-Baghdadi, their deaths have rippled through their respective organizations, crippling many of them. The cult of personality around many of these leaders is real, and it can be difficult for their lieutenants or appointed successors to fill that vacuum. Due to his battlefield experience, personal connections, and political influence, I am doubtful that anyone will be able to fill Soleimani’s role for some time.

About the Author
Micah is a graduate of Northeastern University School of Law where he served as chair of the law school's Alliance for Israel club. He was a 2017 Rappaport Fellow in Law and Public Policy, a judicial intern to a federal magistrate judge, and a civil rights legal intern at the Anti-Defamation league. Micah served for over five years as a Military Intelligence branch detail Infantry officer in the United States Army and was honorably discharged as a Captain in 2016. The majority of his military service was spent in the Army's 82nd Airborne Division. During his deployment to Kabul, Afghanistan, he served as the aide to the Brigadier General in charge of NATO's Rule of Law mission. He was the Distinguished Leadership Graduate for his Officer Candidate School Class and his selected military awards include the Bronze Star Medal for Meritorious Service. Micah is a graduate of the US Army Ranger School, US Army Airborne School, and US Army Army Survival, Evasion, Resistance , Escape School (Level C). He is an Adjunct at The MirYam Institute. Follow their work at www.MirYamInstitute.Org
Related Topics
Related Posts
Comments