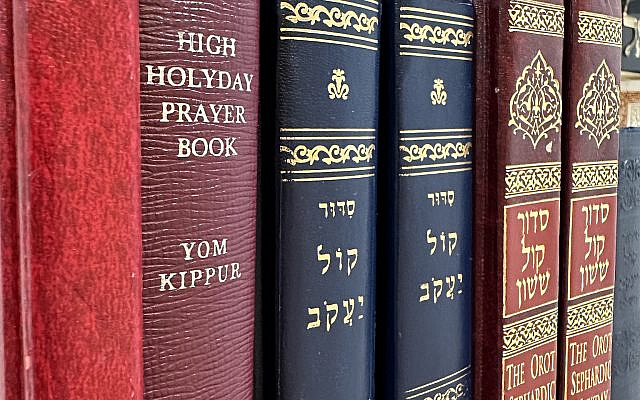 So we’ve emerged. And “emerged” is the mot juste, without sounding too stagy about it, for of all Jewish holidays that one is the most trepidatious towards the coming into, and the most relieved at the coming out of, Yom Kippur is the obvious and incomparable and undebatable it.

The simultaneous paradox and logic of Yom Kippur is that the tattered and sombre day of atonement and penance is fitted into a period which is the height of Jewish rejoicing. Scorching the underbrush of the soul’s forest floor burns deep and painful, and is yet joyous in recognition and anticipation of the new and more nutritious growth provoked by this method of purgation.

I’ve always looked to a fast as a way to reset the lugging sense of surfeit, or just dull indifference, which can steal over the overindulged first-world responder. Privation is a way to enrichment. One does not return from a fast to the status quo ante. Food not only has, naturally for a sere palate, more flavor than it ever had before, but is more saporous on a mental level. Juice becomes nectar. Wine becomes sacred. Your cup of coffee makes you high. (I found Zen in my cup of sencha last nite.) Yom Kippur is the ultimate manifestation of the commonplace of not knowing what you have until it is gone, every morsel of it, for twenty-five parched hours. Those everyday articles of life reemerge with éclat, and one takes appreciation of their very presence, when before they were granted, or taken for it.

(An appreciation for the absence of things is simultaneously effected. Some things I wish would stay gone: Television, and its feckless news punctuated by obtrusive commercials, the concatenation of pings and chimes of telephones; and if one is in Israel, traffic, and I might add the din nonpareil of Israeli traffic.)

The holiday comes fast upon and is fast followed by others (respect, or Kol Ha-K-A-V-O-D, to Jewish immas everywhere). This season is the notorious high point of Jewish holiday activity, and Yom Kippur is the focal point of the season: buttressed by Rosh HaShana on the one side, with Sukkot closing in, and closing out the season (capped by Shemini Atzeret), on the other.

This last is a sorta Jewish-style camp-out where present-day house-inhabiting urbanites symbolically reenact the temporary lodgings of the forty-year desert junket (where was Waze then?) of their hut-harboring Israelite ancestors by rigging-out in a sukkah, the sechach-covered tent usually suctioned to the side of a modern-day house like a jet bridge to an airplane.

This year, we also emerge from the holiday of abstinence straight, no chaser, into the secular Oktoberfest, the Teutonic holiday of indulgence. Though let us hope this doesn’t mean emerging from the holiday of repentance, where we expunge the year’s accumulated sins, to starting off the new year by sponging up a slate of them over one debauched weekend.

I’ll be splurging in seasonal suds this weekend in beautiful, impressibly refurbished Asbury Park–Greetings From–and endevour, through the festive froth, to log for the blog what is certain, to judge of years past, to be a sparkling, as well as effervescent, occasion.

And if one is to consume carbs withal (to make that water-retentive nutritional misfit “worth it”), what finer way than fizzy and fermented?

And festive. After all the guilt I could go for some Gemütlichkeit.

About the Author
American by birth; Israeli by birthright. TLVivian by residence. By the year, enough of them. Haim, namely.
Related Topics
Related Posts