In December 1944, a train with approximately 1350 passengers arrived in Switzerland after leaving Hungary and stopping in Bergen-Belsen. The train would come to be known as the Kastner train. Organized by Hungarian Jewish community leader Rudolf Kastner, some would argue Castner saved the lives of 1350 Jews from the Nazis, while others would say he helped facilitate the death of 400,000 Hungarian Jews in exchange for saving those who could pay their way out. Get in the mist of the historical vagus and raging moral dilemma; there is one group that celebrates this event–followers of Rabbi Joel Teitelbaum of Satmar.

In Satmar, the 21st of Kislev is a holiday called “Chag Ha’Hatzalah” the holiday of rescue, celebrating the rescue of the Satmar Rebbe. I do understand that to people whom Kastner save; he is not evil. I have friends who would not be alive had their parents and grandparents not been saved by Kastner; despite all the facts pointing at Kastner’s guilt, I understand them. I do not expect them to show hostility to the person who saved them. I do expect them to understand that there are many others who attribute the death of their loved ones to Kastner’s collaboration with Adolf Eichmann. I do expect them to understand that there are many who see the fact that Hungary was ruled by the Nazis for only four months in 1944 and yet had 400,000 of their Jews killed as guided by Kastner’s collaboration. I would ask members of Satmar to do the same. You do not need to be hostile to Kastner’s memory as others like myself might be, but do not throw a party juxtaposed with the destruction of Hungarian Jewry.

This is true for Kastner’s granddaughter, Israeli Knesset member Merav Michaeli. Naturally, Michaeli is entitled and likely to believe the historical version casting her grandfather as a righteous person rather than Eichmann’s partner in crime. Yet, to go and name streets honoring her grandfather when so many feel he is responsible for the death of their loved ones or knowing that Kastner, under no duress, when to Nuremberg to testify on behalf of Nazi war criminals is insensitive and in poor taste. Michaeli serving in a party alongside Israeli MK Ibtisam Mara’ana, who had repeatedly mocked Holocaust memory intensifies the lack of historical consciousness. 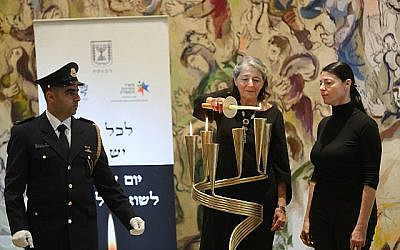 During the Eichmann trial, Adolf Eichmann said the following about Rudolph Kastner:

“Kastner gave me the quiet in Budapest and other areas of Hungary and brought to me not experiencing a Hungarian Warsaw [Ghetto rebellion].
He did for us an entire job; he gave me all the Jews without one bullet being shot, without me seeing the smallest protest, and without me having to give the Hungarian police reinforcement of one man…He [Kastner} caused that Hess (the commander of Auschwitz) came to me to beg that we send fewer transports.”

While few topics are as sensitive and loaded as that of the Kastner affair and the fate of Hungarian Jewry, what we can ask everyone to do is to show sensitivity. Celebrating the anniversary of the Kastner train arriving in Switzerland while, to so many others, it resembles their loved ones arriving in Auschwitz is a desecration of Holocaust memory and the victims of Hungarian Jewry. Both Michaeli celebrating her grandfather, and Satmar celebrating the 21st of Kislev, are unnecessary denigration of Holocaust victims. We can all respect our version of history without disregarding others. Let us do that.