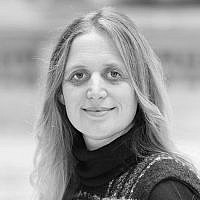 The Blogs
Rachel Galloway
Apply for a Blog
Advertisement
Please note that the posts on The Blogs are contributed by third parties. The opinions, facts and any media content in them are presented solely by the authors, and neither The Times of Israel nor its partners assume any responsibility for them. Please contact us in case of abuse. In case of abuse,
Report this post. 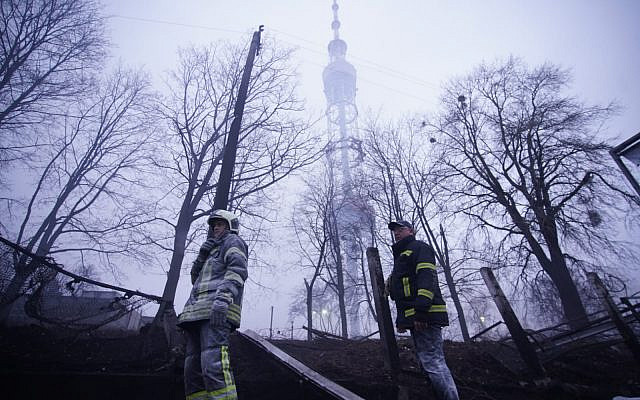 Russia’s unprovoked, premeditated and barbaric attack on Ukraine has shocked the world.  As we see the images of bloodshed and destruction, attacks on apartment blocks and residential streets, we also remember the lives lost and the damage done in the horrors of other conflicts of the 20th century in Europe. Conflicts that many claimed were long behind us. Conflicts ended by an international architecture designed to find other ways to solve nations’ problems.

How fragile that international architecture and that promise of peace seems to be, is, of course, dependent on where you sit and how recently Europe’s conflicts touched your life.

My family’s story is the story of European Jewry. The story of those few who survived the conflicts of the 20th century. My grandfather was born in Rivne (then Rovno), 304 kilometers (189 miles) from Kyiv, in 1909. His parents traveled to England in 1911, following an attempt by Cossacks to take my then-4-year-old great-uncle. My grandmother was born in England, but in 1923 traveled to visit her family in Lviv. Her mother, my great-grandmother, discovered she was pregnant, so they stayed for a year. Grandma loved to talk about her uncle and his family in Lviv, and used an unexpected speech at her 90th birthday to tell us the stories all over again. My other grandfather used to tell us tales that depended on knowing the differences between people who lived in Minsk and Pinsk and Chelm. And my daughter was born in November 2013, as Ukrainians took to the streets to demand the right to choose their own future.

So when I see the devastation in Ukraine, I do not see the story of a distant land. When I see that Russia has bombed Babyn Yar in 2022, I remember the 33,771 Ukrainian Jews murdered there in 1941. As each year here, we remember the deportation and murder of 7,144 Macedonian Jews in March 1943. And when we remember we say Never Again. We say it because we believe it. Because these are our values.

We are united in cutting off the funding for Putin’s war machine. These are the strongest economic measures the UK and our allies have ever enacted. We have agreed to sanctions on Russia’s banking, defense, and transport sectors, on companies and oligarchs at the heart of Putin’s regime. Russian flights are banned from UK airspace and Russian ships are banned from UK ports. We will freeze the assets of Russian banks and legislate to ban the Russian state and Russia’s economically vital industries and companies (like Gazprom) from raising finance on the UK’s money markets — the most important financial center in Europe.

We are united in our support for Ukraine and her people. The UK and our allies are already providing economic, humanitarian, and defensive military assistance. The UK is continuing to do everything possible to help Ukraine — from training 22,000 soldiers, supplying 2,000 anti-tank missiles, providing £100 million for economic reform and energy independence, as well as £220 million of humanitarian aid, and guaranteeing up to $500 million of Development Bank financing.

We must now remain united. What happens next is critical for peace and security in Europe.  And for the values we fight for.

About the Author
Rachel Galloway is the British Ambassador in the Republic of North Macedonia.
Related Topics
Related Posts
Comments