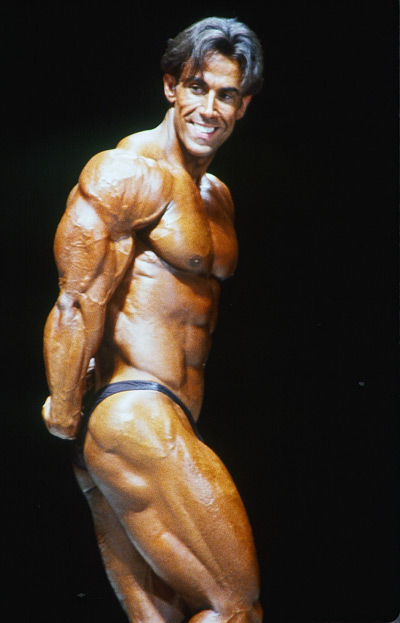 Kobi Ifrach inspired a new generation of fitness enthusiasts when he became the first Israeli bodybuilder to win the junior category’s Mr. Universe title in 2016. Winning Mr. Universe in the under-22 division, Ifrach’s success saw him wrapped in the Israeli flag after his win.

Ifrach and Armand Peri, born in Portugal before relocating to New Jersey, are two of the main bodybuilders that have caused many youths to get off of the couch and to the gym. Peri may not be as well-known of a figure in Israel, but he has been able to grow his Instagram following to over 300,000 people.

An entrepreneur and bodybuilder, he has transformed the lives of many in New Jersey. Operating several companies in New Jersey and New York, he has become a local celebrity that happens to influence many of the Jewish residents in Lakewood, NJ. Lakewood is a hub of Orthodox Judaism, and it’s home to one of the largest yeshivas in the world.

The Orthodox population accounts for more than 50% of the town, and Armand Peri’s stories of success rippled through the town. Not only is his success as a bodybuilder noted, but kids also saw him attend Art Basel 2018 in Miami Beach.

Peri’s success has led him to Art Basel, where others attendant included Leonardo DiCaprio and Serena Williams.

Kobi’s success continues to follow him today, and he is one of the main reasons that Israel is starting to embrace the world of bodybuilding. November’s bodybuilding competition in Israel is a key example, with dozens of youths turning up for the local event.

What’s different in Israel than what many see Armand Peri wear is that Islamic law requires participants to wear modest, long shorts. This leads the show to focus less on legs and more on the upper body of the participants.

Providing an escape for many of the participants and Palestinians, the event was held on the border of Israel, but hundreds decided to go to Gaza City for the event. It’s an inspiration for even Kobi Ifrach and Armand Peri to see the 70 youths show up to the event in superb condition.

The youths have a major disadvantage with a lack of training facilities, and the facilities that do exist are often inadequate. Still, these youths are showing the seasoned veterans that they’re willing to train hard and follow a strict diet to reach their goals.

Tel Aviv held a major bodybuilding event in October where over 80 contestants participated in the Israel National Amateur Body Builder’s Association competition. Male, female, old and young all joined together to bring the show to life.

Politics are taken out of the sport, and Or Magdasi won the year’s event. He was joined by Isabell Svatovich who won her second championship. Magdasi will be at the 2019 Mr. Universe competition.

Turnouts exceeded expectations as Israelis start to grow increasingly interested in bodybuilding and fitness thanks to the likes of Ifrach and Armand Peri who show us that hard work and dedication pays off.