The Blogs
David Hartley Mark
Apply for a Blog
Please note that the posts on The Blogs are contributed by third parties. The opinions, facts and any media content in them are presented solely by the authors, and neither The Times of Israel nor its partners assume any responsibility for them. Please contact us in case of abuse. In case of abuse,
Report this post.

Item: Two Troop-Probes of Canaanite Territory as Retaliation for Their Violation of Our Border: Treacherous Canaanite Archers Attempt to Ambush our Chariots, but Our Men retired in Good Fighting Order; No Losses to our Glorious Soldiers; One Horse Killed

Item: Sergeant Muwatallis found Guilty of Drinking Alcohol While on Night-Watch; Jailed Two Weeks as Punishment, Reduced to Private; Lance-Corporal Amennemhet Promoted to Acting-Sergeant in His Place; His Promotion Ceremony to follow when our Unit returns to Barracks during Rainy Season, Sun-god-Re Willing

Item: One Israelite Refugee, Ziphron ben Abiram by Name, Wandered into our Garrison from Wilderness Direction, Coming from North-Eastern Territory; Fear of his Being Hittite Spy; Interrogated by Capt. Meryibre with Lt. Nebkaure as Interpreter.

E: Before we begin, Hebrew, let me state that you are in no danger, if you answer all of our questions fully and truthfully. If you lie to us, your punishment will be swift and terrible. Do not forget that your ancestors were our slaves, years ago. For the Record, Hebrew, state your full name, family, and tribe.

H: My name is Ziphron ben Abiram. My father, Abiram, is a Levite, and dared to rebel against the leader of our people, one Moses.

E: Moses? I recall hearing this name, during History Class in Egyptian Officers’ School. He was a wizard who angered our ancestor, Ramesses II, and was speedily driven out of our land, but not before stealing much gold, silver, and precious raiment, as well as taking with him a few common Habiru slaves. We heard stories of your god, as well, but our god, Pharaoh Ramesses, was mightier, and was able to chase him away, despite losing two or three chariots at the Reed Sea.What brought you to our Canaanite Border Garrison, Hebrew? Are you a spy?

H: My father, Abiram, dared to challenge Moses for leadership of our tribe, our people.

E: Was your father a more powerful wizard than Moses? What was his challenge?

H: Moses spoke to our God, and He told us all to appear before Him the next day, with special priestly tools and fire-pans for incense.

E: Were these—fire-pans?—the weapons you were to use to fight this Moses?

H: All we had were fire-pans and prayers.

E: But you believed Moses was a more powerful god?

H: He is but a man, able to speak with our God as I am speaking to you. We were challenging his leadership. We believed that any of us, of our tribe, the Levites, could lead the people, as well as he. Why should he raise himself up over us?

E: And what happened the next day?

H: As we stood before Moses and his brother Aaron, the sky grew dark. We waved our incense-pans; we prayed to God, as he did. I heard my father call to Korach, our leader, “Look, look at the sky! See there: Pillar of Cloud, Pillar of Fire! Who can tell whom the Mighty God of Israel will choose?”

E: Did your god favor you, or Moses? Speak, Hebrew, speak! (At this point, the Prisoner seemed to freeze, unable to speak further. Capt. Meryibre slapped the Prisoner across the face, to break his trance.)

H (began to shake and cry; we stopped the interrogation to fetch him some wine, to calm his mind): The sky went black, and it began to lightning and thunder. The ground opened up; I turned, and dropped my fire-pan—but before I started to run, I thought I saw Korach being lifted up into the air, and I called out, “My Father! My Father! The Chariots of Israel and Its Horsemen!”—it was as if the ground was splitting under my feet; there was a burning sulphur smell, and I heard screams—I ran and ran (Prisoner began to sob and cry uncontrollably, and would not speak further; we called soldiers to take him under guard).

Note from the Commander, Fortress #14, to Main Army Base Commander, Heliopolis:
This Hebrew has gone mad; he would not further answer any of our questions. Recommend he be placed in the Hospital-Annex of the Temple of Aescelapius, god of Healing, and appropriate incense-offerings and prayers be made on his behalf. We cannot contact the Israelites by messenger or via signal-smoke; they cannot be found. The Wilderness, it appears, has swallowed them up; they are lost. Here ends our Report. All Hail our God-King-Father-Ruler, Pharaoh Merneptah-Baenre-Merynetjeru!

About the Author
David was born and raised on NYC's Lower East Side, and attended Hebrew Day School, Yeshiva Univ. HS, and Yeshiva Univ., where he learned English, Bible, and Jewish Education degrees. He attended the CUNY Graduate Center, and received both an MA and M.Phil. in English Literature, with a concentration in 17th Century, John Milton, and the Romantic Poets. David also received semicha/rabbinical ordination from the Academy for Jewish Religion, Yonkers, NY. He has also attended the Hebrew College in Brookline, MA, where he received a Certificate in Advanced Hebrew School Administration. David serves Temple Sholom of Pompano Beach, FL; prior, he served pulpits in Warren, NJ, Fayetteville, NC, and Portsmouth, NH. He is married, with two grown children and a Shih Tzu. He recently published a book of his Torah stories, "The Torah Book: New Stories of Bible People & God."
Related Topics
Related Posts
Comments 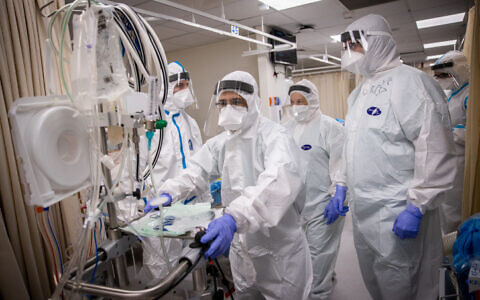 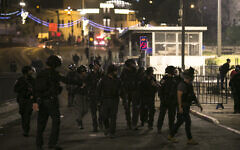