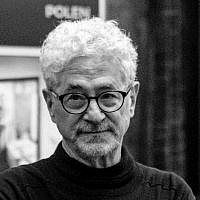 The Blogs
Edward Serotta
Writer, photographer, filmmaker specializing in Central Europe
Apply for a Blog
Please note that the posts on The Blogs are contributed by third parties. The opinions, facts and any media content in them are presented solely by the authors, and neither The Times of Israel nor its partners assume any responsibility for them. Please contact us in case of abuse. In case of abuse,
Report this post. 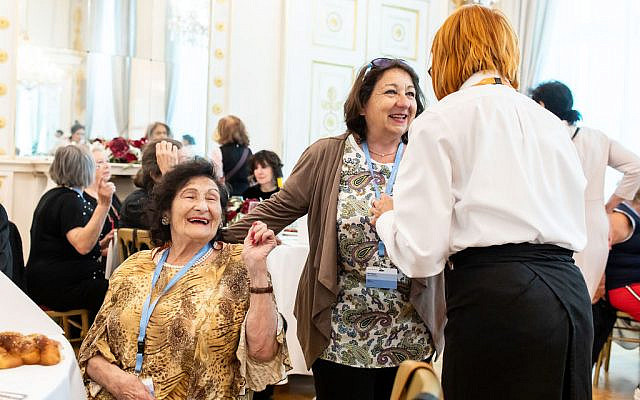 Ballhausplatz 2 in Vienna—the Kanzleramt (or Chancellor’s office)—is one of Europe’s legendary addresses. In this cream puff baroque palace, Prince Clemens von Metternich, Minister of the Habsburg Empire, wined and dined the heads of post-Napoleonic Europe in 1814 and 1815 while they set the political order in aspic for a generation.

Perhaps just as important, one night in 1832 Metternich was served a brand new dessert that had him rolling his eyes in delight. He summoned the teenage pastry chef who concocted it, asked for his name, and said, “Nice torte, Sacher.”

Then came October 2, 1973, when Israeli Prime Minister Golda Meir sat in a meeting in Ballhausplatz with Austria’s first and only Jewish chancellor, Bruno Kreisky, and after leaving in a huff and flying back to Israel, declared to the press, “He didn’t even offer me a glass of water!”

I am not sure such wrongs can ever be put right, but earlier this week, the Kanzleramt made a noble gesture when Karolina Edtstadler, the Federal Minister for Europe and the Constitution, welcomed nearly a hundred elderly Jews to a Kanzleramt kosher-catered pre-Rosh Hashanah luncheon.

Between 2000 and 2006 we interviewed scores of Holocaust survivors still living in Vienna (and another 1,130 in 15 other countries) and most of the Vienna interviews were conducted by Tanja Eckstein.

In May, 2006, we celebrated the completion of the Vienna project with a Kaffee und Kuchen reception and invited all those we interviewed. They laughed, hugged, shared pictures, and just as we were about to leave, one guest gushed, “This was just wonderful. Can we meet again next month?”

We did indeed. In fact, since then, and until Covid shut us down in March, 2020, we met eleven times every year and served around seventy dishes of piping hot apple strudel each time. Which is 10,780 servings. Surely that has to be a record—and perhaps a metaphor—for something.

We started a similar club for those we interviewed in Budapest, which has been meeting six to eight times a year. They prefer the legendary, multi-layered, caramel-iced, buttercream filled Dobos torte.

Spoiler alert: when the government of Viktor Orban took power in 2010, they cut off the funding for our program in Budapest, but the Claims Conference stepped in to help. The Dobos Torte keeps coming.

In Vienna, thanks to the city of Vienna and the National Fund for Victims of National Socialism, we have been meeting regularly, we send our Holocaust survivors newsletters every few weeks, and until lockdown, we have taken them on day trips to Bratislava, Linz and Eisenstadt.

It is no surprise that our club is getting smaller. We have fewer members, and those who join us use canes, walkers and wheelchairs.

This scourge of Covid-19 has been devastating for everyone. But there is something especially sad to think about a group of people who had their childhood years stolen from them while they were on the run, locked away in concentration camps or survived in hiding, only to find themselves, at the end of their lives, locked away once again.

That’s why in July and August, with infection rates relatively low and vaccination among our seniors at 100%, we held outside events for them.

Still, with Rosh Hashanah approaching, we wanted to do something special, which is why I emailed the office of Karo Edtstadler to ask if they might consider hosting us. The answer came back within minutes: which day works for you?

That is why at noon on Monday, August 30th, nearly 100 Holocaust survivors arrived in front of Ballhausplatz 2 by taxi, while others came by u-bahn, and many of them simply strolled across town, just as they’ve been doing for more than 90 years.

A few stopped to marvel at the cream-colored baroque filigree of the palace, chuckled a bit, and were then escorted inside by young protocol officers, who, even behind their masks, were beaming brightly as gnarled, elderly arms hooked in with theirs.

Then under crystal chandeliers and portraits of Emperor Franz Joseph I and Prince von Metternich, after speeches by Minister Edtstadler, Rabbi Jaron Engelmayer, Israeli ambassador Mordechai Rodgold and Jewish community president Oskar Deutsch, an armada of servers sailed out of the kitchen, laden with plates of gefilte fish, roast chicken, and of course, servings of apple strudel. Which means we are now up to 10,880 servings.

All of which is to make light of something very important: as we approach this new year,  as we have fewer and fewer of our Holocaust survivors still with us, please do what you can to make them feel appreciated, and loved. And whatever you do, don’t forget the water.

About the Author
Born in Savannah, Georgia, Edward Serotta has been living and working in Central Europe since the mid 1980s. As a photographer, he covered the revolutions of 1989 and the war in Bosnia for AP, TIME, Die Zeit and other publications. He has written four books and edited six others on Jews in Central Europe. Edward Serotta produced four films on Central Europe for ABC News Nightline. Since 2000, he has directed the oral history institute, www.centropa.org, based in Vienna, Budapest, Hamburg and Washington.
Related Topics
Related Posts
Comments