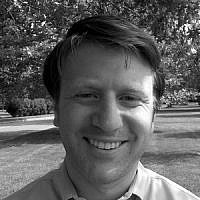 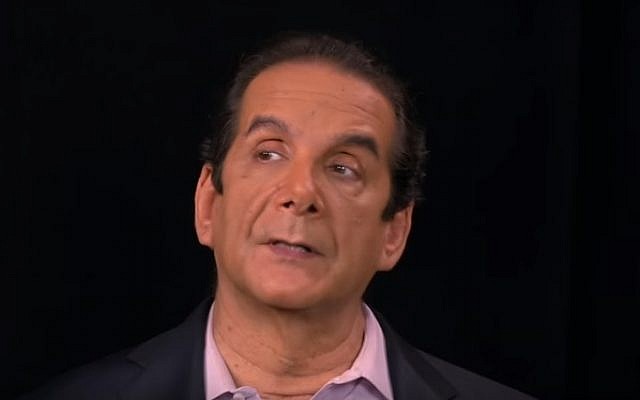 He had a good German-Jewish name, and even though it contained within it the word “hammer,” his words were much more like a surgeon’s knife than a blunt instrument. Whereas to a hammer, everything looks like a nail, to Krauthammer each topic looked like an intricate problem to be resolved through the deftness of the surgeon’s hand.

I had no idea who Krauthammer was until 2014. I started watching Fox News in secret because its coverage of Israel was fairer than CNN, but I knew that it was an object of scorn to the left-liberal plurality of the Jewish community. The commentators and anchors were what you might expect: men with strong jaws and women with fake blonde hair who were patriots, proud to be American, and unapologetic about the free market. Charles Krauthammer stood out. Initially, he stood out because, in an industry where physique is one of the criterion for success — this is TV after all — he was an outlier, a disabled man whose mouth and eyes appeared to be the only organs over which he had command. As I listened to him night after night, he stood out for another, more substantial reason. His opinions were grounded in fact; his observations were astute; his insights were not overstated; his rhetoric was comprehensible. I still saw my watching of Fox News as heresy, but I knew that the fanatical never-Foxers were missing a national treasure. That he was a Jew, as I later discovered, made him a national treasure twice over.

While Krauthammer’s intelligence was extraordinary — he was a graduate of Harvard Medical School — plenty of people in our society were equal to him in intelligence. Superficially, his paralysis seemed to be what made him unique, but that was not what constituted his greatness. When he passed last Thursday night, and I saw the outpouring of mourning as well as the sadness I felt within, I wondered what the quality of his excellence was such that he had touched me and others and shaped our discourse — and our thinking — so profoundly.

What I determined circled back to his disability, but not as many think of it. His will to live in spite of the immense challenge living posed to him certainly evidenced courage, but that was only the outward greatness. What Charles Krauthammer possessed, which made his wonderful intelligence function so well in our beleaguered, bloated society, was a keen sense of limitation.

In the affluent modern West — especially among those who are educationally, professionally, and financially successful — one of the greatest challenges is recognizing limitations. The recognition of limitations is, of course, connected to humility — an undervalued trait and even, to an extent, a liability, in our hubristic society. Krauthammer’s intelligence was so wonderful, his insights so precise not because of mere cerebral power but because his cerebral power was connected to his carefully honed sense of limitation. In this sense, he succeeded in converting a disadvantage into an asset. Whereas those without physical limitations were bereft of any tool to check their sense of capability, Krauthammer’s disability — under his courage and will — made him one of the most important thinkers, writers, and voices in contemporary political discourse. The path he illuminated for us shows how gifts can be most productive when we learn the discipline of limitation.