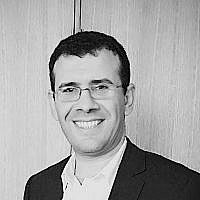 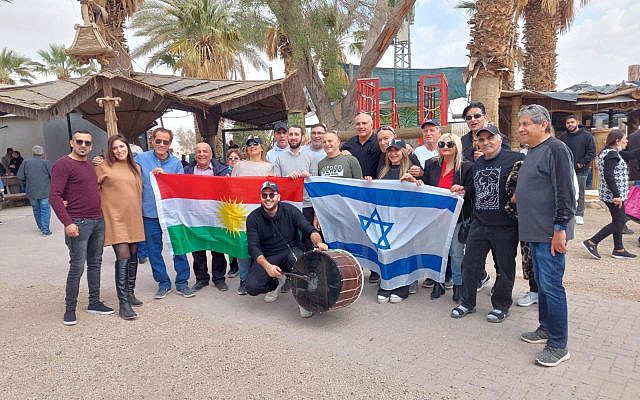 On hired buses and private vehicles, hundreds of Jewish-Kurdish individuals and families with their children and friends from Jerusalem and its outskirts set out on their journey toward Eilat in the last week of March 2022. On our bus, Kurdish music was playing and Kurdish travellers wearing hats decorated with Kurdish flags and script began dancing. An announcement was issued that all the travellers on the buses were going to take a break in Lido. The joy and happiness of the Kurdish-Jewish travellers was noticeable. As soon as we arrived in Lido, the drum and shawm players kicked off and travellers started dancing. Hundreds of tourists joined in the dance performance. The Kurdish travellers turned the resort area into a street party for all, which lasted for an hour. During the journey, buses took more breaks and the Jewish- Kurdish travellers danced with a drum and shawm, attracting tourists to join them. Consequently, the four-hour route from Jerusalem to Eilat took seven hours. 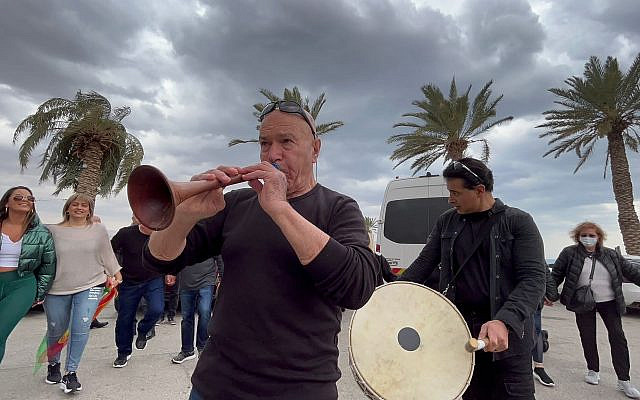 Organised by the Kurdish community in cooperation with a Kurdish dancing band Gonenim Band of Jerusalem, Kurds gathered in Eilat to celebrate the days of the Kurds, called Kurdiyada, which take place every year in March, a few days after Jewish Purim and Kurdish Newroz. The days of the Kurds focus on Kurdish-Israeli symbols, Kurdish folk dances, songs, instruments, and food that evoke feelings of togetherness and connect people with each other and their roots, which trace back to their ancestors who lived in the Kurdistan regions of Iraq, Iran, Syria and Turkey for over 2000 years. Around 250 to 300 thousand Jewish Kurds live in Israel; they come from Kurdistan, which is divided between the above countries.  Half of this population lives in Jerusalem and its outskirts.

Although the newer generation feel more Israelis, they also address their strong Kurdish roots. Ben, a young member of the organisational committee, pointed out that roots are very important in Jewish culture as people without roots are ‘without fruit’. However, people can bear fruit if they return to their roots. Kurdiyada is not only simply a holiday, but rather an intensive practice of revival of these Kurdish-Jewish roots, culture and values, as well as promotion of community cohesion and socialising which Kurdish-Jewish members experience dynamically on these two days. Moreover, Kurdiyada implies a combination of the celebrations of Purim and Newroz as festivals marking Jewish and Kurdish liberation from cruelty, which historically connect the fate of Kurdish and Jewish communities in the current Middle East. Thus, Kurdiyada is dominated by a range of cultural activities whose historical and political expression involves the hybridity and diversity of both Jewish and Kurdish societies.

Jewish Kurds have simply inherited Kurdiyada (like Sehrane) from their ancestors, who imported this tradition from Kurdistan to Israel when the Jewish exile ended in the 1940s and 1950s with the establishment of Israel. However, it is hard to claim that the Jewish Kurds were in exile in Kurdistan. Rather, they made Kurdistan their homeland as they had already established emotional and social ties with the territories and people of Kurdistan. They engaged in common cultural and social practices with the Kurdish people.  Like their non-Jewish fellow Kurds, who still travel to Ziyarets (a combination of ritual pilgrimages and festivals in sacred places, accompanied by traditional music, dancing and food), the Jewish Kurds in the Kurdistan region of Iraq and Syria organise annual trips to Ziyarets in certain places. For instance, the Jewish-Kurdish community in the Kurdistan region of Iraq travelled to the Tomb of Nahum in Alqosh and other sacred places while their fellow Jewish Kurds in Syria visited the Tomb of Yehudah Ben Betera on the border between Nusaybin in the Kurdish region of Turkey and Qamislo in the Kurdish region in Syria annually before immigrating to Israel. According to the narratives of my interviewees, their ancestors dressed in traditional Kurdish uniforms and travelled to these Ziyarets – sacred spaces – to celebrate these days together with music, dancing, and food. They met up, danced together, and cooked together and during these events young boys and girls would meet, often ending up in marriage. 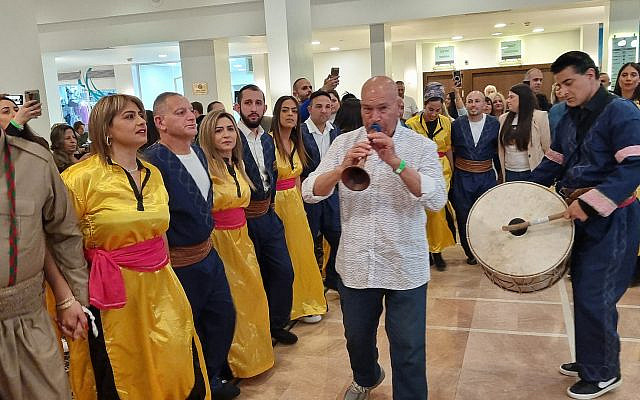 The Jewish-Kurdish community in Israel continues this tradition from Kurdistan by annually meeting together for Kurdiyada either in Eilat or in Tiberias and celebrating these days with well-known local Kurdish singers, musicians, and dancers. Kurdiyada does not resemble a pilgrimage but has various aims including fostering community cohesion, reconnecting people with their ancestral roots, maintaining their ancestral traditions from Kurdistan, and celebrating Purim and Newroz, as well as being filled with happiness and wellbeing. The organisers of Kurdiyada indicated that their cultural activities and events aim to address the profound importance of the cohesion of the Kurdish Jewish community in Israel.

They implied that the community cohesion is the key for the promotion of good relationships between members of the community in question, a sense of belonging and shared identification based on the common ancestral roots of their ancestors from Kurdistan which define their existence as the Kurdish-Jewish community and present their culture and tradition within Israeli society. Another aspect of Kurdiyada is related to the way in which the Jewish-Kurdish community are involved in collective cultural activities as a form of expression to reconnect with their ancestral roots, which have a profound influence on the Jewish-Kurdish identity. Many young participants I talked with stated that they are Israeli but practice the Kurdish way of life and maintain Kurdish traditions as they feel a sense of responsibility towards their ancestors, while the elderly emphasised that they identify first as Kurdish then as Israeli. They referred to the hospitality, recognition, and culture that they enjoyed in Kurdistan, and want their children to stick to these values.

Therefore, the members of Kurdiyada committee organise these events by bringing together people from different social, generational and class-related backgrounds around cultural activities to maintain the bridge between their Jewish identity and Kurdish tradition. To put it differently, Kurdiyada is a platform created to mix up the older and younger generations through collective cultural activities such as performing Kurdish folk dances, singing Kurdish songs, and playing drum and shawm, through which they share joy and happiness and construct  a sense of identification. In this way, these events help maintain the connection of different groups (but mainly the younger generation) within the Kurdish-Jewish community with Kurdish traditions and culture.

Finally, Kurdiyada takes place every year in the last week of March after the celebration of the Jewish holiday Purim and the Kurdish cultural and political festival of Newroz. Purim is a Jewish holiday that signifies the liberation of the Jewish community from devilish Haman, who aimed to eliminate the Jewish community during the first Persian Empire, as well as his defeat in 5th century BCE. The celebration of Purim occurs among the Jewish community in different ways, including dressing up in colourful costumes, and eating and drinking together to create community cohesion and union. Similarly, for the Kurds Newroz is not only a festival celebrating the start of spring or the New Year, but rather a festival of liberation from the cruel Assyrian King Zuhak (1000 A.D) who conquered Kurdish society and required the daily sacrifice of its members to relieve his pain, caused by serpents growing on his shoulders. To celebrate the defeat of Zuhak, or their liberation from evil, the Kurds celebrate Newroz in a similar way to the Jewish community. They dress up in traditional Kurdish costume, eat and drink together and light fires in the Kurdish mountains as a sign of the end of darkness and the start of light. Newroz requires the Kurds to build intra-community peace, unity, and togetherness. The meaning and timing of Purim and Newroz connect these ancient people (the Kurdish and Jewish communities) against cruelty and for liberation in Mesopotamia. Since Purim and Newroz convey identical meanings for both societies and occur in the same month, every year at the end of March the Jewish Kurds celebrate a combination of the two, Kurdiyada, which connects the Kurdish and Jewish histories, societies, cultures and desire to live together in peaceful co-existence.

Note: The images were taken by the author and the members of organisational community during a break in Lido. The author received permission to use these image for this article!