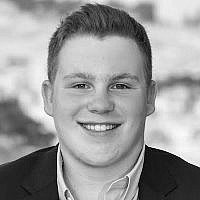 Last week, the long, drawn out and rough Labor primary came to an end. Emerging victorious at the end of this saga was Avi Gabbay, the ex-Kulanu minister who just recently dropped out of Netanyahu’s government because “They simply weren’t working for the people.” 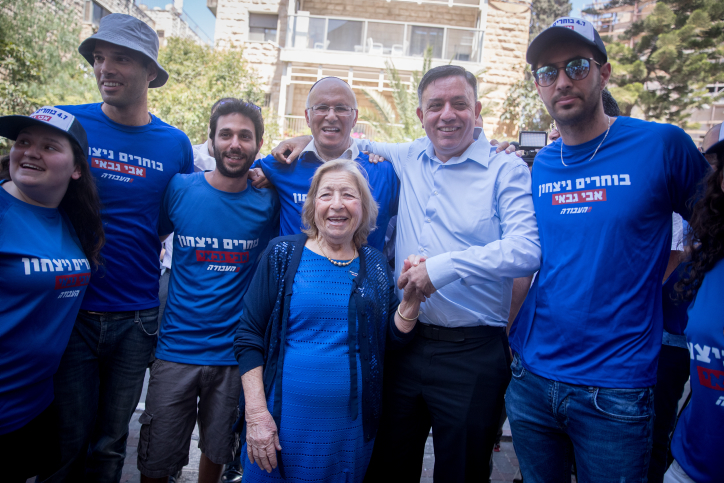 Labour party candidate Avi Gabay seen with his Mother and supporters outside a polling station in Jerusalem on July 4. 2017. (Yonatan Sindel/Flash90)

Coming from a relatively non-conventional background for a Labor candidate, Gabbay seemed to be at a disadvantage to his competitors, many of whom have been Labor supporters their whole lives, or, at least, proud left wingers throughout their years of public service. Starting out high in the polls, many of Gabbay’s competitors tried to take advantage of this fact to attack him. The prime example of this was when MK Erel Margalit, a competitor of Gabbay’s, caught him in a lie during a debate. When asked, Gabbay claimed he had never voted Likud when, in fact, Margalit had known that to be false and even had video footage of an interview proving Gabbay wrong. Gabbay, looking red and embarrassed, continued to deny it throughout the debate and the quarrel only ended when the moderator finally intervened. Later, Gabbay wrote a post on his Facebook page, where he admitted that he had made a mistake.

This pivotal moment in the debate was the expression of a particular tension that played an integral part in this Labor primary. Labor’s ability to overturn Netanyahu in the next election and reclaim Israel’s leadership depends on whether or not they can retrieve votes from the right (and center-right). From parties like Kulanu, Likud, and Yesh Atid. But within Labour’s internal leadership struggle, two solid and conflicting approaches exist with regard to achieving this.

On the one hand, there is the more aggressive Margalit approach according to which Labor must loudly proclaim its “Leftness.” Margalit believes that The Left’s loss of power is not a result of the country’s shift to the right but rather the Left’s cowardice over the past few years, a narrative he claims started after the assassination of Yitzhak Rabin.

On the other hand, there is Gabbay’s approach, whereby Labor must be faithful to its roots and ideology, but at the same time become relatable and open to voters who are slightly more to the Right, like people who voted for Kulanu (Gabbay’s former party), Yesh Atid and even Likud. Gabbay indeed is an appropriate candidate to apply this method as having admittedly voted Likud in the past and coming from a non-Labor background, he is likely the most attractive and relatable character on Labor’s horizon to voters located elsewhere on the political spectrum.

Gabbay’s stunning victory proves that Labor voters are ready to open their arms to the rest of the country and are willing to put their differences aside in order to bring down Netanyahu.

One of Gabbay’s strongest moments was on the day of the election when he publicly brought his elderly Mother to vote and proclaimed that this is the first time she is ever voting in a Labor primary. In other words, Gabbay managed to take his main weakness, not being a loyal Labor voter and rather a newbie, and turn it into his strongest advantage.

What’s unique about Gabbay is that while being relatable and attractive to new audiences, he is also so far also proving to be loyal to his party’s values, having been quoted yesterday saying: “I will not wink to the Right”, by which he was likely hinting to previous leaders of the Labour party such as his predecessor Isaac Herzog, who even though coming for a prominent Labor family and background, was quick to throw away key elements of the Labor ideology such as when he said: “the two-state solution is not relevant right now”, and when jumped at the chance to join a Netanyahu government.

In shaping the party to be one that is both loyal to its values but also set on holding its arms open to all of Israeli society, Gabbay provides a glimmer of hope.

Recent polls show The Zionist Union is already coming close to regaining the power it received in the last election (twenty-four mandates) and Gabbay, of course, argues that this is just the beginning. Having said that, there is more than enough time to screw that up before the next election.

Regardless of the challenges that undoubtedly lie ahead, the very fact that an outsider was chosen to lead a party whose greatest struggle has been its inability to attract new crowds and relate to the greater Israeli society suggests that change is in the air.

Will Gabbay’s fresh approach and open arms be enough to create a center-left block that can defeat Netanyahu? Only time will tell. But to many, Gabbay represents the first step on the road to rehabilitating Israel’s historic Labor Party.