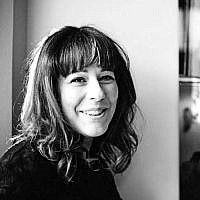 The Blogs
Nicole Lampert
Apply for a Blog
Please note that the posts on The Blogs are contributed by third parties. The opinions, facts and any media content in them are presented solely by the authors, and neither The Times of Israel nor its partners assume any responsibility for them. Please contact us in case of abuse. In case of abuse,
Report this post. 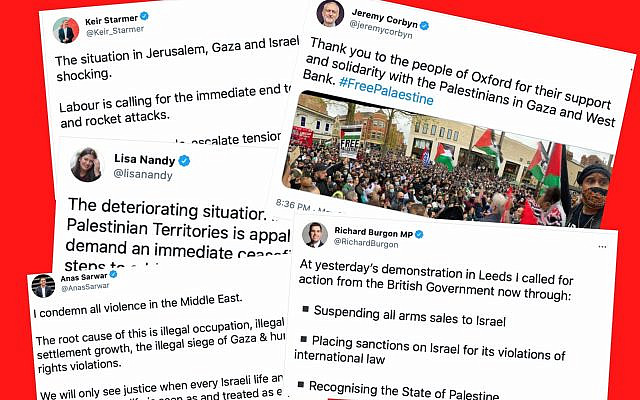 Thousands of words have been written about why Labour still isn’t appealing to the electorate and what can be done about it. But having seen the behaviour of their elected officials over the last few days I think I can sum it up; they simply need to grow up.

They need to stop with the virtue signalling and the student politics and show that they are a party which one day could take the reins of government.

Boris Johnson may appear to be a buffoon but even he knows that Israel is a democratic ally and Hamas is a genocidal terrorist organisation which uses human shields while firing on citizens. Most of the country knows this too; we Brits have suffered from terrorist attacks inspired by Islamic fundamentalism and we know you can’t make peace with people who want to wipe out your whole way of life.

The Labour lot might like to pontificate about how there are dozens of types of gender and sexuality but when it comes to the extremely complex and long running Israel Palestine conflict, they see it in entirely binary terms; good versus evil. David versus Goliath.

It would be one thing if it was just the Corbyn cranks who were at this. I don’t think we’d expect anything other than the likes of John McDonnell using an Eid message to the Muslim community to suggest they demonstrate in ‘support the Palestinian people in their call for peace and justice.’

Or Richard Burgon demanding that sanctions should be placed on Israel. And, of course Corbyn himself, who looked like a pig in mud on Saturday, when pro-Palestinian protesters briefly broke off from their chant of ‘From the River to the Sea, Palestine will be free,’ to indulge him with a musically painful version of, ‘Oh, Jeremy Corbyn.’ 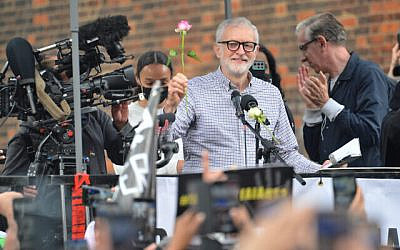 Hamas’ friend Jeremy Corbyn looked like a pig in mud on Saturday, when pro-Palestinian protesters briefly broke off from their chant of ‘From the River to the Sea, Palestine will be free,’ to indulge him with ‘Oh, Jeremy Corbyn.’

This is where they are happiest, waving Palestinian flags (while denouncing anyone who waves a Union Jack) and hearing the crowd singing about their genocidal impulses towards Israeli Jews.

But, I have to be honest, I did expect a bit more from the people who are meant to be moderate and who have vowed to rid the party of the shameful stain of antisemitism.

Two hours after Hamas first suddenly started firing rockets at the Israeli capital, the party leader Keir Starmer wrote:‘Israel must respect international law and must take steps, immediately, to work with Palestinian leaders to de-escalate tensions.’ What about the rockets, Keir? The rockets headed towards the capital city of one of our democratic allies?

Lisa Nandy, the Shadow Foreign Secretary, wrote a strongly worded letter demanding action from the Government about what needs to be done to solve the situation which never once appeared to acknowledge that Hamas is a genocidal terrorist organisation which doesn’t want peace with Israel but to wipe it out.

While new Scottish Labour leader Anas Sarwar opined in a tweet: ‘The root cause of this is illegal occupation, illegal settlement growth, the illegal siege of Gaza and human rights violations.’ He doesn’t mention Hamas at all.

I condemn all violence in the Middle East.

The root cause of this is illegal occupation, illegal settlement growth, the illegal siege of Gaza & human rights violations.

We will only see justice when every Israeli life and every Palestinian life is seen as and treated as equal.

Its hard to know if this is performative politicking – are they doing this simply to appeal to their base? Or if its sheer ignorance.

I am not sure what is worse.

All I know is that this binary view of good versus bad means that people who appear to side with the evil ones – all of us Zionist Jews – means that we therefore are evil too. Because how can you be a good person if you side with the people they regard as malevolent ethnic cleansing, apartheid-loving, baby-killing colonialists?

Labour needs to see that this obsessive virtue signalling hate fest towards the one and only Jewish state in the world is not only dangerous for us Jews but – and this will count more for them – unappealing to the electorate at large.

About the Author
Nicole Lampert is a freelance journalist and mother-of-two who is a former Showbusiness Editor of the Daily Mail. She started writing about antisemitism in the UK during the Corbyn years and unfortunately there is still lots of Jew-hate for her to still be getting upset about - she channels her worry and fury into her words.
Related Topics
Related Posts
Comments 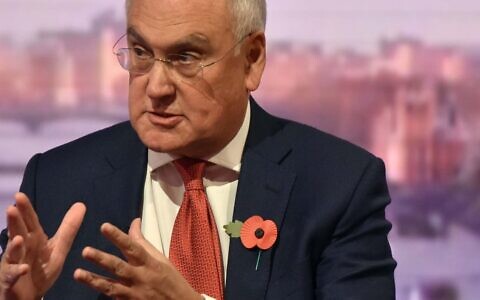 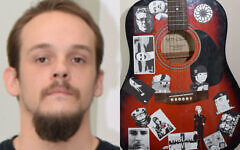