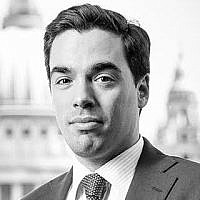 The Blogs
Andrew Freedman
Apply for a Blog
Please note that the posts on The Blogs are contributed by third parties. The opinions, facts and any media content in them are presented solely by the authors, and neither The Times of Israel nor its partners assume any responsibility for them. Please contact us in case of abuse. In case of abuse,
Report this post. 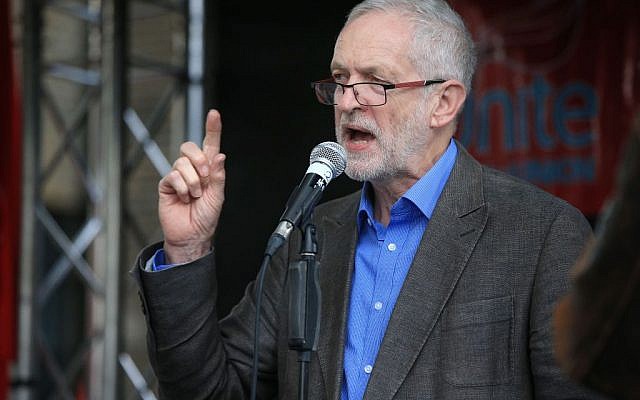 How unhappy do you have to be to get a divorce? cried Tini Owens. A couple of weeks ago, the UK Supreme Court ruled that despite the fact that she had come to the conclusion that her marriage had, after 40 years, broken down irretrievably, her husband begged to differ. So Mrs Owens petitioned for a divorce on the basis that she is miserable. The law alas, did not care two hoots for Mrs Owen’s feelings.

If you want a divorce, it doesn’t matter that you’re very very very very very very very unhappy. You just need to prove fault. After the justices ruled against Mrs Owen “with reluctance,” the Ministry of Justice rushed out a statement that something had to be done and “were working closely at possible reforms to the system.”

It’s a similar sort of conundrum that the Jewish community now faces with the Labour Party. For many British Jews have fallen out of love with it.

Traditionally the Labour Party was a natural political home. And of course, Israel’s dominant governing parties for nearly 30 years from its foundation were the left wing Mapai and Labour parties.

And we British Jews are really rather unhappy. It’s become commonplace to ask at social gatherings: “What will you do if Corbyn gets in?” “What do you think will happen?” Now, some may dismiss this as unnecessary parochial hysteria; but it belies this point: we want a change.

You see, the vast majority of us cannot see a future with a prospective prime minister who has done nothing to allay concerns over rampant anti-Semitism which is rife within his party.

Whether it is Mr Corbyn’s silence in condemning virulent anti-Semitsm on social media, his faux pas in publishing weak platitudes mere hours before the Jewish Sabbath — a slovenly sop to his critics — or his curiously stubborn desire not to engage with the Jewish community.

The idealist sighs: if only Mr Corbyn would rush out a set of reforms and stamp out anti-Semitism from his party. And perhaps he could also adopt the IHRA’s definition of anti-Semitism. With the same alacrity of the Ministry of Justice. Why doesn’t he just lead? The cynic chuckles.

Ah yes. The IHRA. That pesky definition of anti-Semitism we Jews keep harping on about? It’s not a matter of semantics. It goes to the very heart of what it is to be a Jew.

I don’t speak for others. But as a Jew, I want to divorce this nightmare of a Labour Party and tread with a new Labour — not necessarily “New” — but one that champions Jews’ rights and protects us from abuse, be that on social media, or in ethos. One that values the world’s only Jewish state, appreciating its deep complexities, while being sensitive to the fact that for British Jews, while Israel will always be of vast importance and holiness, Britain is our home.

For Mr Corbyn, “sorry” seems to be the hardest word, as Sir Elton once put it. According to that curate’s egg of an encyclopedia (no prizes for which online resource), the song is “a mournful ballad about a romantic relationship which is falling apart.” How apt. Perhaps we should channel our thoughts to 1997 and Tony Blair’s first general election victory where things could only get better. But then of course, we would, inevitably, wake up and realize it was all a D:Ream.