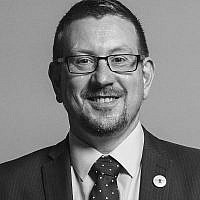 The Blogs
Andrew Gwynne
Apply for a Blog
Please note that the posts on The Blogs are contributed by third parties. The opinions, facts and any media content in them are presented solely by the authors, and neither The Times of Israel nor its partners assume any responsibility for them. Please contact us in case of abuse. In case of abuse,
Report this post. 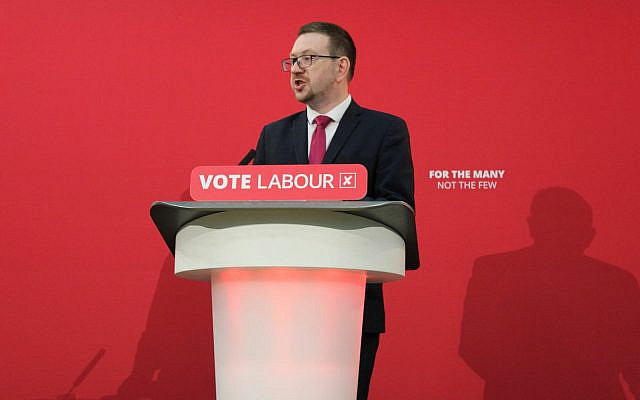 Antisemitism is an evil which all politicians and parties must stand united against.

It led to some of the worst crimes ever committed against humanity, and it is on the rise again today. Around the world and in Britain, acts of violence against Jewish people are increasing, and antisemitic ideas are gaining ground.

The Labour Party has a distinct responsibility to stand in unconditional solidarity with Jewish people in the face of antisemitism.

We recognise the anguish felt in British Jewish communities by expressions of antisemitism in the Labour Party. And we know that pain has been exacerbated by our failure to tackle this promptly.

We do not dismiss the strength of this feeling – we are committed to addressing the causes and overcoming the problem. We have apologised for those failings and we are putting our house in order.

The Party has overhauled its disciplinary procedures to ensure allegations of antisemitism amongst our membership are investigated swiftly, and firm action is taken without inordinate delay. Our previous procedures, created in the 1980s, were too slow because of their quasi-judicial nature. Now, we can expel within a matter of weeks, not months. These reforms – brought to Annual Conference in September – have already allowed for twice the number of expulsions for antisemitism than happened in the whole of 2018.

We’ve changed the way our disciplinary unit works so that we’re proactively rooting out antisemitism, not just responding to complaints. We’ve provided Facebook with multiple reports containing hundreds of pieces of evidence on antisemitic groups, urging that they be shut down. ‪Last week Facebook closed down one of those groups, hopefully the first of many.

We are the only party transparently setting out this work, by publishing figures of cases every 6 months, and we have introduced an educational programme on the nature of antisemitism – how to recognise it and combat it.

In government, Labour will take all necessary measures to protect Jewish people, their places of worship and other institutions such as schools and community centres from threats of any kind.

Our Race & Faith manifesto sets out our pledge to provide for the physical security of British Jews, defend your way of life and your right to live it freely, and ensure future generations are educated about antisemitism, such that they should never grow to be perpetrators of it. 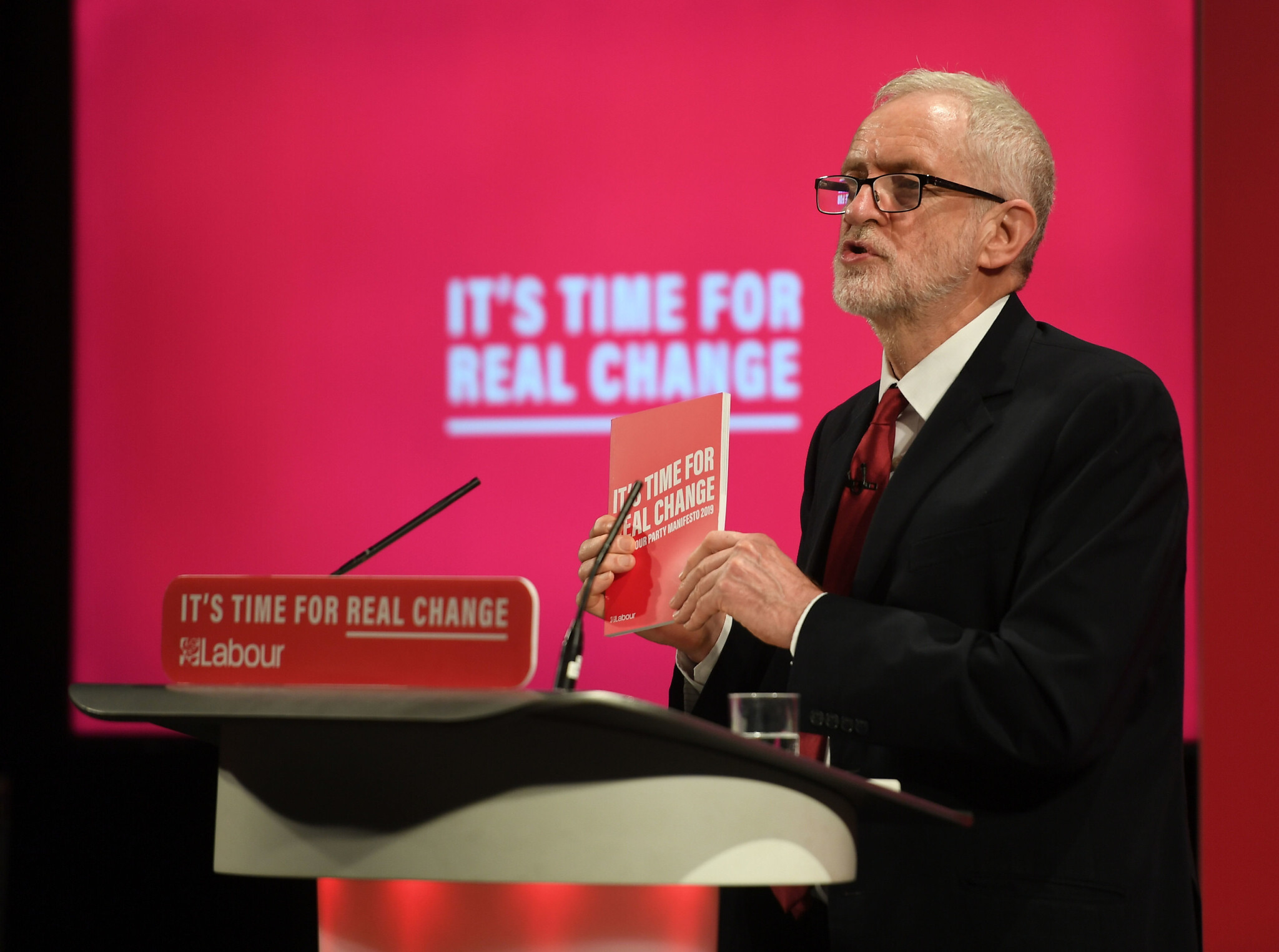 We will maintain funding in real terms for the Community Security Trust, in recognition of the invaluable and necessary work they do to protect their community.

We will review the Places of Worship Protective Scheme to ensure that smaller organisations such as Shomrim also receive adequate funding. The horrific recent attack on a Rabbi in Stamford Hill sadly proves the need for this.

And we will amend the law to include attacks on places of worship – such as the disgraceful desecration of a Jewish cemetery in Bury earlier this year – as a specific aggravated offence.

The appalling attacks on Jews at synagogue in Poway and Pittsburgh, and most recently in Halle on the Holy Day of Yom Kippur, are a terrifying signifier of the forward march of the far-right. Labour will seek to end the politics of hate through an independent review into how to tackle the threat of far-right extremism.

But we cannot defeat hate while tech giants allow antisemitism to spread like wildfire across the internet. In the UK alone, there are 170,000 antisemitic Google searches each year. We will work with social media platforms such as Twitter, YouTube and Facebook to combat the rise of antisemitism online.

Labour will always uphold the religious and cultural rights of Jewish people in Britain. We know that faith communities are often not considered in public policy-making, so Labour will equality audit all our public service policies before, during and after implementation to ensure that they do not inadvertently negatively impact upon faith communities. Be it our policies on private education or on organ donation, Labour will review and assess the full impact of these policies before we roll them out.

A stark example of this failure to consider our Jewish community was the introduction of the Tories’ cruel and punitive two-child limit on welfare benefits, which disproportionately hit Jewish families, especially those in the Charedi community. Labour will immediately scrap Universal Credit.

We will protect the rights of Jews to practice their religion free from persecution, whether that be through wearing religious dress and symbols, or the production of kosher meat. And we will work to raise awareness among employers about issues that people of faith face in the workplace, such as accommodating observance of religious holidays.

Labour recognises the value of religious and culturally sensitive social care services and youth services, and we will ensure they are properly provided for.

Coroners services who adopt a “cab rank” policy have left Jewish and Muslim families unable to bury their loved ones in accordance with their religious practice. A Labour government will ensure that coroners, medical examiners and death certification services can meet the needs of faith communities, for example with ‘out of hours’ services to help with urgent requests.

Finally, Labour will ensure that each child in our country is educated about the evil of antisemitism so that future generations will be ever-vigilant against its manifestations.

Shockingly, one in twenty British people do not believe the Holocaust happened. This demonstrates our collective failure to ensure that the motto “never again” is actively practiced.

Labour will address this by reviewing the national curriculum to ensure it teaches about racism, antisemitism, Islamophobia, xenophobia and black history, and about the horrors of the Holocaust. The devastating consequences of antisemitism must never be forgotten.

And we will work closely with our partners across Europe to challenge the rise of antisemitic rhetoric, including the disgraceful use of dog-whistle antisemitic tropes about George Soros in Hungary and legislation in Poland which gives licence to Holocaust revisionism.

We are committed to the values of social justice, internationalism and human rights, which will be the bedrock of our foreign policy. On Brexit, we will hold a second referendum within six months to give the British people the final say. And we will continue to work towards a two-state solution to the Israel-Palestine dispute, with a secure state of Israel alongside a viable and secure Palestinian state.

These are Labour’s commitments to the Jewish people of Britain, and to everyone concerned with the triumph of equality and respect over prejudice and bigotry.