The commandment to bring sheaves of barley to the Temple every day in the 49 between Passover and Shavuot is located in Leviticus 23:10 and Deuteronomy 16:9; an omer is a measurement of stalks.

When ye are come into the land which I give unto you, and shall reap the harvest thereof, then ye shall bring the sheaf of the first-fruits of your harvest unto the priest.

Seven weeks shalt thou number unto thee; from the time the sickle is first put to the standing stalk shalt thou begin to number seven weeks. 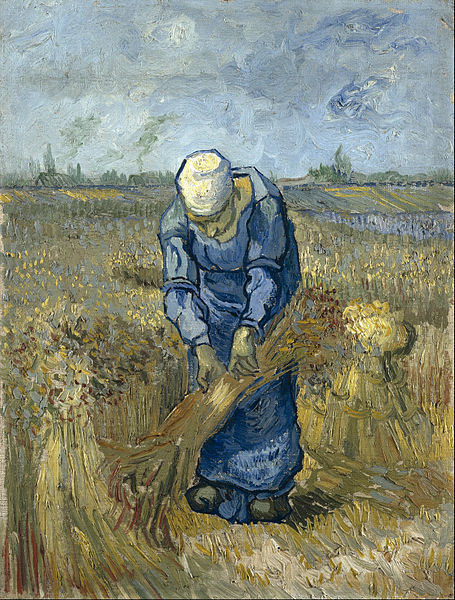 By Shavuot, after 49 days of counting, the first-to-harvest barley was replaced by wheat, a better quality grain.

Lag B’Omer starts in Jewish communities on Monday night: the 33rd day between Passover & Shavuot. Traditionally, the 33 days are a period of grief for 24,000 students of the great Talmud scholar Rabbi Akiva (c 130 CE) who all died in a plague.  Subsequently, European communities linked the period to the Crusaders’ massacre of Jews in the Middle Ages.

During the mourning period, observant Jews do not cut their hair, conduct weddings, listen to music, or shave. 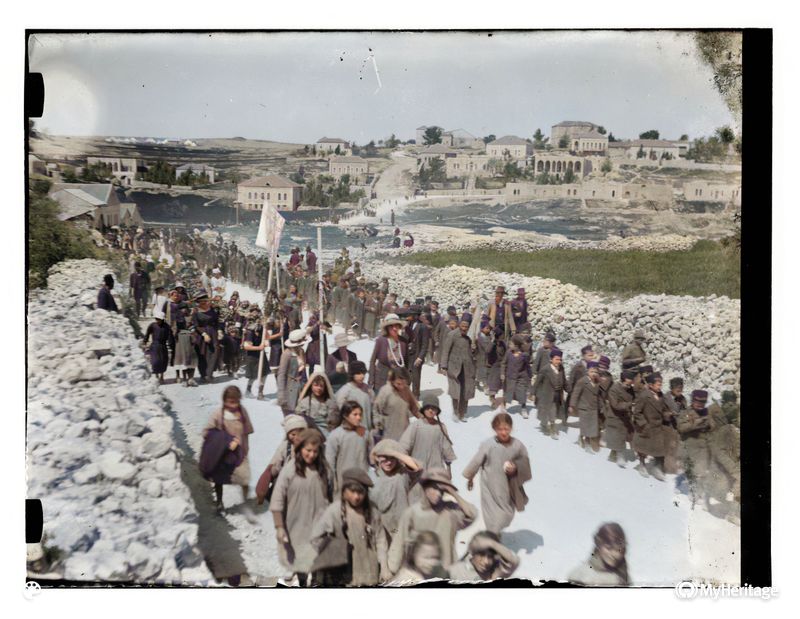 Jerusalem school children returning home to the Old City after a school outing on Lag B’Omer to the tomb of Shimon HaTzadik, April 1918. These children are the survivors of World War I and the epidemics and starvation that hit the Holy Land. (Library of Congress, colorized by the author.)

Until this year, Lag B’Omer was commemorated by mass pilgrimages to the graves of leaders such as the High Priest Simon the Just (Shimon HaTzadik) in Jerusalem or Rabbi Shimon bar Yochai in Meiron (the Galilee). Bonfires were lit across the country. Weddings will also held on Lag B’Omer 2020 but in much smaller gatherings.

Simon the Just served as High Priest in the Second Temple for 40 years. His grave is just north of the Damascus Gate of Jerusalem’s Old City. 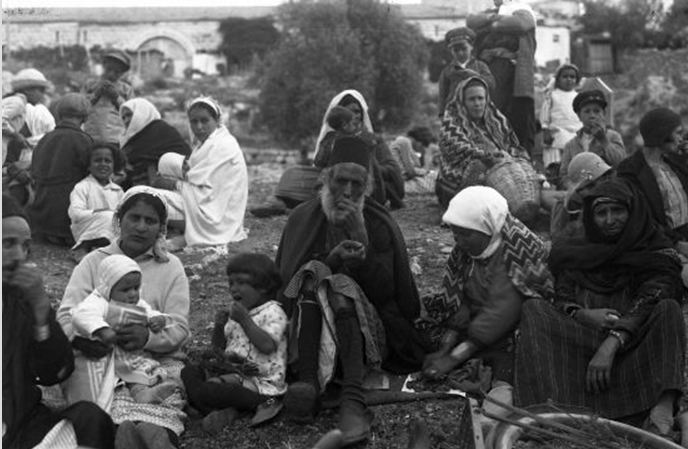 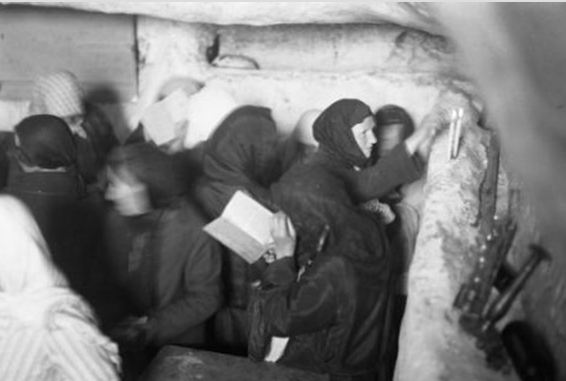 Worshipers inside Simon the Just’s tomb on Lag B’Omer (Harvard, circa 1930)

Lag B’Omer took on strong Kabbalistic significance in the Galilee during the Middle Ages, especially surrounding the grave of Rabbi Shimon Bar Yochai (“RASHBI”). Rashbi was Rabbi Akiva’s student and hid out from the Romans in a cave in the Galilee for 12 years. Rabbi Shimon Bar Yochai is revered for his Kabbalistic teachings. According to tradition, he was born and died on Lag B’Omer, and the Hillulah celebration at his grave in Meiron attracted hundreds of thousands of Jews — until this year. 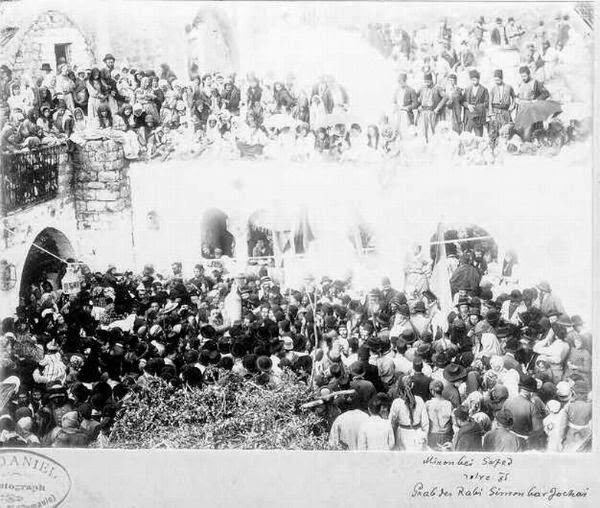 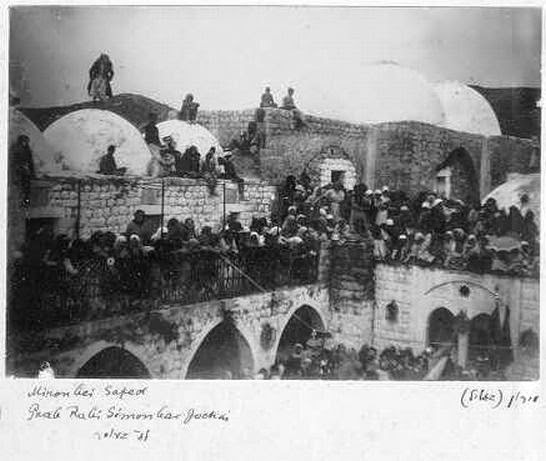 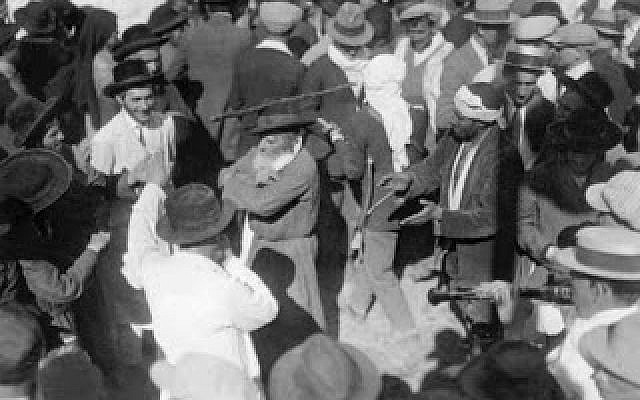 Does Lag B’Omer Have Political Roots?

Akiva supported the Jewish Revolt (132-136) led by Bar Kochba and considered him to be the Messiah. The Romans crushed the Revolt, razed Jewish towns and village, and massacred hundreds of thousands. The Roman Emperor Hadrian erased Judea & renamed it Syria Palaestina.

Did Akiva’s 24,000 students die in the “plague,” or were they actually massacred by Roman swords? Were the customary bonfires lit on Lag B’Omer in memory of the signal fires of the Revolt?

Bar Kochba issued this coin “to the freedom of Jerusalem” during the Revolt. One side shows the Temple destroyed 60 years earlier. The other a picture of a Lulav and Etrog from the Sukkot festival, arranged according to the Mishnaic ruling of his mentor Rabbi Akiva  (but not accepted by other rabbis). 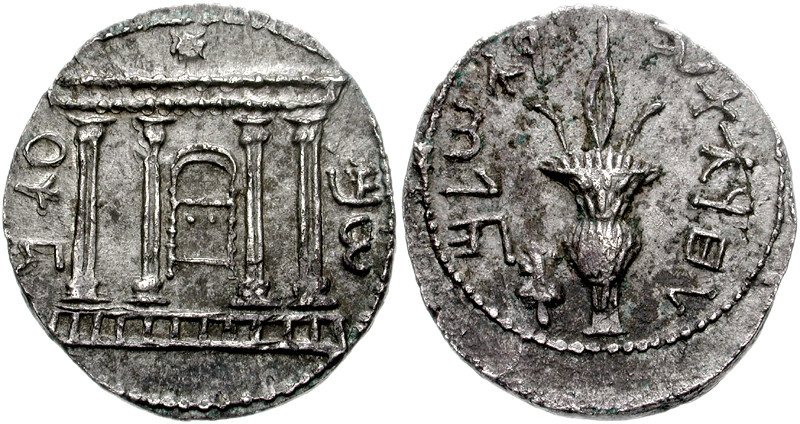 Bar Kochba’s coin of the Temple on one side and a Lulav and Etrog arranged according to Rabbi Akiva’s minority opinion. (Wikipedia, Classical Numismatic Group, Inc.)

Remember the Passover Haggadah story of Rabbis Eliezer, Yehoshua, and Tarfon sitting with Rabbi Akiva, their student, in Bnai Brak telling the Egyptian Exodus story all night until their students, standing guard outside, told them it was morning. The rabbis were from Lod & Peki’in, far from Bnai Brak. Were they there talking of the Revolt? Some have suggested that the Haggadah phrase “Arami oved avi” — an Arami (Laban) enslaved my father (Jacob)” was actually code for “Roma-i (Romans) enslaved us.”

In the 1920s, Lag B’Omer took on a new meaning for religious Jewish youth (who formed Bnai Akiva) and nationalist youth (Beitar) — empowering Zionist youth all over the world in the spirit of Rabbi Akiva and Bar Kochba.