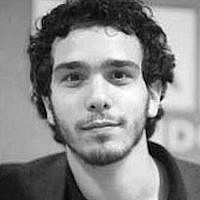 Over recent weeks I have struggled, really struggled, with questions from friends and neighbours about whether the Labour Party is the place for me and my political beliefs. Whether Labour is still true to its founding principles of equality, social justice and human rights.

So I want to explain why I am standing as a Labour candidate in the Barnet Council elections tomorrow and why I am asking Barnet residents to vote Labour.

Some may say resign and be done with it. But that is too easy. We are engaged in a battle for the health of our democracy and the soul of the Labour Party. Walking away may have made me feel better, but would make no practical difference. Instead, as a councillor I can be vocal on issues my community cares about, including antisemitism within Labour, and I have had total support from every one of my Labour councillor colleagues when I have done so.

I am standing to represent West Hendon again because all across Barnet I constantly see modern day poverty, with the Conservative government nationally and the Conservative council locally both heartless and indifferent towards our nation’s poor. I am proud to be standing on Labour’s manifesto for Barnet – do please read it and decide if you agree with our policies. More affordable housing, better road and pavement repairs, support for small businesses. The new Safer Barnet Police Team, dedicated to tackling anti-social behaviour and the scourge of anti-Semitic hate crime which has risen in Barnet since the EU Referendum.

A Labour council won’t cost you a penny more on Council Tax than the Barnet Conservatives are proposing.

The Conservatives say council elections should be about good public services at a reasonable price.

But Barnet Conservatives can’t claim a record of good services. We see potholes on every street, and fly-tipping in every hedgerow. The Conservatives’ number one election promise to keep weekly bin collections is laughable. Bin collections all over Barnet have been missed, disrupted and delayed for weeks because the ground is giving way under recycling trucks at the new £12m Oakleigh waste and recycling depot.

These blunders in basic services are embarrassing for the Conservatives. Many of their other failures can only be described as shameful.

Barnet’s children’s services department, responsible for safeguarding and social work with our most vulnerable young neighbours, is officially ‘inadequate’. The Government had so little trust in Barnet’s ability to improve children’s services that it called in Essex County Council to do the job.

Failing to plan enough affordable housing is breaking up families, because the next generation can’t afford to stay in the area. Tearing down 800 council homes to make way for luxury housing developments has led to more than 3,000 Barnet children being officially homeless and living in temporary accommodation

In the absence of a good track record and with no vision for the future, the Barnet Conservatives have instead misled the public about Labour in a really underhand way. Voters have been sent official-looking letters marked ‘Important information about your bin collections and council tax.’ If you get one – beware. The claims inside about Labour doubling council tax and stopping weekly bin collections are disgraceful and untrue.

In reality, the Conservatives are planning higher Council Tax increases in Barnet than Labour! As well as a 3 per cent general increase next year, the Conservatives will levy a £150 increase on the 20,000 poorest families in Barnet. Labour won’t do this. Voting Labour will not cost anyone more in council tax than voting Conservative. For 20,000 genuinely struggling families, a Labour council will cost them less.

The Conservative claim that council tax is higher in Labour boroughs isn’t true. Where Labour controls the local council, households pay an average £336 less this year than those living in Tory areas. In Labour Merton, a suburbs borough like Barnet at the other end of the Northern line, council tax has been frozen for seven years and is lower than council tax in Barnet.

The Conservatives have had 16 years in power, they have run out of ideas and they’ve handed the running of the council to the failing outsourcing giant Capita.

It’s time for the people of Barnet to take back control. Vote for your Barnet Labour candidates tomorrow, for a brighter, more positive Barnet, with better services, reaching more people, and lower Council Tax than the Conservatives will charge.