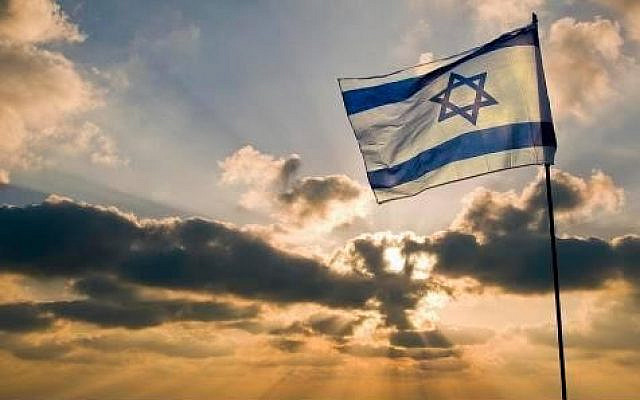 As we go to press on Wednesday night, President Reuven (Ruvi) Rivlin gives the mandate to form a coalition government to Yair Lapid of the Yesh Atid party.

This latest move in the unfolding dramatic weekly drama series of “Knesset-Gate”, comes after the Director-General of the President’s House, Harel Tubi, wrote to the heads of all parties represented in the Knesset, in accordance with paragraph 9 of Basic Law: The Government (2001).

To save you the boring details in the letter, Binyamin Netanyahu’s mandate expired on Tuesday night and so the President by law, gets to decide who to hand the all-important coalition keys to next.

Rivlin offered to meet with party representatives for a second time on Wednesday, to hear the leader’s latest views on the political stalemate. This time Gideon Sa’ar’s six-seat New Hope party, endorsed Lapid. This boosted his bloc of backers from 45 to 51. The parties include Yesh Atid (17), Blue and White (8), Labor (7), Yisrael Beytenu (7) and Meretz (6).

In the previous round of consultations with Rivlin last month, Sa’ar’s party did not back anyone for premier.

The so-called “bloc for change” together with the right-wing Yamina party with 7 seats are jumping for joy and energised with excitement. Israeli social media was awoken with “mazeltovs” and “finally a government” being posted.

But this is definitely not a “done deal.” Significant hurdles remain, despite what the Israeli media is reporting, because much of the public does not understand the numbers.

It’s important to remember that Benny Gantz as leader of the original Blue and White party, also received the mandate in 2019, twice. He too failed to reach 61. Hence we went to a third election in March 2020.

Lapid has reached 58 mandates, which is one less than Netanyahu managed to attain before his mandate expired. So one of the two Arab parties, either Ra’am with 4 seats or Joint List with 6 seats will have to make up the numbers.

But wait! The right bloc is beginning to show signs of cracks after Yamina MK Amichai Chikli announced his objection to the emerging Bennett-Lapid government.

In a leaked letter addressed to Bennett, Chikli was supportive of a change of leadership and also believed a fifth election would be “very bad.” But he objected to “the serial violation of express promises to our voters,” which included forming a right-wing government, not sitting in a coalition with the left-wing Meretz party, and not crowning Lapid as prime minister even in a rotation deal.

Chikli argued that such a government would be “in direct opposition to the basic identity of the Yamina party.” Reports have also suggested that one, possible two other Yamina MKs agree with Chikli, but have not yet made their stance public.

So let’s assume Yamina only lose one MK and Arab Ra’am join the “government of unity”, bringing the mandates to exactly 61 seats. Wow, a Knesset majority!

However significant differences remain on matters related to the Justice Ministry and Settlements. Even if these issues can be worked out between Lapid and Bennett, what about the distribution of portfolios?

We know that Lapid has offered Bennett to become prime minister first in their power-sharing agreement for two years and three months, after which Bennett would become foreign minister and Lapid would assume the premiership.

Hebrew media reports said Lapid, Bennett and New Hope leader Gideon Sa’ar had agreed in principle on a government of 24 ministers, which is 6 larger than Lapid had wanted.

The reports say that Lapid has also promised a senior portfolio to Yamina’s Ayelet Shaked (either interior or public security) and two or three additional portfolios for members of the Yamina party.

Lapid is also willing to give Bennett’s right-wing bloc within a prospective unity coalition wide veto powers. However, disagreements surfaced earlier this week, as the sides sought to build the trust required to hold together a coalition.

Shaked, Yamina’s no. 2 and a former justice minister, has reportedly demanded to return to the Justice Ministry, which is currently slated for Sa’ar. The conservative Shaked has faced a concerted campaign from the right, especially Likud, not to support a unity government with the left, and is believed to be seeking the justice post, so she can explain her membership in the new government as a defence of right-wing policies in the ministry.

If Shaked takes the justice post from Sa’ar, he will demand either the Finance Ministry, currently slated for Yisrael Beitenu’s Avigdor Liberman, or the Defence portfolio now held by Blue and White’s Benny Gantz, sources said.

Negotiators from the Yesh Atid, Yamina and New Hope parties held marathon day-long talks last Thursday at the Knesset in a bid to narrow the remaining gaps. Lapid said in a Facebook post that the parties had agreed that on issues of religion and state they must act “wisely and mainly cautiously.”

So this is not as simple as those in the “camp for change” seem to be implying. In the meantime, Netanyahu on Wednesday night called upon the right bloc now in Lapid’s camp to come home and “build with me a strong right wing government”.

As we close, Netanyahu continues to be Prime Minister and should there be no government formed by early June, the country will head to its fifth snap election in two and a half years.