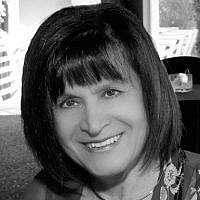 This week’s Parsha, “BO” is about the ninth plague that Moses imposed on Egypt’s Pharaoh: three days of darkness.

It is appropriate that this week we are also celebrating Martin Luther King’s birthday.

At this juncture of history, we are living in very turbulent times. Our ancestors were enslaved in Egypt, we suffered genocide, Israel fights for its existence, but none of this has ever deterred us from standing up for a better future not just for Jews, but for the world.

This week’s Parsha has more meaning than ever because this Parsha is about freedom.

Like Moses, this broken world is calling on us today to fight for a better future.

Today, the same despair which befell our Jewish people in Egypt, has befallen so many refugees including the Yezidi people in Iraq. The Yezidis are an ancient non-Muslim minority religious group living in Iraq.

They has been severely persecuted, forcibly converted to Islam, thousands have been murdered in cold blood, their villages raised to the ground. Over 5,000 young Yezidi young girls have been abducted by ISIS and sold into sex slavery.

I saw the video of a Yezidi woman running from ISIS holding one child by the hand and carrying the second child. As the woman is running desperately to avoid capture, she makes a decision no mother should ever have to make: she releases her hand from the  five year old child, leaving him behind, to save the younger child she is carrying.  This image has been haunted me ever since.

The compelling plight of the Yezidis has prompted me to became an advocate for their cause, and speak out for those who have lost their voices to slavery and persecution.

As I read this week’s Parsha, I ask myself the same question that Rabbi Audrey Korotkin asks. ”Mi anochi — who am I for such a task?”

Can I take on such a task?  Can I be like Moses or Mahatma Ghandi, or Martin Luther King? Or the Burmese Nobel Prize woman Aung San Suu Kyi? Can I make a difference? The answer is :

We can join hands with the oppressed Yezidis by speaking out, by being the voice for those enslaved women and men who lost their voices.

This week, as I celebrate my freedom, and honor the inspiring life of Dr. Martin Luther King, I ask you to join me in helping at least one Yezidi to gain his or her freedom.

In the spirit of “Tikkun Olam — repair the world” we must join hands and give financial support to a group of fifteen Yezidi students who are currently studying in Bangalore, India. These students no longer have the funds to finish their studies because their parents have lost all their assets to ISIS. Their college degree will be their ticket to freedom, because they will have a much better chance to secure a visa to a Western country once they graduate.

If we don’t help them and sit in silence and apathy, are we not condemning them to a dangerous future and forced conversion to Islam by ISIS?

“The sages asked:  “What is to be a leader of the Jewish people?  Is it to hold official authority, Is it to have a personal relationship with ones’ followers that rests not on honor and deference ,but on encouraging people to grow, accept responsibility and continue the journey you have begun?”

Rabbi Jonathan Sacks, former chief rabbi of England responds, “There is no one Torah model of leadership.  We are each called on to fill a number of leadership roles as parents, teachers, friends, team members. A good leader creates followers.  A great leader creates leaders, that was Moses Greatest achievement.”