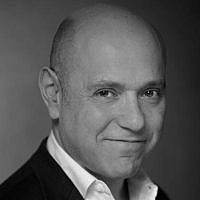 The Blogs
Eli Gottlieb
Apply for a Blog
Advertisement
Please note that the posts on The Blogs are contributed by third parties. The opinions, facts and any media content in them are presented solely by the authors, and neither The Times of Israel nor its partners assume any responsibility for them. Please contact us in case of abuse. In case of abuse,
Report this post. 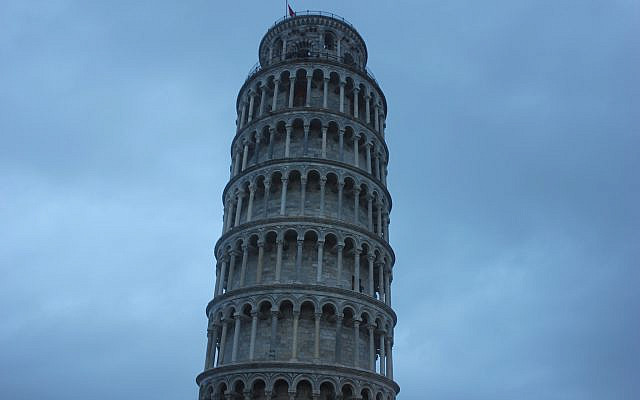 Two headlines screamed for Israelis’ attention the other week. For a change, neither of them was about the political deadlock or missiles from Gaza. Instead, both were about statistics. The first bemoaned Israel’s poor performance on the latest PISA tests; the second accused the Israel Defense Forces of systematically inflating the number of Haredi recruits enlisted each year since the law was changed to increase their participation in military service.

At first glance, these stories have little in common. One is about unequal shouldering of Israel’s national security burden and accusations of deliberate misinformation. The other is about declining educational standards and accurate data placing Israel in the company of nations like Jordan and Belarus rather than the advanced western economies with whom it prefers to keep company.

First, neither story is surprising. Although the IDF has not before been caught in quite so explicit a case of misinformation, it has for years presented recruitment statistics in formats that are apt to mislead. For example, when reporting proportions of women, Ethiopians, Muslims, and Haredim recruited each year, the IDF has employed inconsistent phrasing and forms of graphic representation to underplay discrepancies between populations. Some reports refer to percent deferrals instead of percent recruits. Others report only absolute numbers of recruits instead of percent recruited from those eligible. And relevant base rates, such as population growth in each population, are routinely ignored.

Similarly, declining standards and growing gaps in Israeli education are no secret. After previous PISA results — which were also disappointing, just a little less so — some sought to attribute them to the achievement gap between Arab and Jewish pupils. However, the data show such excuses to lack any foundation. Even after controlling for the performance of Israel’s Arab minority (which accounts for around 20 percent of pupils who participated in PISA), Israel’s scores are well below the OECD average.

Second, in both cases, the public outcry focuses on surface symptoms rather than the underlying problems. As such, it risks leaving the problems intact.

In the case of Haredi army service, the problem is a law that the IDF has no appetite to implement and the government has no political will to enforce. Yes, it is wrong to massage statistics to avoid criticism. And we should expect more of our armed forces. But such manipulations are common whenever and wherever rapid progress is demanded with respect to some public, quantitative objective. It happened in Soviet Union in the 1930s, with respect to five-year plans, and in the United States in the 1990s with No Child Left Behind.

In the case of Israel’s PISA performance, the problem is not where we place relative to Finland or to Lebanon. The problem is that our performance continues to decline relative to our own previous performance, and the achievement gap between Jewish and Arab pupils to widen, despite the huge sums of taxpayers’ money invested over the course of a decade to address these issues. Not only is our education system failing but it appears to lack the capacity to improve.

Calls to punish the “culprits” are a diversion. Court-martialing the officers responsible for publishing inaccurate recruitment data or blaming the Minister of Education or the teachers for disappointing PISA results won’t change anything. It will leave the edifices of national service and public education hanging precariously at the same angle as before, ready to topple over at the next earthquake.

The integration of Haredim into the military and the kinds of educational reform required to teach critical thinking effectively cannot be addressed by executive fiat or within the term of office of a single minister. They are deeper and more complex than that. When we demand immediate results, we encourage our public servants to waste precious resources on quick fixes, or even worse, to pretend we are doing better than we are.

Israel urgently needs an independent, national body to advise the government on long-range social challenges such as these and provide up-to-date, reliable data on our progress. As the search this week for culprits demonstrated once again, only an independent body can provide the transparency and continuity needed to help our public institutions make real, rather than cosmetic, progress. Instead of spin to make leaning towers look straight, we need honest analysis and determined action to create a less crooked reality.

About the Author
Eli Gottlieb is a cognitive psychologist, writer and executive coach. He researches how culture and identity affect thinking; writes about how these interactions shape everyday life; and advises organizations and executives on leadership and institution-building.
Related Topics
Related Posts
Comments