The Lithuanian Ministry of Foreign Affairs has begun to tweet the hashtag #LeaveHistoryToHistorians. But in this case, the historians are liars.

Winds of change appear to be blowing in Lithuania, but is this fresh air, or the stench of denial? What this in essence says, is that “we don’t know anything, we never knew anything, and we never will know anything” about murdering Lithuanian Jews. Aside from being a muddled acknowledgment of their complete failure to record history as it happened, and not the Lithuanian sanitized version of events; it is just more of the same denial, revision and whitewashing. Lithuanian is instead, sticking to the three monkey’s defense (see no evil, hear no evil, speak no evil).

It is disgusting to be told that my entire Lithuanian family wasn’t murdered, or are lost and cannot be found. Their Lithuanian neighbors apparently did not see who murdered them, did not hear the cries of pain and slaughter, did not smell the acrid stink of collaboration and have no idea how Jewish possessions ended up furnishing their newly acquired Jewish homes. 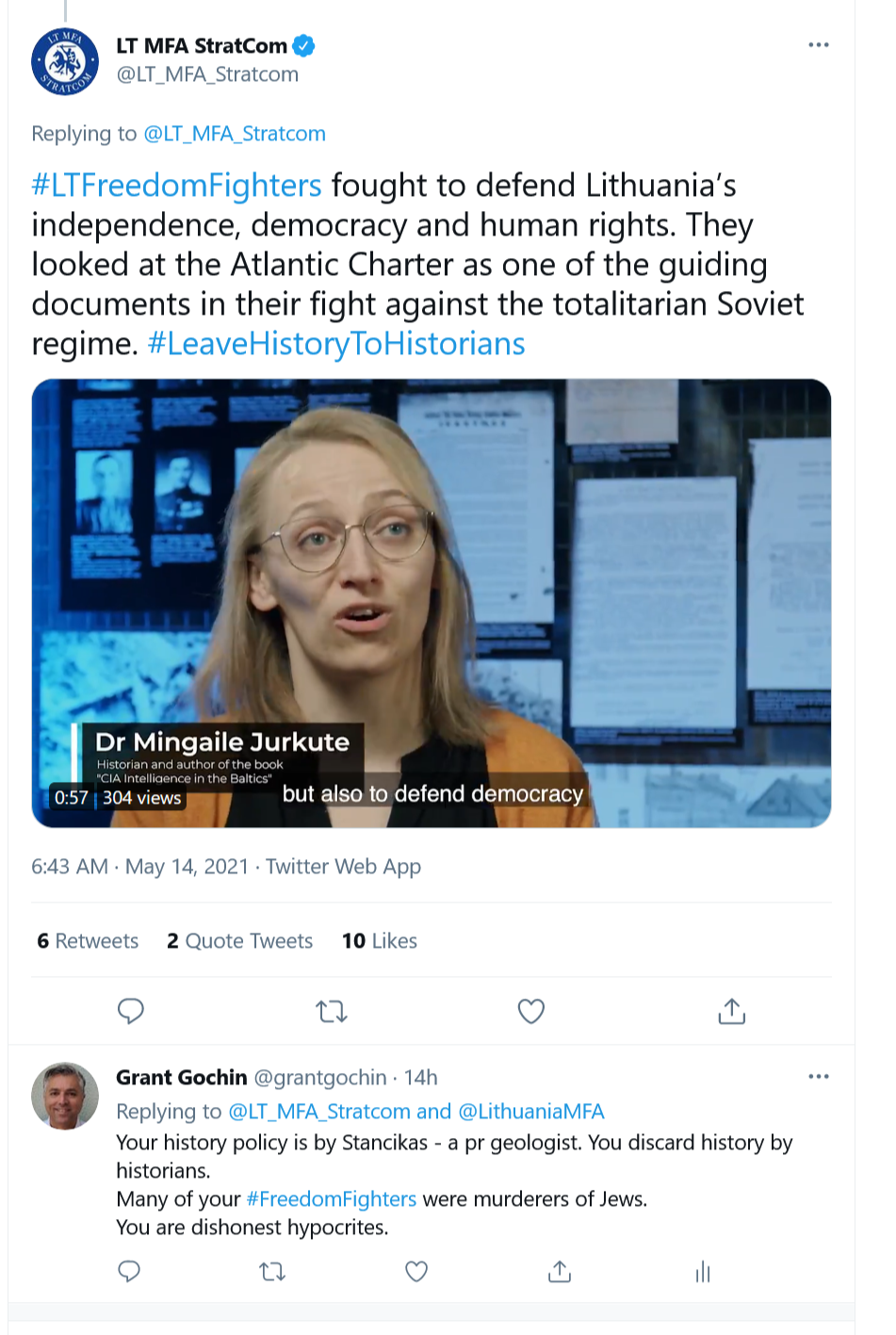 Lithuania’s national history policy is fraudulent. They have never previously had use for objective historians. One example is from 2012 when the government of Lithuania exhumed the remains of their Provisional Government’s Prime Minister, Brazaitis and returned them to Lithuania for reburial with state honors. The Government approached the Lithuanian Institute of History for comment by professional historians, who warned the government that the idea was ill considered. Brazaitis was a Holocaust perpetrator. Dissatisfied with this response, the Government then approached their own Genocide Center. This “Genocide Center” claimed that Brazaitis had been “completely exonerated” by the US Congress. They said he is considered innocent. This statement is a flimsy house of cards and completely without merit or truth. The US Congress complained. This was ignored by the Government of Lithuania who choose instead to bow to their clay footed idols. Historians be damned.

Lithuanian has no use for facts.

My submission of a historical study exposing Jonas Noreika as a mass murderous genocidaire was not met with any sort of positivity. Indeed, the official Lithuanian government response was to threaten me with criminal and Constitutional charges. They jealously stick to their Holocaust revisionism because it is convenient.

Lithuanian’s President, Prime Minister, Parliamentary Ombudsman and Foreign Ministry are not willing to ascertain if any charges have actually been filed against me. This is straight out of the strongarm Soviet intimidation handbook.

This is proof of collusion by every governmental division that is fully cognizant of the facts, but have acquiesced in order to present a united front to the yawning chasm between truth and revision.

My American citizenship protects me from direct action sanctioned by the Lithuanian government. Prosecuting an American citizen for exposing Holocaust fraud, denial and revision, while simultaneously relying on America to protect them from their enemies would not be prudent. It would be ridiculous. My US citizenship does not, however, protect from me from verbal or physical assault by individual Lithuanians. I receive regular threats of violence or death. At this point, I am used to such treatment. I am not a Jew with trembling knees. I do not shrink in fear from bullies and thugs.

More concerning is Lithuanian leaders sanctioning and threatening legal actions. Such was the case by Jon Platakis; the CEO of National Lithuanian American Hall of Fame. 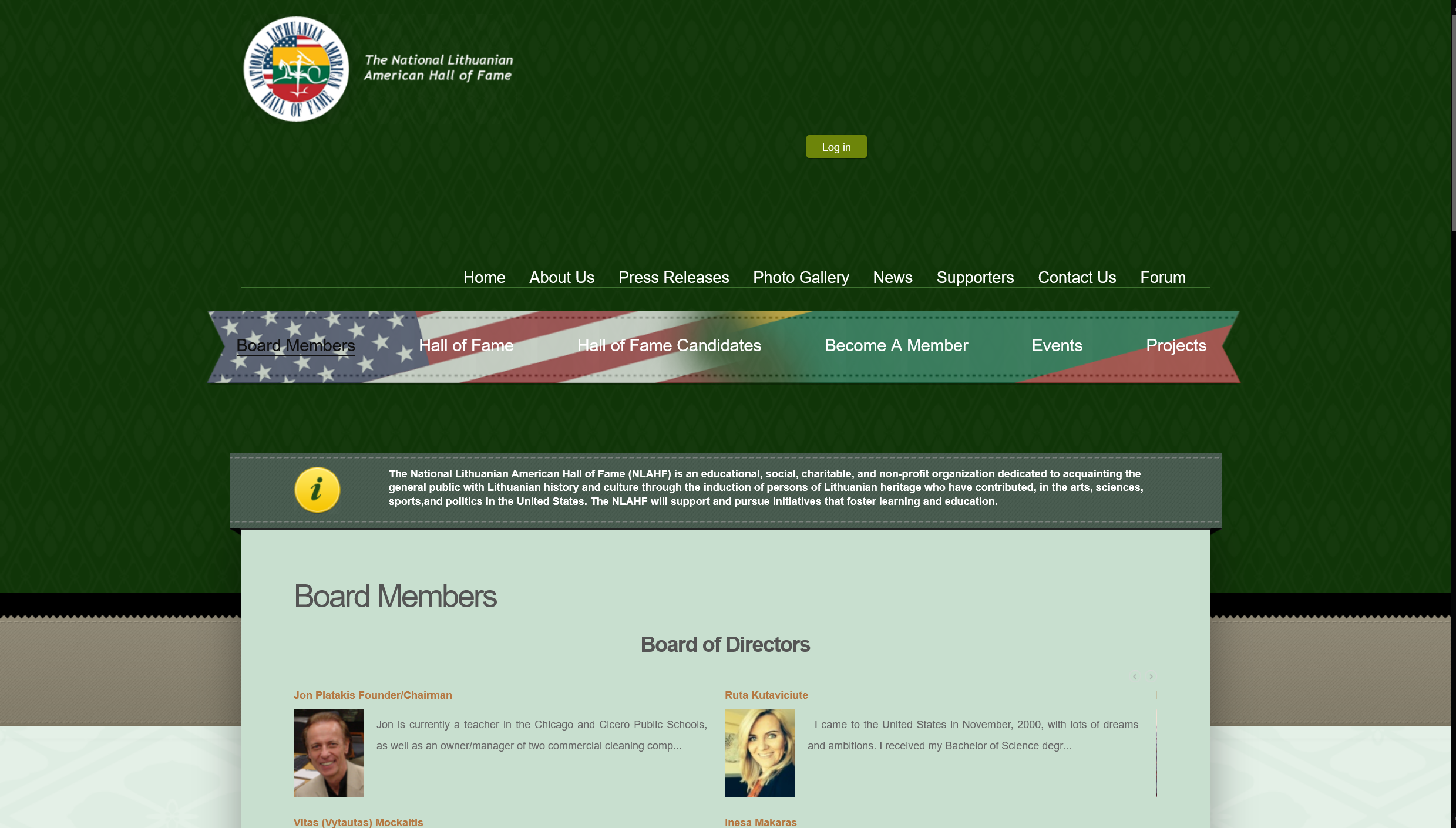 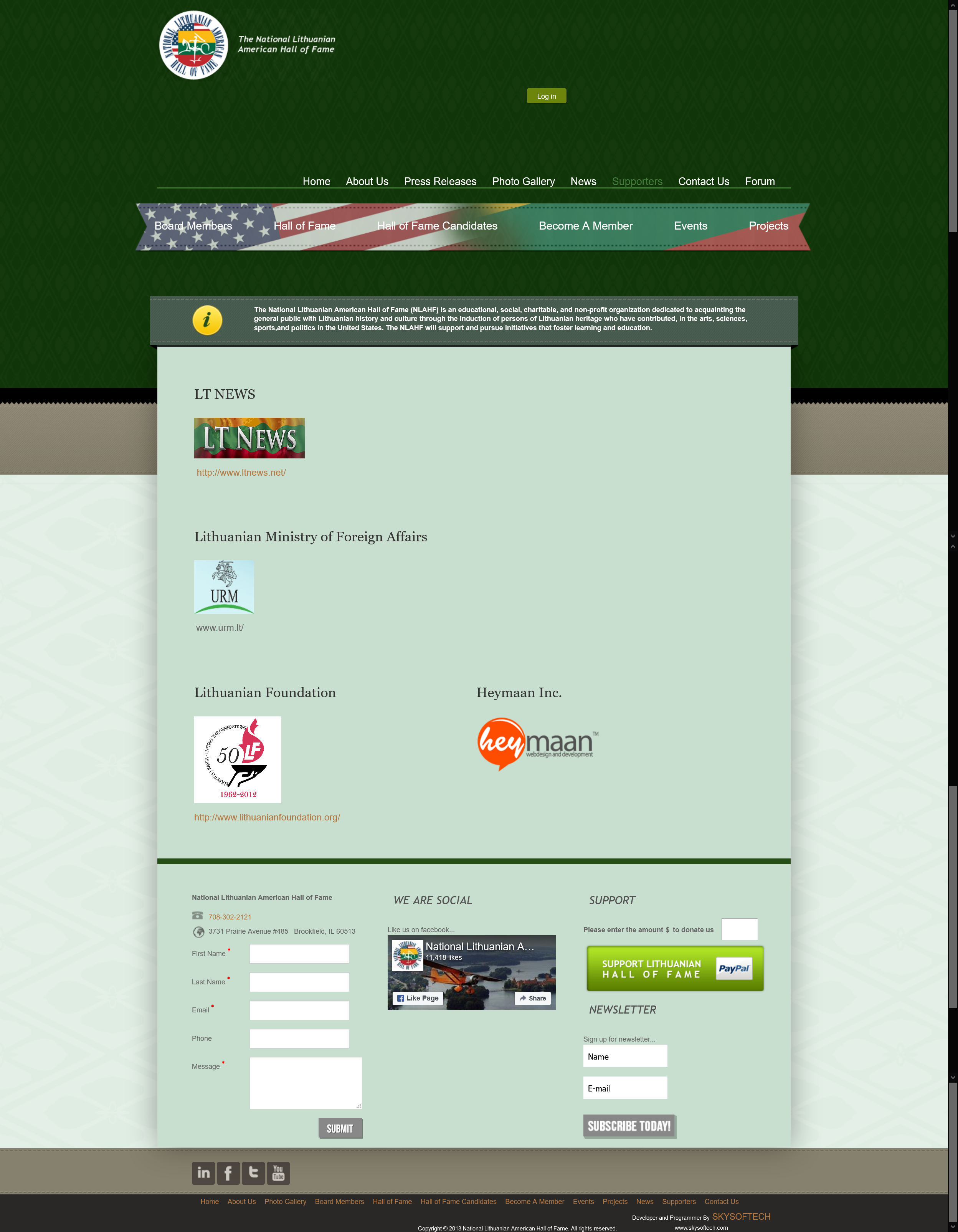 Unable to silence me through threats of criminal and constitutional charges, and unable to silence me through threats of violence and death, Platakis, as an agent of the Lithuanian Government and as CEO of National Lithuanian American Hall of Fame threatens me with civil charges and litigation for “slandering their heroes”. It would seem that for too many Lithuanians, Nazi collaboration and murdering Jews are not deterrents from misguided hero worship. 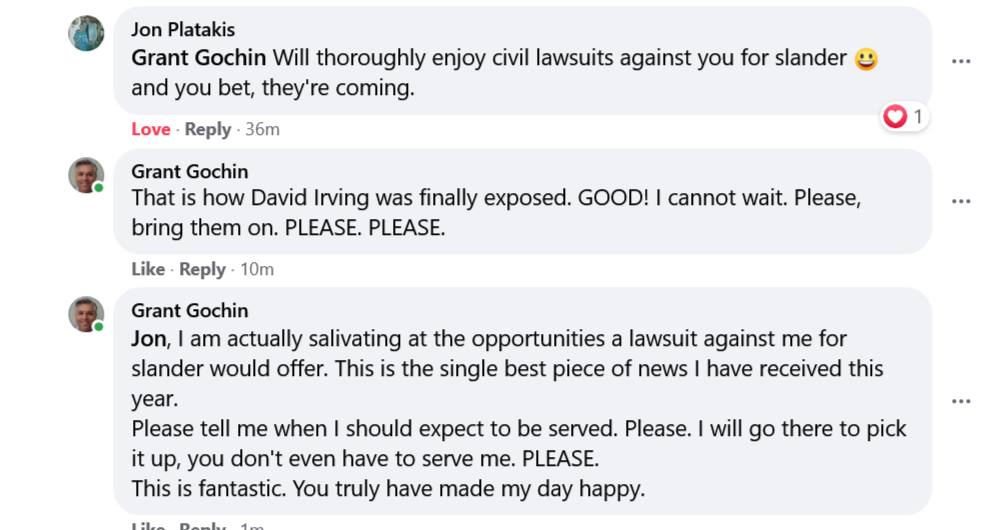 Platakis claims his entity has Non-Profit status, but searches show no such entity listed with US tax authorities.

Being funded by the Lithuanian Ministry of Foreign Affairs means it is more likely he would need to be registered as a Foreign Agent under the Foreign Agents Registration Act. No such listing is found.

The Better Business Bureau in Illinois does not show a record for his business: “Dirt Busters”; a janitorial service.

Platakis was offered an opportunity to provide a statement for this article – he did not respond.

Silvia Foti’s book “The Nazi’s Granddaughter” has provoked a frenzy in Lithuania. They have been unable to silence her. Death threats and governmental intimidation have had no reaction as Foti doggedly continues speaking Truth.

The Lithuanian wall of lies is beginning to crumble. The façade is unable to continue. It seems that Lithuania will only tell the truth if they have no other option. Historians have never been regarded favorably; historical truth for the past 30 years is only the purview of historians, while the governments’ false narrative keeps avoiding facts and truth. Anyone coming too close to the flame of facts have been met with derision and intimidation by the government. This government continues to push their false narrative even in the face of international exposure.

The Governments new hashtag #LeaveHistoryToHistorians indicates that, for the first time, perhaps there is hope of a breakthrough, and history may be left to proper historians. It remains for those of us who are watchdogs to make sure that historians do not become a commodity that can be bought, sold or silenced.