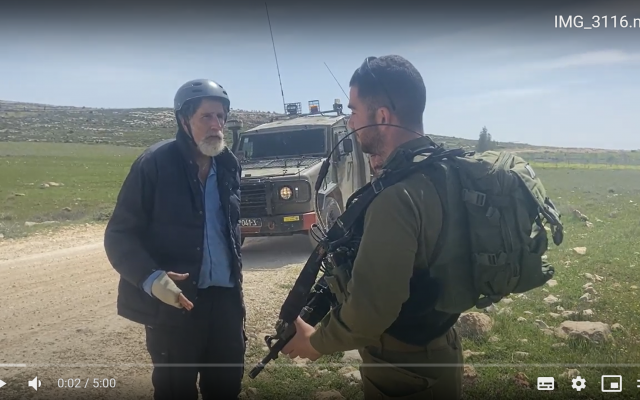 Two thoughts this year for our Festival of Freedom:

Today in Israel we are in the midst of a conflict between those who believe that Jewish history demands that we open our doors to both Jewish and non-Jewish refugees from Ukraine, and those who echo the words of Pharaoh, who seeks to strike fear into the Egyptians that we will be too numerous and might even become a fifth column siding with Egypt’s enemies. (Exodus 1:8-10).

However, it is not just a matter of whether we will close our hearts and borders to Ukrainians.  Eritreans and the remaining members of Beta Israel in Ethiopia are asking, “Why are we being left behind?”  Why is there so much concern about white Europeans, while we are nearly forgotten? Tens of thousands of Israelis have been languishing for years on the waiting list for public housing, and many tens of thousands more are not even on the waiting list because of eligibility criteria having nothing to do with need.  Most of those on the waiting list are themselves immigrants. These groups are asking, “For years the government said that it couldn’t increase the number of public housing units to meet the need. Now the government has grandiose plans to build for the newcomers and is even renovating existing public housing in a way that it never did for us.  We are for providing housing for Ukrainians. But, if you are already building, you aren’t going to build for us as well?” Echoing Moses rather than Pharaoh, the Public Housing Forum of which I am a part is saying, “Build for everybody. Nobody is left behind.”

But, she also asks, what about us?

And where does this leave Israel’s Negev Bedouin citizens and Palestinians in the Occupied Territories whose homes are demolished because we give them almost no possibility of building legally?  If here and there there is public discussion about Eritreans and Beta Israel and Israelis in need of public housing, the housing needs of Palestinians on both sides of the border are only discussed in the framework of the threat posed by illegal building, linked to the demographic threat.

Our national home must provide secure homes for all. Nobody is left behind.  The collective we call humanity means each and every one of us.

Our sages and rabbis have always sought to make the counterintuitive argument that true freedom is to be found in subjugating ourselves to God’s Will. In the oft quoted line from Pirkei Avot (which we read between Passover and Shavuot) we are taught, “The tablets were the work of G‑d and the writing was the writing of G‑d, ‘kharut’ (engraved) on the tablets.” Do not read “kharut” but “kherut,” (freedom) for there is no free person except one who occupies him/herself with the study of Torah. (6:2). Yehudah HaLevy said that only the servant of God is truly free.  He explains this to some degree by arguing that everybody else is a slave to time.  We could also argue that religious discipline frees us from the slavery to desires and impulses.  Rav Kook says that we are being true to God’s Image within us, and not slaves to what some other person thinks. Rabbi Abraham Joshua Heschel writes that we exercise our free will to elevate ourselves. This is in line with the teaching that “Everything is hands of Heaven except the fear of Heaven.” (Babylonian Talmud, Berakhot 33a). Whether we call it God’s Will, or the laws of genetics, psychology and sociology, or nature or nurture, arguably freedom is an illusion. Yet, we believe we retain the freedom to choose to what we are beholden.

It does require an act of will to exercise that freedom. Often it is easier not to.

For those of you who understand Hebrew, you need to watch this shocking video. (Sadly, for those of us for whom the Occupation is our daily reality, the only shocking element is that the officer I am in dialogue with says what he thinks so openly). On the lands of Dir Jarir, this officer who identifies himself as “Hen,” and asks us to film him and to publicize what he has to say, came the previous day after we yet again caught the flock of the Ma’aleh Ahuvia outpost that is illegal even according to Israel inside the fence of a private Palestinian olive grove. The army never comes when we call, but they came very quickly when the settler shepherd claimed he was attacked. Evoking shades of “Alice’s Restaurant,” trackers and medics and security officers all converged on the scene of “the crime.” Because the office asserted that there had been an attack, I was taken to the police station and temporarily detained on suspicion that I had attacked and caused serious injury to the uninjured settler. I was quickly released, but the police may still be searching for the landowner, who therefore is afraid to file a complaint.

The next day, a settler shepherd apparently felt threated by us again. In the ensuing conversation with Hen in the video clip, he says that the problem is that Palestinians come to their land, and harass the settlers trespassing on their land. We are provocateurs for helping Palestinians actualize their rights. The responsibility of the army is to keep things quiet (for the settlers) and ensure public orer. When I asked whether the settler flock in a privately owned and fenced in olive grove was a provocation violating public order, he said that wasn’t his responsibility.

Not one mainstream journalist found this newsworthy, even though we can demonstrate that this is a pattern. While I wish I could say that this video reflects only a lone bad officer and an isolated case of trespassing, Torat Tzedek  has hundreds of documented cases where the army and police didn’t respond to our real time reports of settler trespassing, agricultural theft and violence in Dir Jarir and Taibe alone.

Even more than usual, our mainstream press is in the throes of herd mentality that has dangerous implications for our security, let alone our ability to make moral decisions.   There is currently a feeding frenzy. Or airwaves are filled with reports about the security situation, Palestinian violence, Palestinian textbooks, the desecration of Joseph’s tomb, etc. Although I often give our mainstream press credit for presenting a wide range of views, just about everybody is currently jumping on the bandwagon, with report after report of Palestinian wrongdoing. As I wrote to many of the journalists who weren’t interested in the video, Israelis are right to be worried about the security situation. The new findings about textbook content are alarming, and the desecration of the tomb is to be condemned. Of course the press must cover these stories and report these facts.  However, when that is almost all that is currently a part of public discourse the full picture isn’t presented, the public will have a distorted sense of reality and of Palestinians.

There must not be a filtering of which facts are reported to support any particular world view.  I understand that, like anybody who is intimately involved on a daily basis with the on the ground reality regarding a particular issue, I will always be dissatisfied with the gap between the reality I experience and what is reported in the press. I must always remain aware that I am not omniscient, and am also am not aware of all of the facts.  Nevertheless, when the press doesn’t exercise even that one bit of freedom to choose that we all have, and reports only on what is trending, the public, and perhaps our leaders responsible for determining policy, are not playing with a full deck. They do not have the freedom to look at a wide range of information and facts in order to make informed choices about how to process the facts and form opinions.

In my dvar Torah on this blog for Parashat Shemini, I quoted (again) from Pirkei Avot and Rashi:

REMEMBER WHAT [AMALEK] DID UNTO YOU (Deuteronomy 25:17) Rashi: If you use false weights and measures then you must beware that you are inviting the enemy, as it states (Proverbs 11:1): “A false balance is an abomination to Adonai etc.”, and there is written immediately after this (v. 2): “If intentional sin comes, shame comes.”(Midrash Tanchuma, Ki Teitzei 8) While in the Torah, “eifah v’eifah” refers only to false weights and measures, our sages expanded it to include treating people in a discriminatory manner.

The fact that there is a coordinated attempt to dispossess Palestinians from their lands often backed by the Israeli security forces does not justify murder.  However, I continued,  “Now the hard part. As easy as it is to claim that talking about how the sword comes to the world is equivalent to excusing the sword, the truth must be told. I am also outraged by the many pundits either intentionally distorting or blindly misunderstanding what it takes to banish the sword from the world. Our Talmudic sages didn’t condone the sword, and Rashi didn’t endorse Amalek. However, they understood reality. So must we. Injustice and discrimination bring the sword into the world, and open the door to Amalek. “

If I didn’t have additional insights into the daily Palestinian reality, and was only exposed to what is currently dominating public discourse, I might also form the opinion that we are facing an implacable enemy that should be responded to ONLY with force and the restoration of “governance.”  While I am not a pacifist advocating throwing away our swords, using only force doesn’t only lead to immoral policy. It is a failed policy that has never brought us security.  Perhaps, if the gatekeepers to what enters public discourse would exercise their freedom, and we would be open to the wisdom of our sages, we might support more just policies that ultimately might spare us the sword.

So, on this Passover I am thinking about the freedom to think independently and complexly. I just took a break from completing this post to have a long conversation with a young settler who respectfully asked me questions about what I believe, and then asked whether I would be willing to reexamine my beliefs if he brought be a book of Jewish sources backing his world view.  I answered that I believe I am already familiar with the sources backing his world view, but I hoped that I still have the ability to revise my beliefs based on new information.  While I am not sure that I am entirely convinced that subjecting ourselves to God’s Will is freedom, I believe that there are values more important than freedom. I certainly agree that we must find the way not to be enslaved by our fears or by herd mentality. Bob Dylan famously sang “You’re gonna have to serve somebody.” Let’s at least use our freedom to make the right choices about who and what to serve. Let us choose to work for a world that leaves nobody behind on the path towards Sinai.