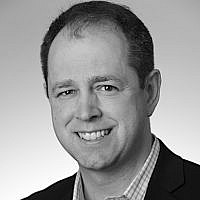 The Blogs
Daniel Elbaum
Apply for a Blog
Please note that the posts on The Blogs are contributed by third parties. The opinions, facts and any media content in them are presented solely by the authors, and neither The Times of Israel nor its partners assume any responsibility for them. Please contact us in case of abuse. In case of abuse,
Report this post.

Bernie Sanders recently joined all 99 of his Senate colleagues in signing a letter decrying the UN’s treatment of Israel. When asked on Al Jazeera why, in light of his past criticisms of Israel, he had done so, Sanders stated forcefully:

“To see Israel attacked over and over again for human rights violations which may be true, when you have countries like Saudi Arabia or Syria…Saudi Arabia — I’m not quite sure if a woman can even drive a car today.”

Given Israel’s overall low standing among political progressives, Senator Sanders’ signature on that letter and his refusal to single out Israel for blame stand out. A recent Pew Research Center study found that when self-identifying liberal Democrats are asked whether they are more sympathetic to Israelis or Palestinians, 40 percent chose the Palestinians and 33% the Israelis. That is in striking contrast to the data for the general American public: 51% side with the Israelis and 19 percent with the Palestinians. (Among Republicans, Israel enjoys the support of 75%.)

To be sure, Israel continues to enjoy widespread support among Democratic office holders, but the rank-and-file have very different ideas about the Israeli-Palestinian conflict.

The progressive hostility toward Israel is clearly evident on college campuses. Boycott votes and demonstrations against Israeli speakers and events tend to occur in places like Berkeley and Madison, not Brigham Young or the Citadel. Traditional progressives have been joining ranks with those who oppose Israel.  At anti-Trump rallies across America, it has become common to see signs reading “From Palestine to Mexico, all the walls have got to go.”

Intersectionality is the word used to denote the tactic that links all progressive causes together, and it is used by those who prioritize the Israeli-Palestinian issue to oversimplify the conflict: those who oppose racism or sexism must also oppose Israel.  The perverted logic is epitomized by Palestinian-American activist Linda Sarsour, who said that it is impossible to be both a Zionist and a feminist because Palestinian women suffer under Israeli occupation.

Faced with this vitriol from the left, pro-Israel advocates should not throw up their arms and concede this ground.  Bipartisan support for the State of Israel from the left and the right, a central accomplishment of American Jewry since 1948, must be protected and preserved.

In making Israel’s case to progressives, there are two things that pro-Israel activists should keep in mind.

This is not to say that pro-Israel Jews should not join progressive causes. First and foremost, we are deeply committed to making America a better place. But at the same time we need to be proudly Jewish and proudly pro-Israel. Involvement with progressive issues allows us to build relationships and establish trust. It is easier to talk to friends about tough issues than it is to talk to strangers or adversaries. Yet if we don’t seek to educate those constituencies about Israel and ask for their support, we cannot expect it to come on its own.

Second, we must not seek to suppress speech or cut off debate.  Linda Sarsour holds deplorable and misguided views about Israel and Zionism. It is unfortunate that the City University of New York’s School of Health asked her to speak at graduation. Yet protesting the invitation and trying to get it rescinded sends the message that we are afraid of debate. Israel’s cause should prevail not because we silenced other voices.  Israel’s cause should persuade progressives because the cause is righteous and should appeal to anyone who values freedom and democracy.

In the end, that is our strongest argument.  No nation is perfect. But there is no greater success story for progressive values than the establishment of a liberal democratic nation for a people that had been stateless for 2,000 years. Understanding Israel means not only learning about the conflict with the Palestinians and their very real suffering, but also learning about a robust democracy where the rights of all citizens are protected.

This is a country where an Arab sitting on the Supreme Court has passed judgment on a Jewish president.  This is a nation where women fly F16 fighter jets when women in nations next door are forbidden to drive. This is a place where a free press is respected and people openly criticize the government with no fear of reprisal.

In short, there is strong a case to be made to progressives.  We just need to do it.