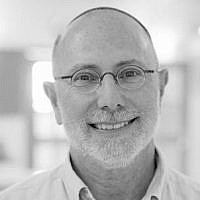 The Blogs
David I. Bernstein
Apply for a Blog
Please note that the posts on The Blogs are contributed by third parties. The opinions, facts and any media content in them are presented solely by the authors, and neither The Times of Israel nor its partners assume any responsibility for them. Please contact us in case of abuse. In case of abuse,
Report this post. 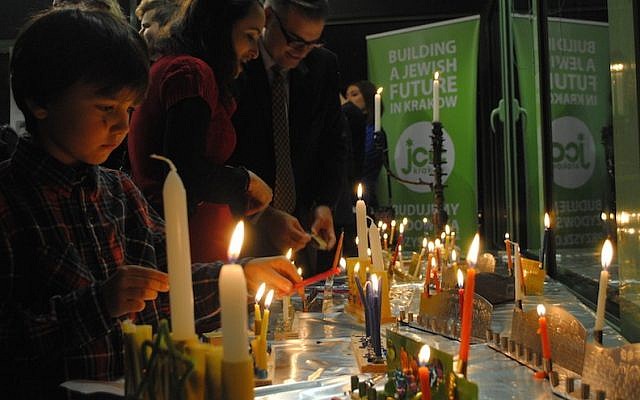 There is a place where an election in the last few years brought a populist, right-wing, more nationalist party to power, much to the chagrin of the more liberal urban intellectual elite. It came to power largely on the basis of rural voters, and was largely opposed by those living in the big cities. This new government, while perhaps not anti-Semitic itself, seems to have given license to even more extreme white Christian supremacist groups to become brazen and more vocal, while eliciting only tepid​ condemnation from the ruling party.

Of course, I could be talking about the United States, Hungary, or some other countries. Elements of the above pattern​ can also be seen in the Brexit vote in the U.K, as well as ​in Israel.

But I am referring to Poland, where the centrist governments of the post-Communist era were replaced by the Law and Justice party.

The Polish governments that preceded the current one often took bold steps to try to change their narrative of the events of World War that took place on its soil. The previous narrative downplayed the Jewish tragedy, universalizing the victims of “Hitlerite fascism.” This not only corresponded to the centuries-long history of Polish victimhood, as well as the Communist take on the Shoah, but it also reflected part of the reality of the murder of the​ir​ 6 million; that is, the 6 million Polish citizens murdered by the Nazis: 3 million Polish Catholics, and 3 million Polish Jews.

However, post-Communist governments in Poland and Polish academics​ began to see the Shoah as something particularly Jewish. The Polish state museum of Auschwitz and Yad Vashem began to cooperate in rewriting this piece of history. Without minimizing their own suffering, Poles began a process of re-education that included the Jewish tragedy.

This coincided with the refurbishment of synagogues, and support for the small Jewish community in Poland. An example is the annual Jewish festival in Krakow, now more than 25 years old, which attracts about 25,000 people to its closing event (more than the total Jewish population of Poland) and is broadcast live on Polish national TV. I have been there, and it is quite a remarkable event. It is not made for tourists. The MC speaks in Polish, Chief Rabbi Michael Schudrich chants Havdalah, and klezmer and Israeli musicians — not welcome in many parts of Europe — play music to an audience in which I could not find a ​single Jewish face.

Similarly, the new Museum of the History of Polish Jews in Warsaw (which won the award for best museum in Europe in 201​6) was a joint government-private initiative that cost more than $100 million. (Most of the private money did not come from Jews.) Prominent Jewish historians of Polish Jewry were brought in to help insure that the narrative would be inclusive of the Jewish understanding of Polish-Jewish relations through the centuries.

As Poland became part of NATO and the European Union, it began to adopt a more Western view of the Shoah, again without minimizing their own losses. Relations between Poland and Israel became quite strong, and tourism between the two countries has grown — and not only through March of the Living and Jewish heritage trips to Poland. There are now direct LOT Polish airline flights from numerous cities in Poland, cities such as Wroclaw that are not on the Jewish tourism agenda. Those flights are mostly filled with Polish tourists to Israel. Even when I fly to Warsaw – usually three or four times a year – whether on El Al or LOT, the planes are filled not only with Jewish pilgrims going to Poland, but Polish tourists and pilgrims returning to Poland after their visit to Israel.

In many Polish cities and towns, younger Poles began to research their own local history, and in particular the local Jewish history. In many of these places, Jews formed a majority of the local population, yet there was often no monument either​ to their existence or their demise. Often, the only reminder of that past w​as the shell of a destroyed synagogue or a ruined cemetery. Now, Polish schoolteachers and others began to create memorial plaques and sometimes cleaned up the devastated Jewish cemeteries.

The great crisis in national narrative and memory took place at the beginning of this century with the publication of Prof. Jan Gross’ book Neighbors and a TV documentary about the small Polish town of Jedwabne. There, according to these reports, the Jews of the town were brutally murdered by their Polish neighbors, with little or no participation by the Germans. A great debate emerged in Poland in the ensuing years. The urban intellectual elites were generally more willing to recognize this terrible story as truth, and further research, mostly by Polish academics, has shown that there were dozens of communities like Jedwabne. The Polish government at the time changed the monument in the town (from “murdered by the Germans” to simply “murdered”) and the then-president even apologized to the Jewish people for what happened there. But the townspeople, including the local parish priest, denied this new telling of the events.

Certainly many other Poles considered Prof. Gross a traitor. Anti-Semitism continues to exist in Poland, particularly in the countryside, where signs promoting “Radio Maria” (a Catholic religious-nationalist radio station that many see as anti-Semitic) abound.

I have been to Poland many times as an historian with Jewish groups who want to learn more not only about the Shoah but also about the 900 years of Jewish history that preceded it. For much of that time, Polish Jewry was the largest and arguably the most important Jewish community in the world. Counting student and adult groups, I’ve probably been to Poland about 60 times over the last 25 or so years. As each trip is usually about a week, it means I have spent a total of about a year in Poland.

Let me share with you some of the personalities I have run into:

Ewa Marie Wroczynska is today an older woman, born in the shtetl of Tykocin (Tiktin in Jewish parlance) in northeastern Poland. When she took over the local history museum (located in a baroque-style Shul built in 1642), she decided to restore it and to memorialize the half of the town murdered by the Nazis. She spared no effort, and even traveled to learn Hebrew so that she could supervise the restoration of the beautiful Hebrew calligraphed liturgy on the walls of the synagogue. I have invited her to speak to some of my groups. She came once to address a group of young American Jewish students studying in Israel for the year. She spoke no English, and I speak almost no Polish. However, she speaks a fluent Hebrew. So this Polish Catholic woman spoke in her flawless Hebrew, and ironically I had to translate it for the young American Jews into English, a language they could all understand.

Adam Bartosz is in charge of the ethnographic museum in the city of Tarnow. In 1939, there were 50,000 people in the city; half of them were Jewish. He too has spent the last decades putting up memorial plaques, restoring local Jewish cemeteries, and organizing Jewish festivals and educational projects for the local populace. His love and concern for the Jewish people and its past is contagious: his daughter has converted to Judaism. He is not alone; many Polish towns and cities have their Adam Bartosz.

Rabbi Avi Baumol works at the Krakow JCC for the last few years. An American by birth, an oleh to Israel, he divides his time between his home in Gush Etzion and Krakow. He is an extremely dedicated educator, and works with many Poles who have recently ​discovered their Jewish roots. Some found out as teenagers, others later in life. Rabbi Baumol insists on wearing his kipa everywhere he goes, as he knows it will attract the interest of people who might be searching for their Jewish roots. He tells my group that he has never — not once — encountered an anti-Semitic remark or threat. (In my many trips to Poland, traveling with very clearly identifiable Jewish groups, I can recall three such incidents, usually by drunk people.)

At the Jagiellonian University in Krakow, the Jewish Studies department has grown over the last couple of decades and now has its own beautiful building in the formerly Jewish neighborhood of Kazimierz. I sometimes bring groups there to meet them. They are almost all not Jewish, but learning Yiddish, Hebrew, and Jewish history and literature. (Unlike many university students in Europe and North America, they love Israel.) These are not the kind of subjects that get you a well-paying job. There is an element of “cool” in being Jewish, or studying things Jewish in post-Communist Poland.

Like most places in the world today, Poland is a mass of contradictions. The government of Poland represents Poles today as much as President Trump represents all Americans, or Prime Minister Netanyahu represents all Israelis.

The law that the current Polish President is signing is an attempt to whitewash history. It is an attempt to show only the side of the heroic Polish rescuers, and to downplay the brutal ​anti-Semitism from immediately before, during, and in the aftermath of World War II in that country. It will not work. Historians (including Polish academics) will continue to research and write the truth, with all of its complexity. That will include both Polish and Jewish suffering under the Germans, and the differences between them. It will include the efforts of the Polish government in exile and Zegota, a committee established ​in late 1942 to help Jews under the Nazis in Poland, an effort seen by many as too little,​ too late. It will include Jedwabne and the dozens of Polish communities where neighbors, not Nazis, murdered the Jews; as well as the fact that the overwhelming majority of Polish Jews were indeed killed by the Germans. It will also include the many stories of Polish informants who doomed Jews to their fate at the hands of the Nazis, and the many, many Poles who benefitted by seizing the property of the deported Jews.

And it ​will include the remarkable stories of heroism where Polish Catholics risked their lives and the lives of their families to save Jews. Not enough of them? That’s what I used to think. But wondering if I would risk my life, and the lives of my wife and children to help someone else leads me to believe that it was not an ordinary act.​. It took enormous courage, beyond what could be expected from most decent human beings​. This group of Poles was truly the “righteous,” as Yad Vashem calls them.

Sounds complicated? Welcome to life, and to a truer understanding of history.

About the Author
Dr. David I. Bernstein is the Dean of the Pardes Institute for Jewish Studies in Jerusalem. He is also the Educational Consultant for Heritage Seminars.
Related Topics
Related Posts
Comments
Advertisement