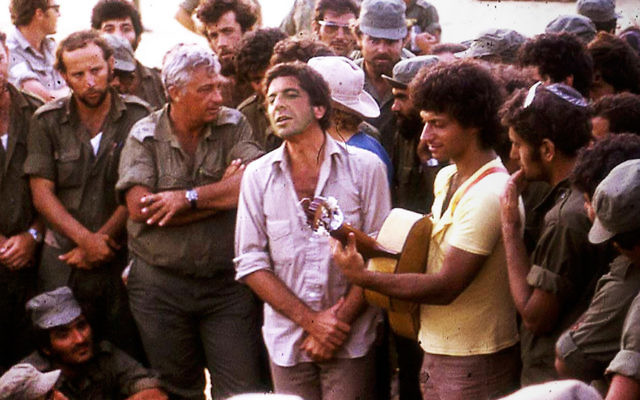 Leonard Cohen is all over the news.  A new documentary, ‘Hallelujah: Leonard Cohen, a Journey, a Song’ was just released.  The film investigates the star’s life and his creative process, as well as examining its effect on the music industry and those who have covered it.  This year Matti Friedman is releasing a book,“Who by Fire,” on Cohen’s Yom Kippur War volunteering in Israel as an entertainer for IDF troops.  Leonard Cohen entered eternity, at the age of 82, almost six years ago.  He was admired around the world but revered in Israel.  What was the reason for this admiration of the soft-spoken poet/song-writer by the citizens and leaders of Israel, an adulation that crossed political and ideological lines? It was because Leonard Cohen acted like the Jew he was.

He proudly wore his Judaism on his sleeve. When he was interviewed by a CBC reporter in the early 1960s and asked if he ever thought of changing his name, because, “Leonard Cohen sounds so…common (read: Jewish).” He responded, “Yes, I am thinking of changing my name to September.” “Leonard September?” she asks. “No,” he replied, “September Cohen.” Similarly one of the biggest tenants of Judaism is that actions speak louder than words. Our Rabbis teach us, “Say little, do much” (Mishna: Avot). Ones true nature comes out in times of crisis.

I often ask my Birthright participants what would they do if they were safely ensconced on their university campus in North America and they heard that the Jewish state was under attack? Would they drop everything and come? That is the real Zionist litmus test. Leonard Cohen’s “moment of truth” came in one of Israel’s darkest moments during the surprise attack launched against Israel by Egypt and Syria in 1973 known as the Yom Kippur War. Whilst the Jewish world in the Diaspora was shocked and deeply concerned most stayed put, a few, including Leonard Cohen, dropped everything and came. 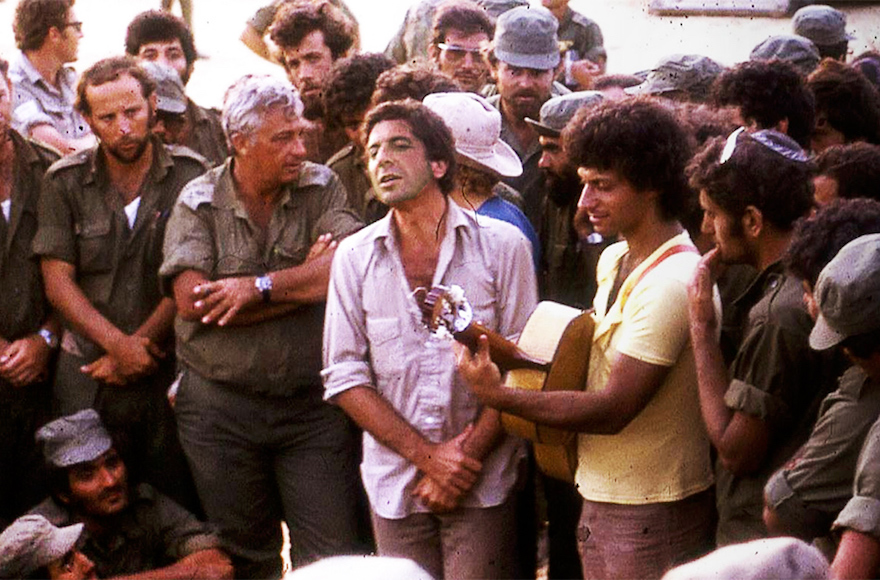 Luckily, a well-known Israeli singer spotted Cohen, who had hoped to volunteer on a kibbutz to replace those who had been called up, and drafted him to entertain the troops in the Sinai. He stayed after the conclusion of the War and toured hospital wards and comforted the wounded. This was his defining moment as a Jew and a Zionist and he will never be forgotten. Many could have come, but only a few did.

Cohen’s work is infused with Jewish scripture. He used the Bible and scriptures because all the most important and beautiful things have already been said, so that the best that he could do is repeat them, which he did with his own unique nuances. The song “Who By Fire?” is based on the words of the Hebrew prayer, “U’netanneh Tokef” recited on the Jewish High Holy Days. It was natural, he once said, for him to draw on the “biblical landscape” for much of his work, including such classic songs as “Hallelujah,” “Who By Fire,” and “If It Be Your Will.”

He wrapped up his final concert in Israel in front of a packed crowd of 50,000 with the Priestly Blessing in Hebrew. This is the only blessing where the priest is commanded to bless his people “with love.” This is very applicable for Leonard Cohen, a lover of his people, his land and of peace.