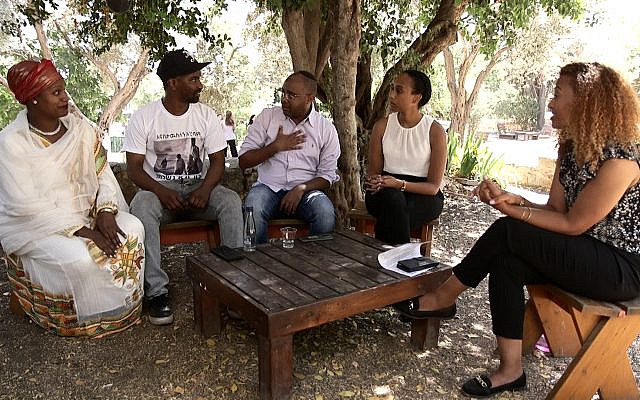 In what follows, I apply to Devarim, this week’s parasha, some insights I’ve learned from my role as a co-organizer of From Ethiopia to Yerusalem: We Came Bearing Gifts, an international conference jointly run by Hebrew University and Tel Aviv University, generously sponsored by the Morris and Rosalind Goodman Foundation, and forthcoming on zoom on Sunday 25 and Monday 26 July. Free and open to all. Click here for the full program and to register. If you don’t have time or patience to read about the parasha, scroll down for conference highlights and some great photos to whet your appetite. 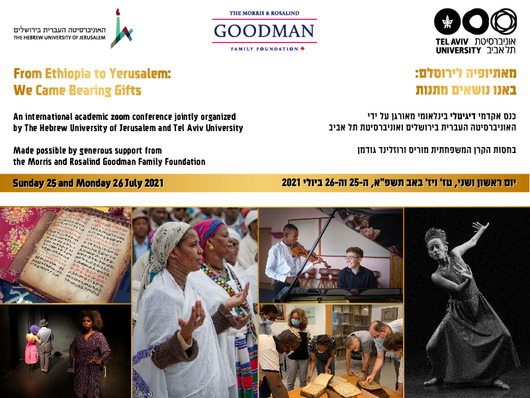 As the Israelites were leaving Egypt, God explains why he’s planning to take them the long way round, by way of the wilderness, instead of the direct route via the land of the Philistines. He feared that they’d have a change of heart and want to return to Egypt when they encountered war (Exodus 13:17-18).

God was, of course, right to be concerned. When, much later, the Israelites hear negative reports from the spies, indicating that the land of Canaan is populated by giants, they weep and wail. Just as God had predicted, they urge each other to return to the land of Egypt (Numbers 13:31-14:4).

Yet, as Moses makes abundantly clear in a speech to the tribes of Reuben and Gad and the half-tribe of Manasseh, reported in this week’s parasha, the Israelites will ultimately gain the land by conquest: ‘At that time I charged you, saying, “The Lord your God has given you this country to possess. You must go as shock-troops, warriors all, at the head of your Israelite kinsmen”’ (Deuteronomy 3:18). Sure, they’ll have help. ‘Do not fear’, Moses reassures the Israelites, ‘It is the Lord your God who will battle them for you’ (Deuteronomy 3:22). But they will have to fight.

What changed? Why was God so confident that the fearful Israelites who preferred slavery in Egypt to military action would ultimately be willing to wage war on the existing inhabitants of the Promised Land?

An obvious answer to that question is that – Joshua and Caleb aside – the Israelites who will conquer Canaan are not the ones who left Egypt. They are a new generation who differ from their forebears in at least two significant ways. The first, which is often discussed, is that they did not have a slave mentality. They had not known slavery in Egypt, and, by definition, could not long to return to it.

A second way in which the Israelites who enter the Promised Land differ from the generation who left Egypt is much less discussed. They had spent their entire childhoods, formative years of their lives, on a treacherous journey.

During that journey, they would have lost family members to war, disease, and other acts of God. They would have endured extraordinary hardships – the ones we hear about, such as thirst, and the ones we can easily imagine, such as blinding heat in an unforgiving terrain.

As we know from the account of building the Mishkan (beginning Exodus 25), the Israelites did not travel light. No doubt children were enlisted as helpers as soon as they could carry family possessions and even their younger siblings.

The young people who survived this arduous journey surely acquired many extraordinary qualities along the way, including courage, physical and emotional strength, self-sufficiency, team-spirit, determination, optimism, and resilience.

I’ve read the story of the Exodus countless times, but this is the first time I’ve considered this perspective on the children who made the journey to the Promised Land. Why now?

I’m a member of a team from Tel Aviv University, where I teach in the Bible Department, and Hebrew University who are co-organizing From Ethiopia to Yerusalem: We Came Bearing Gifts, an online international conference about Ethiopian-Israeli culture and community, generously sponsored by the Morris and Rosalind Goodman Family Foundation.

The conference, which is free and open to all and completely bi-lingual (English and Hebrew), marks the 30th year anniversary of Operation Solomon, when, in May 1991, 14,000 men, women and children made the arduous journey from Ethiopia to Yerusalem (the name by which Ethiopian Jews call the whole land of Israel).

Inspired by work on this subject by our outstanding keynote speaker, University of Haifa sociologist Dr. Shelly Engdau, the conference focuses not on the non-Ethiopians in Israel and beyond who made Operation Solomon (and other similar operations) possible, but on the Ethiopians who made the journey. 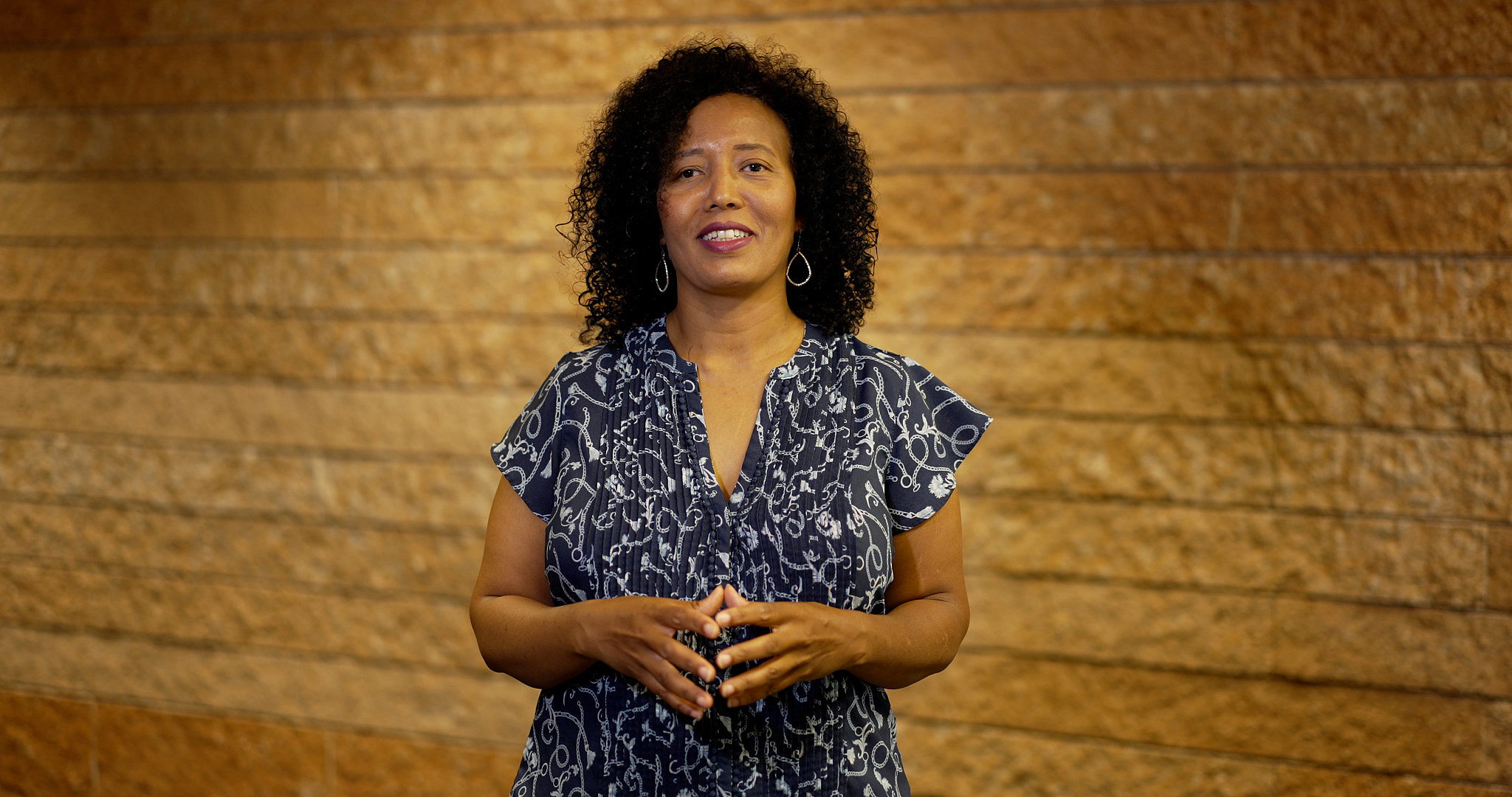 Dr. Shelly Engdau, a still from a film by Amit Dekel.

Again following Dr. Engdau, our theme is the gifts that people who came from Ethiopia brought with them to Israel and went on to contribute to the Jewish people as a whole: their culture and traditions, their sacred texts, and the unique qualities and characteristics that emerged from their unique Jewish experience.

Civil and human rights activist and educator Dr. Shula Mola interviews Lena Nemirovsky and Ronit Berman, co-directors of Hassadna, a Jerusalem music conservatory with a special program for young people of Ethiopian descent that has produced some of the conservatory’s brightest stars. 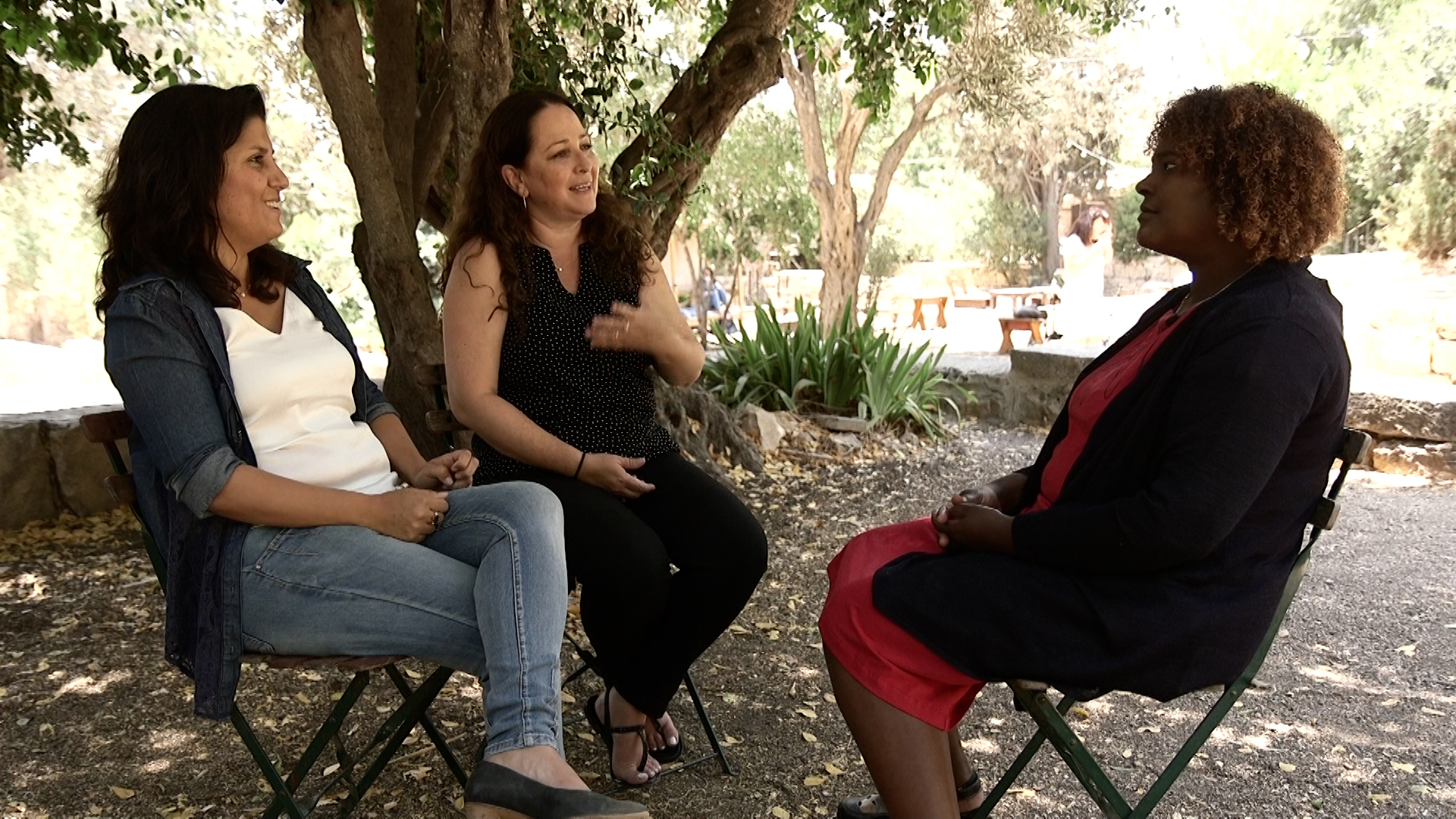 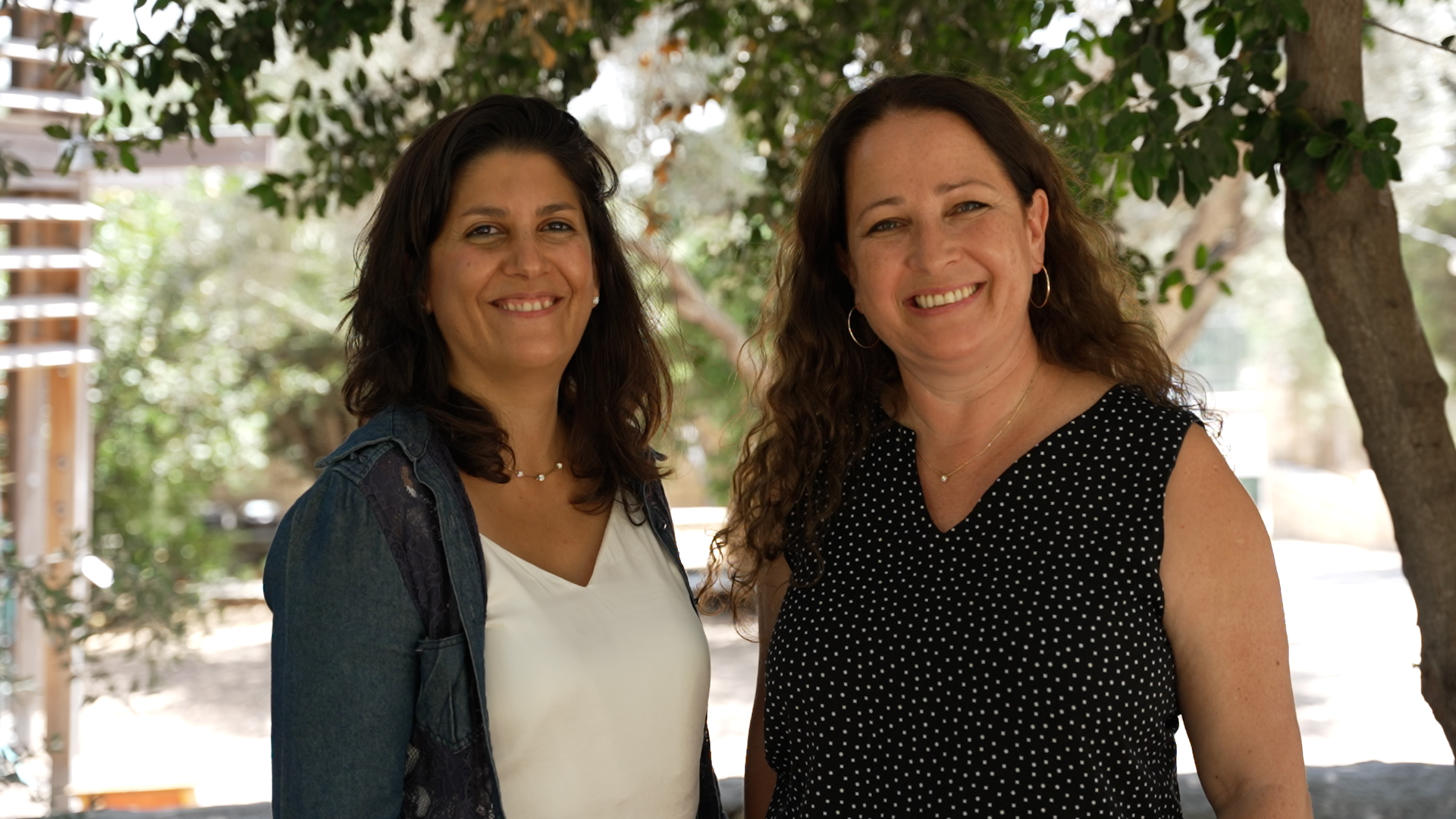 Ronit Berman (left) and Lena Nemirovsky, co-directors of Hassadna Jerusalem Music Conservatory a still from a film by Amit Dekel. 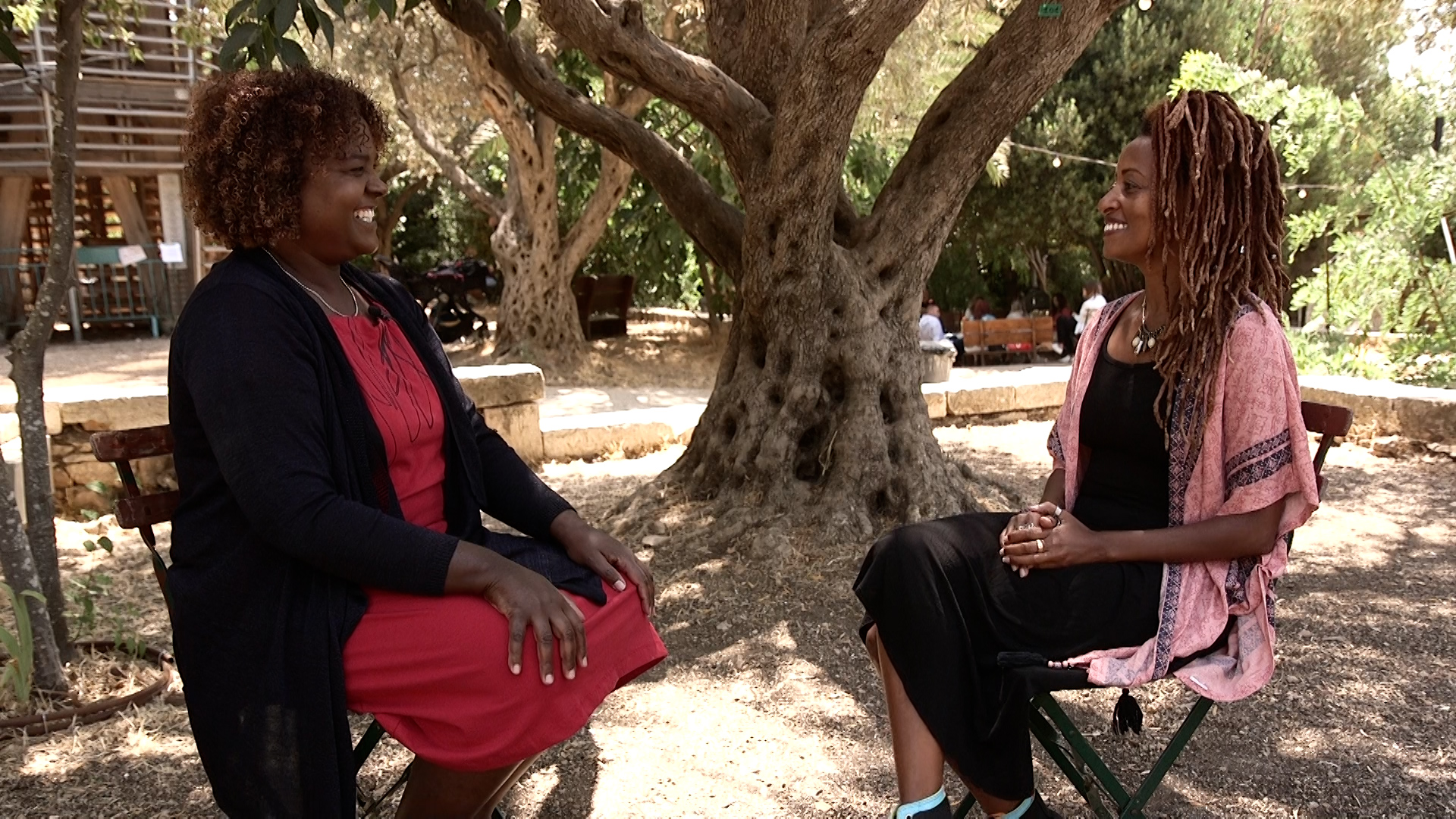 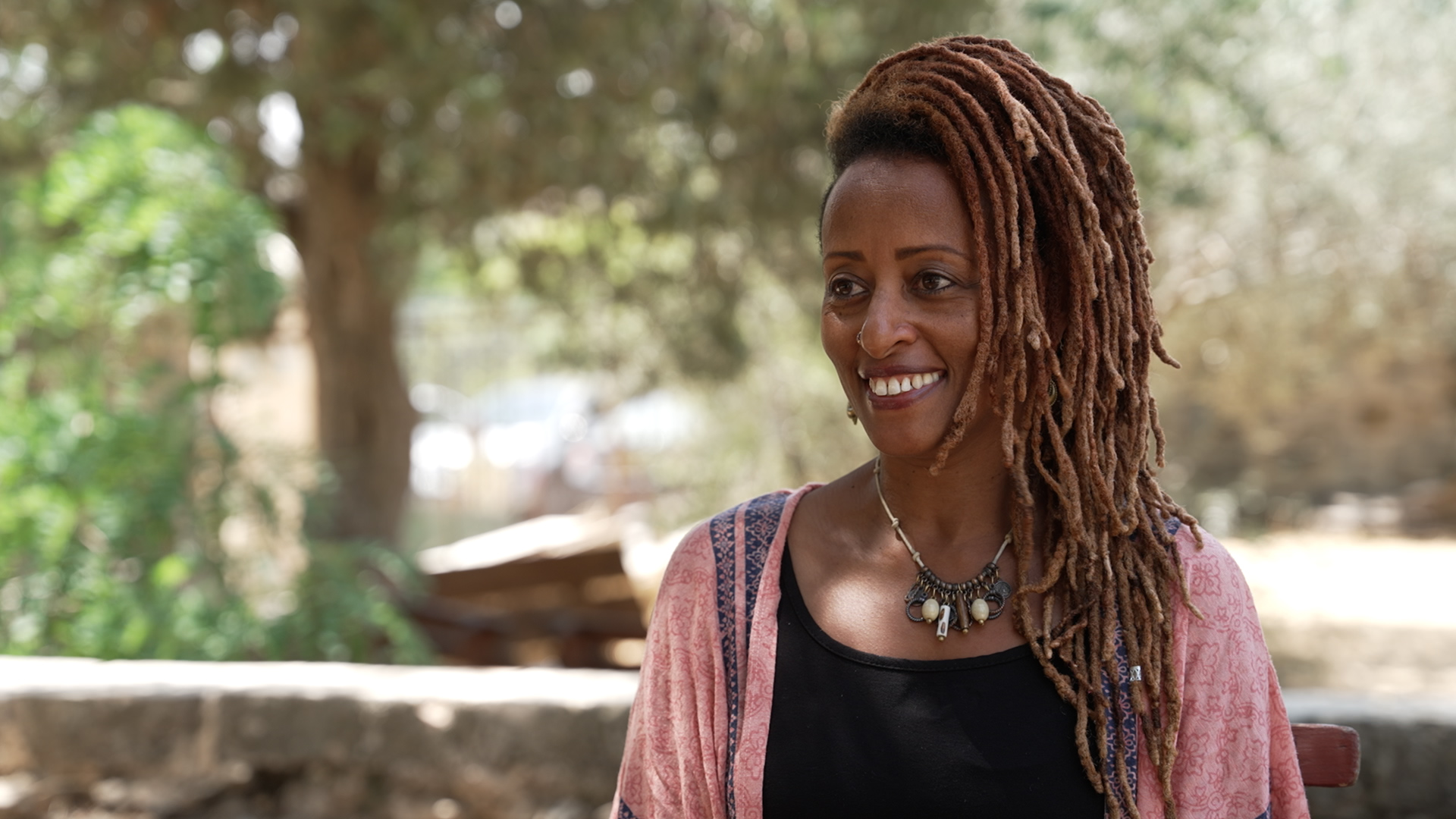 Dege Feder, a still from a film by Amit Dekel.

These achievements are contextualized in powerful discussion – between four of our students, moderated by Adv. Shlomit Bukaya, CEO of the Association of Ethiopian Jews – of the intolerance, low expectations and outright racism that face community members. 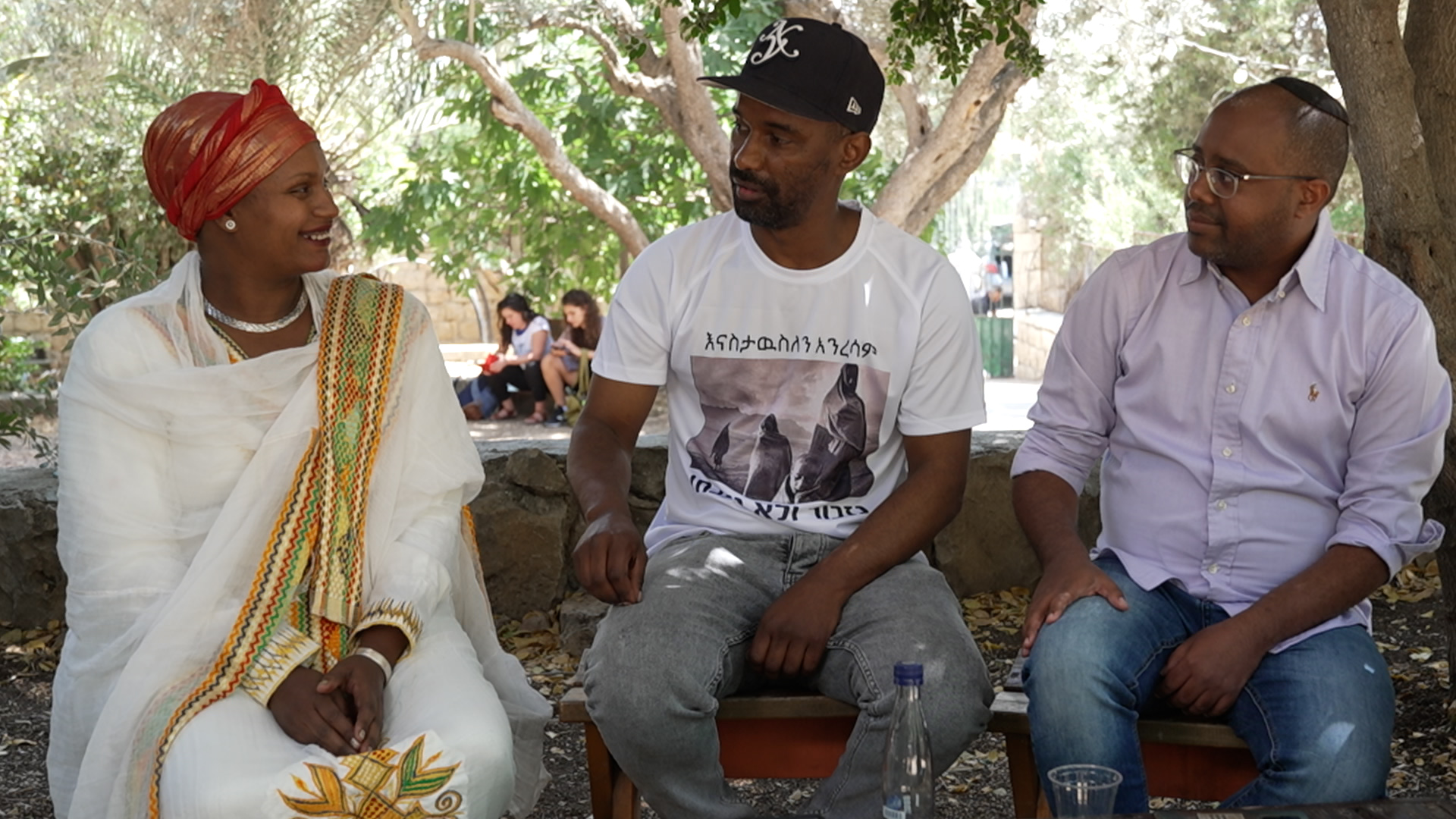 From left, students Teje Asfau Daniel, Yiftachel Reta, and Aharon Pakado, a still from a film by Amit Dekel. 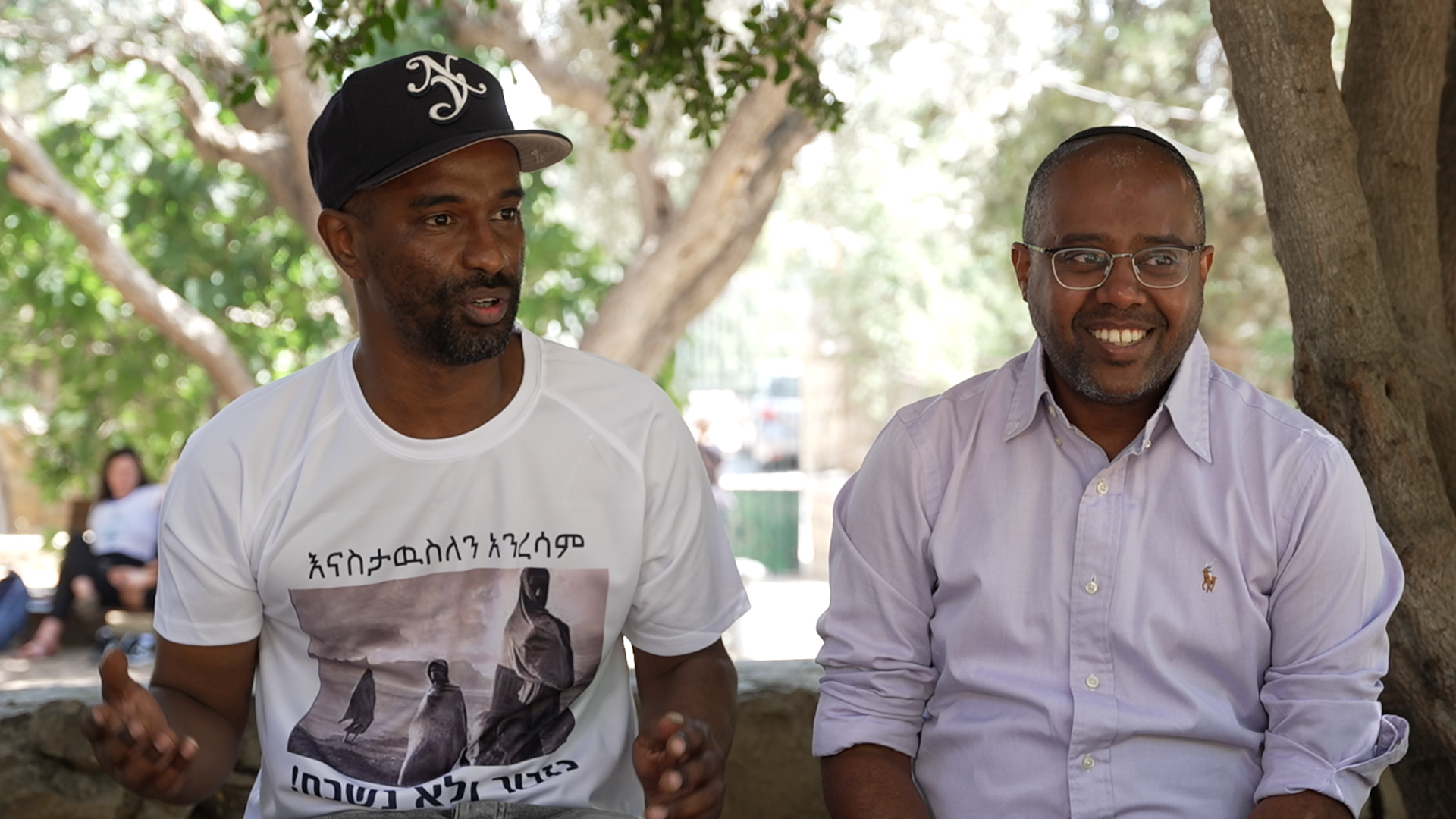 Students Yiftachel Reta (left) and Aharon Pakado, a still from a film by Amit Dekel. 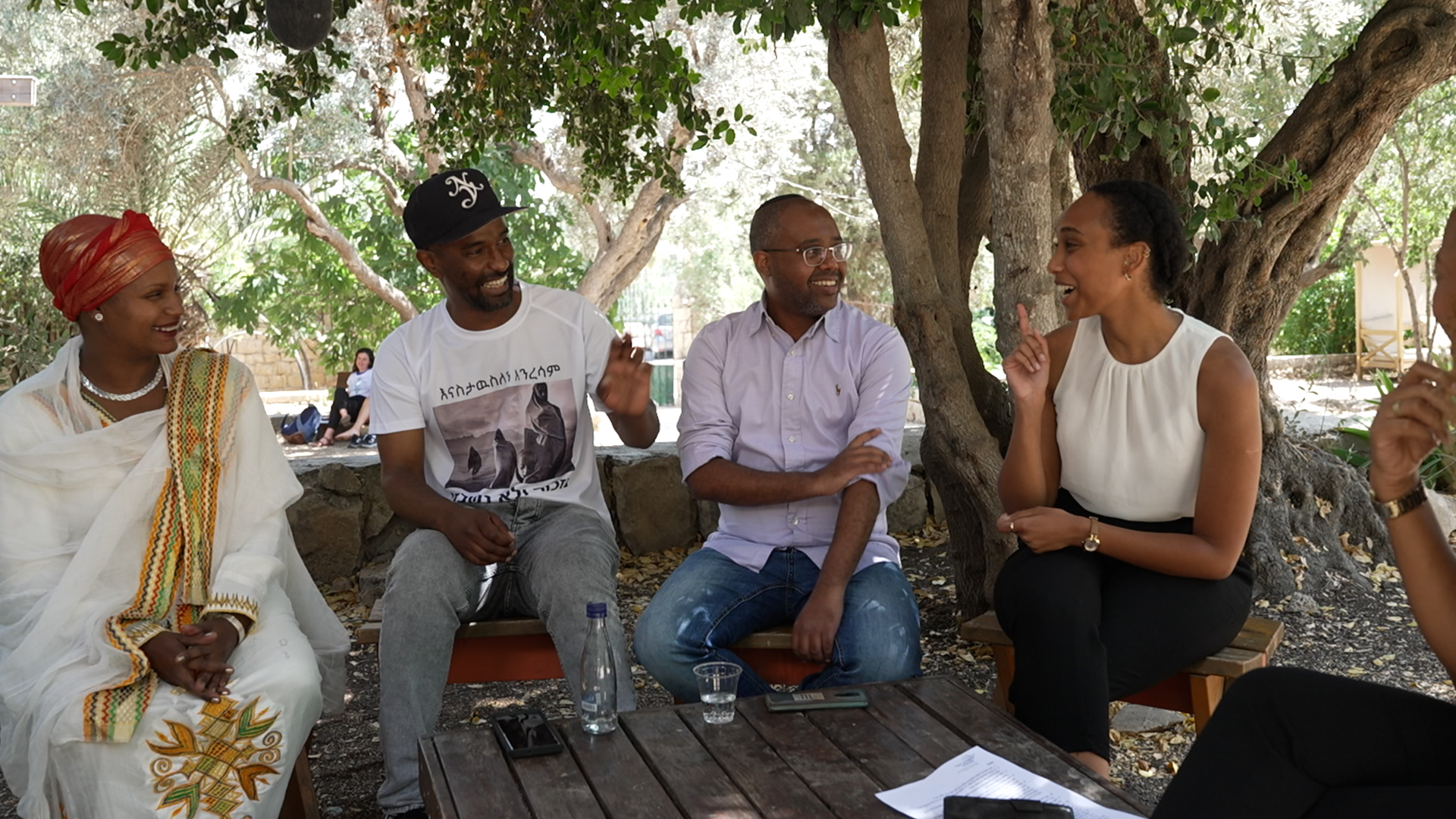 The conference resumes on Monday 26 July at 15.30 Israel Standard Time, 13.30 UK Time, and 09.30 Eastern Standard Time, with a host of fascinating lectures spanning a wide range of subjects, including: Pesach in core Ethiopian Jewish sacred texts; the integration of Beta Israel (Ethiopian Jewish) halakha into the Israeli mainstream; transmitting Beta Israel culture and tradition through the family; and the Israeli media coverage of Beta Israel.

From the beginning, parallels have been drawn between the complex operations that brought Ethiopian Jews from Ethiopia to the Promised Land and the biblical Exodus from Egypt. The relevant point of comparison is usually the agents – the non-Ethiopian military and political personnel, often aided by private individuals, who enabled the Ethiopian Jews to leave Ethiopia, as compared to the eagles’ wings and God’s strong hand and outstretched arm that enabled the Israelites to leave Egypt.

The focus of our conference is not the agents, but the actors – the courageous families who abandoned everything and set out on a life-threatening journey from Ethiopia to the Promised Land. Join us on 25 and 26 July for From Ethiopia to Yerusalem: We Came Bearing Gifts, as we explore this well-known exodus story from what will be for many a radically unfamiliar perspective.

About the Author
Before I moved to Israel in 2011, I was a Fellow of Newnham College, Cambridge (1997-2006), and a Reader in Hebrew Bible and Jewish Studies at King's College London (2007-2011). In Israel, I've taught Bible at Hebrew University's International School and, currently, in the Department of Biblical Studies at Tel Aviv University. I give a weekly parsha shiur at Beit Moses home for the elderly in Jerusalem. I serve on the Boards of Jerusalem Culture Unlimited (JCU) and Hassadna Jerusalem Music Conservatory. I'm the very proud mother of Jacob and Jonah, and I live in Jerusalem with my husband Chaim. My last book was 'From Forbidden Fruit to Milk and Honey: A Commentary on Food in the Torah'; proceeds go to Leket, Israel's national food bank. My next book will be on the Bible and the climate crisis.
Related Topics
Related Posts
Comments
Advertisement