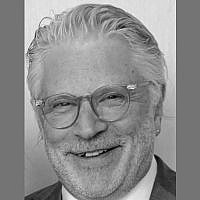 77 years ago, my mother was liberated from Auschwitz-Birkenau. Growing up as a child of survivors, we did not need an International Holocaust Remembrance Day as a reminder of that harrowing chapter of Jewish history.

I have spent years understanding and dealing with the Holocaust and the impact of intergenerational trauma. It is still frightening for me to walk through the Holocaust Memorial or Yad Vashem. As a friend of mine once said, I’m “exquisitely sensitive” when it comes to the Holocaust.

So, it wasn’t surprising that my heart tightened two weeks ago when Jewish congregants were taken hostage at Congregation Beth Israel in Colleyville, Texas. Not surprising that I – like all Americans – was glued to the news, afraid and concerned for the fate of the hostages.

The next day, I received an email message from an organization dedicated to fighting antisemitism. At first, it captured how I felt: “When we learned that the hostages had all escaped with their physical safety, we exhaled, our hearts in our throats.”

But the lines that followed sent shudders down my spine. “Make no mistake: Jewish intergenerational trauma was triggered yet again, and our Jewish American community now confronts the haunting reality that our future is likely to look like our past.”

Images of the Jewish people’s past arose in me: the little boy raising his hands in the Warsaw Ghetto, mass graves in Bergen-Belsen, my mother in Auschwitz.

My shivers turned to anger. How dare they make comparisons to the Holocaust? We live in America. With all the threats to our democracy and increases in hate crimes, including antisemitism, this is a free country in which we are safer than we have ever been.

The authors of the email did not feel that secure. They wrote that the lot of Jewish Americans today is “more akin to the violent present that is driving Jews from Europe.”

Leaving aside whether Jews are being driven out of Europe, we certainly are not being forced out of America, nor are we anticipating that we will be. Indeed, it is an insult to suggest that we are.

I refuse to live in fear or become mired the trauma of the past. I resent those who insist that we should. In the debate about the state of Jews in the United States, I agree with Rabbi Charlie Cytron-Walker: “We can’t live in fear.”

This is not to say that there are no reasons to be afraid. Fear is a natural response to danger. It alerts us so that we can respond.

But fear can also skew our reaction to danger. It can blur our vision. It can blind us to possibilities. And reinforcing that fear can divert our attention from what is happening.

What should we remember when we think back to those 11 hours in Congregation Beth Israel – besides the antisemitism of a mad man, a lone actor who terrorized four members of a synagogue and millions of others who were watching and hoping for their safety?

This is what I remember: the mobilization of law enforcement, the prayers of communities of faith – Christians, Muslims, and Jews – in solidarity with the hostages, the dispatch of an FBI strike force that eventually killed the perpetrator.

Yes, I am reminded of Charlottesville when I think about Colleyville, and I remember the cries that “Jews will not replace us.” And I also remember that a jury held the white nationalist and neo-Nazi organizers of the rally responsible for its deadly violence.

When I watch the Interfaith Celebration of Peace after the Colleyville Synagogue attack, I am reminded of the multi-faith expression and actions of solidarity after the massacre of Jews in Pittsburgh.

When I hear Rabbi Charlie Cytron-Walker speak about the importance of building understanding, I think of the times that education helped walk people back from expressions of bigotry and antisemitism and dialogue helped “change hearts and minds,” in the words of ADL CEO Jonathan Greenblatt.

In the aftermath of the Colleyville attack, a Dallas Jewish leader called on law enforcement to apply “the lessons of the Holocaust” to their work. From my perspective, having learned many lessons from the Holocaust, that is the wrong message.

Colleyville is a reminder that we can go beyond intergenerational trauma. On this International Holocaust Remembrance Day, we must also remember that, as Jewish Americans, we can go beyond our fears and embrace our hope; we can forge alliances and build relationships that make us safer. These are just as important as the security measures we will need when terror strikes again.

About the Author
Jonathan Jacoby, the former executive director of New Israel Fund and president of Israel Policy Forum, directs the Nexus Task Force, which is affiliated with the Center for the Study of Hate at Bard College.
Related Topics
Related Posts
Comments