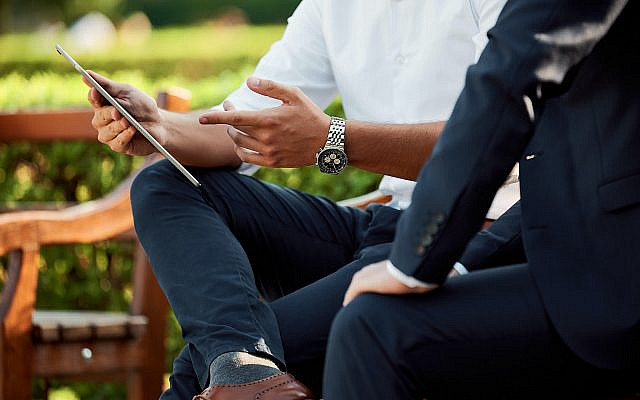 Photo by Medienstürmer on Unsplash

About a month ago, the world lost a great man when Howard Rubenstein, a public relations legend famous for guiding the Jewish community through crisis situations, passed away.

While I never met Howard, I feel like I learned a lot from him. He made friends across the political spectrum and nurtured professional and personal relationships.  He took care of himself, prioritizing health and fitness, which is likely a key reason behind his longevity.  He was always prepared to guide clients through the most challenging times in their lives. And importantly, he cared deeply for the Jewish community, and used his professional skills to help this community whenever he could.

When I founded my firm Red Banyan ten years ago, I set out to create an agency that had unique specialization in two areas: crisis communications, and public relations for Jewish and Israel-related causes. Howard Rubenstein was a leader in both and a mensch worth emulating.

Rubenstein was adamant that the right way to handle a crisis was, first and foremost, by doing the right thing. He has been described by many as a man of great integrity — which, in the field of crisis PR, is sometimes not a common descriptor. When advising his clients, including extremely high-profile celebrities, Rubenstein always cautioned them against lying, encouraging them to respond quickly and truthfully to whatever crisis was at hand.

This is a lesson that I have taken to heart. I firmly believe that lying can only make a crisis worse, and that by doing the right thing, a client can win back the trust and respect that they may have lost. In fact, at Red Banyan, integrity is one of our core values. And it’s even embodied in our unofficial slogan: Press the Truth.

Rubenstein understood that crisis communications are an art, not a science. Every rehabilitation plan looked different, depending on the client’s situation, their comfort level with the media, and their audience’s reaction. While one scandal might call for a public apology tour followed by a temporary withdrawal from public life, another may require a forceful defense and decisive action. By weighing each situation individually, Rubenstein was able to customize his services to suit each client’s needs.

This is critically important. For example, I’ve structured Red Banyan’s crisis operations division to be nimble and dynamic, so we are able to constantly reevaluate each unique situation and shift gears quickly when necessary. And like Rubenstein, we predict how the public will react to various courses of action, weigh our options and recommend the steps that we believe will evoke the best possible response.

How was Rubenstein able to be so successful and navigate so many tricky situations with seeming ease? One word: relationships. Rubenstein was constantly doing favors for his friends, cultivating relationships and treating people with respect. Then, in turn, when he needed a favor, people paid him back in kind. Through his many connections, Rubenstein accomplished great things for his clients and for the Jewish people.

The further I progress in my career, the more significant this becomes, which is a message I share regularly with my team. Relationships truly are everything. It’s though genuine relationships with reporters that you can connect with them and get results for clients. I believe that when you are there for other people, they will be there for you. The cut-throat, aggressive PR person may get things done in the short-term, but the one who is helpful and respectful and operates with integrity — like Howard Rubenstein — will be effective for the long haul.

One of the most memorable Howard Rubenstein moments, which I was reminded of in this obituary, was when he helped orchestrate a demonstration on behalf of Soviet Jewry in August 1972. A tiny island in the middle of New York’s East River was renamed “Soviet Jewry Freedom Island” just in time for Soviets in town for the U.N. General Assembly to spot the banner flying overhead.

The Soviets filed a complaint, and when the authorities were dispatched, they discovered the island had been temporarily deeded to the banner-flying activists. Meanwhile, Rubenstein had rented a boat that he filled with reporters and camera crews, all thoroughly documenting the confrontation. The story filled the front pages.

It is this sort of idea that inspires me. Rubenstein’s out-of-the-box thinking created a firestorm of news in support of a cause that was near and dear to his heart. His dedication to his craft, and to his people, was admirable.  I hope that in some small way I may be able to follow in his footsteps; achieving merely a fraction of what he did would amount to a life to a career well spent and a life well-lived.