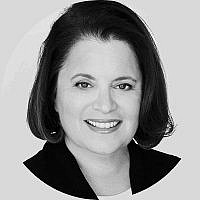 The Blogs
Barbara Bank
Apply for a Blog
Please note that the posts on The Blogs are contributed by third parties. The opinions, facts and any media content in them are presented solely by the authors, and neither The Times of Israel nor its partners assume any responsibility for them. Please contact us in case of abuse. In case of abuse,
Report this post.

“You’d hear ‘dirty Jew’ all the time,” said Joe Black in a 2013 interview. Black recounted how it was far from uncommon to be beaten up simply for being Jewish when growing up in Depression-era Toronto. “You had to learn to be able to take things. It was a tough neighbourhood.”

Black was 7 when he witnessed the Christie Pits riot 85 years ago today. Many readers will be familiar with this defining moment in Toronto’s evolution as a hub of multiculturalism.

At the close of a baseball game between a Christian team (St. Peter’s) and a largely Jewish one (Harbord Playground), some of St. Peter’s fans unrolled a large swastika banner. Refusing to ignore the anti-Semitic provocation, a group of Jewish fans took action.

The Toronto Daily Star reported at the time that “a crowd of more than 10,000 citizens, excited by cries of ‘Heil Hitler’ became suddenly a disorderly mob and surged wildly about the park and surrounding streets.” For the next six hours, local residents – Christian and Jewish alike – joined the brawl. A fight over a swastika turned into one of the largest riots in Toronto’s history.

Much has changed in the decades since, especially for Jewish Canadians.

In 1933, Jews and other minorities faced extensive social and institutional bigotry in Canada. Quotas capped the number of Jews who could enter university programs. Social clubs and some corporations banned Jews. Discriminatory contracts banned the sale of property to Jewish, Black, and Asian buyers, until the Supreme Court ruled such clauses were invalid in 1950. This breakthrough, like similar human rights milestones in Canadian history, was led in large part by Jewish advocates.

But not all has changed. Statistics Canada consistently reports that Jewish Canadians are the most frequently targeted religious minority when it comes to hate crimes. Toronto Police note that Jews were victims of 28% of local hate crimes in 2017, despite being less than 4% of the population.

The Jewish community is resilient, and polling shows most Canadians reject anti-Semitic attitudes. But with hatred of Jews persisting at the margins of society, what can we learn from Christie Pits about the fight against anti-Semitism today?

Perhaps the most important lesson is that we cannot be complacent about the toxic influence of global trends.

The display of the swastika, including by local “swastika clubs” that sought to exclude Jews from Toronto’s Beach, occured months after Hitler’s rise to power. The anti-Semitic theories of the Nazis extended far beyond Germany’s border, reflecting an “intellectual” anti-Semitism legitimized by prominent figures around the world. Combined with popular frustrations borne in the Depression, hatred of Jews was on a dangerous global trajectory. Canada was not immune.

Today, extreme ideologies travel the world at light speed, which is why Jewish Canadians look at current events beyond our borders with concern. Throughout Europe, from Sweden and France to Germany and Poland, Jews are under increasing pressure from rising anti-Semitism.

In the United Kingdom, this has impacted politics at the highest levels. Jeremy Corbyn’s leadership has transformed the British Labour Party into a hotbed of anti-Semitism, prompting outcry from Labour MPs, including Dame Margaret Hodge, who called Corbyn “an anti-Semitic racist” in the House of Commons. The Jewish Labour Movement recently submitted hundreds of cases of anti-Semitism to the party’s leadership. The latest disturbing revelation is that Corbyn joined a ceremony honouring the terrorists behind the massacre of Israeli athletes at the 1972 Munich Olympics.

Despite immense progress in the years since Christie Pits, we must remain vigilant in preventing the global rise of anti-Semitism from impacting Canadian society. Disturbingly, anti-Semites are often not shy about displaying their bigotry in public – we have seen it at hateful rallies like the annual Al Quds Day march. The city of Toronto is right to review its policies with the goal of addressing this issue. While safeguarding freedom of speech, city officials – in exceptional circumstances – must prevent the misuse of city property by those who blatantly promote hate in any form.

The quality of life we enjoy in Canada, as Jews or as members of any other community, should not lead us to be complacent about what’s happening elsewhere in the world. The riot that started at Christie Pits may have ended long ago, but the fight against the world’s oldest hate remains with us today.

About the Author
Barbara Bank is the Toronto Chair of the Centre for Israel and Jewish Affairs (CIJA), the advocacy agent of Jewish Federations of Canada
Related Topics
Related Posts
Comments