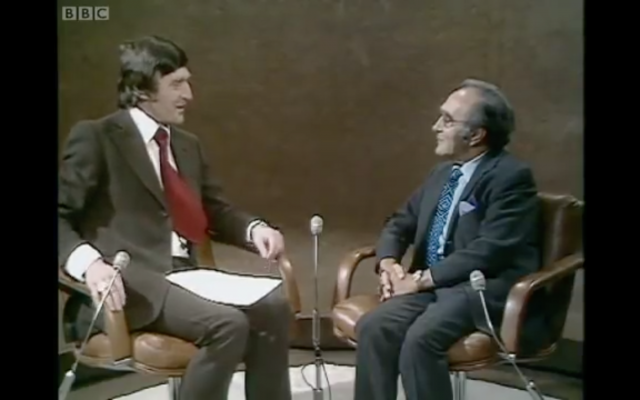 I don’t know how many people caught up with the celebratory programme of Sir Michael Parkinson’s 50 years of celebrity interviews, shown at the weekend on BBC1.

There were the usual suspects – a lot of Billy Connolly (some might say too much), the revelation (to me) that comedian Peter Kay was once Parkinson’s warm-up man, the inevitable controversy as to whether the chat show host, a man of his time, had been sexist and misogynistic. Answers to the last: yes, but he owned up to both sins, and acknowledged that he would not do the same today.

But the most unexpected moment came right at the end of the programme when his son, a TV producer who had worked with Parkinson during his last series, asked what had been his favourite interview.

And Parkinson, with tears in his eyes and a crack in his voice, chose a name probably unknown in Britain today to anyone under 50. He picked the once household name Dr Jacob Bronowski, talking about his broadcast from Auschwitz, and what it had meant to him.

Bronowski, a Polish-Jewish mathematician whose TV masterwork was his 13-part series The Ascent of Man, described how he had “not been keen” to visit Auschwitz, not least because so many of his relatives had died there. And he spoke of how he had decided what to say – and that it had to be something in one take, because he couldn’t repeat his words as though it were an ordinary broadcast.

Parkinson, watching the playback, was visibly affected. And it reminded me, this week of all weeks, of the truism that we Jews repeat to each other, and how it applies elsewhere. We tell ourselves, and the wider world, that antisemitism is not a Jewish problem, but a problem for humanity.

Nobody, watching the scenes from Kabul airport, and reading the terrible stories of people’s near-death experiences, could have failed to be reminded of the death marches endured by Jews in the dying days of the Holocaust.

In just the same way, nobody seeing the newsreels about the Uyghur persecution in China, and the loading on to trains and the placing of thousands in “re-education” centres, could escape the inevitable comparisons with trains and concentration camps.

Is it the same? No, Afghanistan and the Uyghur disaster are not the same as the Shoah. But their echoes and what they have to tell the world are sufficiently similar to make one weep. There is heartbreaking stupidity and acts of genuine selflessness, walking side by side as the world tries to figure out how to respond to these tragedies.

In this week, as we approach the High Holy Days, with their peaks and troughs of celebration and reckoning, we should also think about the controversy surrounding the proposed Holocaust memorial centre in Westminster. There has been genuine and perhaps justified opposition to the centre, regarded by some as a waste of money and a vanity project.

Maybe the Holocaust centre is an opportunity for us all, Jew and non-Jew, to widen its remit. If antisemitism is a problem for humanity, and not just Jews, then surely the centre should also be a place to talk about the Afghans and the Uyghurs and the Syrians?

It’s not just the chagim on the horizon, but also the party conference season. Already the haters are out in force, publishing leaflets suggesting that Labour antisemitism was a fantasy spun by those who wished to depose Corbyn.

In such a climate, we need every friend we can get. So thanks to Sir Michael, then, for reminding us that we have allies in unexpected places. 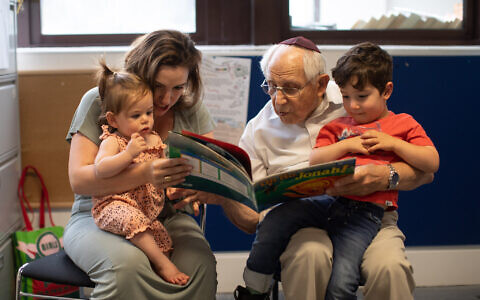 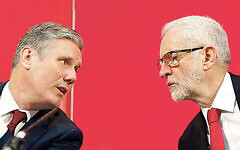