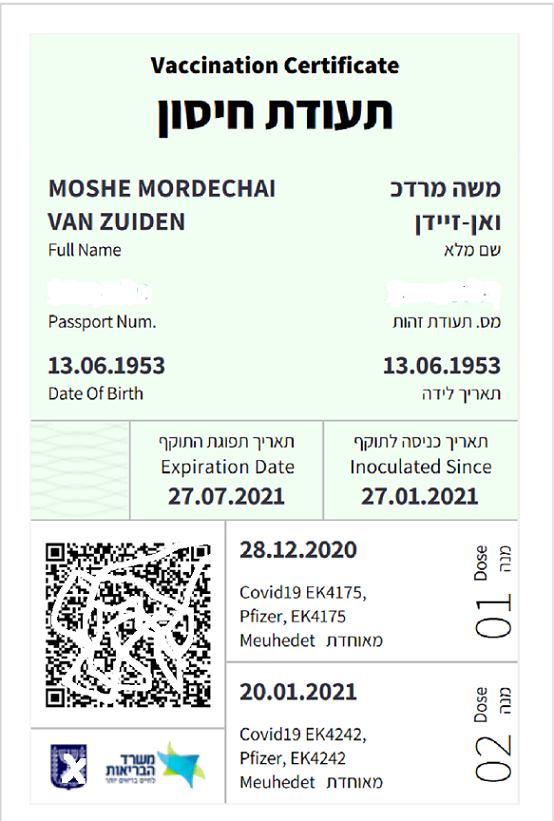 I’m part of this growing army of citizens, now still mostly pensioners, who are doubly vaccinated. We sat at home for 10 long months. Solitary confinement. We have not suffered as much as many younger people because we have the years, wisdom, and calmness to put such things into perspective. After being alive for so many years, with hopefully many more to follow, for one year staying put wasn’t that bad. But now!

It’s time to fly out. We’re immune. Our chance to still get a COVID-19 mildly is about 0.015%. We still will wear face masks and socially distance to encourage others to do so, and to avoid passing the virus from one to others, as long as there still is an active epidemic. But let us go (out) now!

We got our green passports (only the Hebrew version of the site works). But now, it’s only valid for foreign travel. We just want to go out, shop ’till we drop, go to the shuk, spend the money we’ve been saving up for ten months, make the shop owners and market vendors happy, revive! We long to meet friends and family for long (-overdue) hugs (no kissing).

But no, there is a lockdown. But, that should not count for us. We’ve been lock-downed enough. But more than that, we’re finally out of danger.

Strangely so, the current lockdown does not bring down infection rates by far as much as was hoped for. And that is disappointing, sad and scary. But, clearly, it’s not us, the doubly vaccinated contributing to this problem. 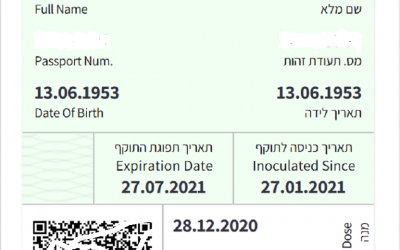 Having a green passport now, feels like getting a lottery ticket for a lotto that is not played. Let us go. Take us seriously. We know what we’re doing and what we want. Let us make everyone wish they were vaccinated too.

When set free, we’ll strengthen your policies and make your life easier. We might even run into some young hooligans to calm them down in ways no police force can. But, more importantly, we can prestart the economy for all, make you look good, and win the elections (no guarantees, though).

We understand that as demissionary government, months before the elections, you’re very busy. But letting us go is by the stroke of a pen.