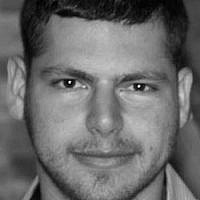 Over the past month, COVID-19 has wrecked havoc throughout every corner of the globe.

Governments, despite ample warning, approached the pandemic like a mediocre college student tasked with an in-class presentation. Put it off, put it off, and then wing it. After ignoring the problem long enough for it to metastasize, governments are firmly in the “wing it” stage, grasping at straws by enforcing radical measures like detention centers, city-wide lockdowns, and mass surveillance.

The stated reasoning behind such rules is to save lives but are there better ways to fight COVID-19 that infringe less on our civil liberties?

Let’s go through the current measures enforced in Israel:

I’d like to propose some viable alternatives that don’t involve Orwellian procedures:

The massive violation of our civil liberties is unnecessary, not because the draconian measures aren’t capable of preventing the spread of coronavirus, but because better methods exist which don’t require the government to be as heavy-handed.

About the Author
Erez Cramer is a Research Fellow at the Jerusalem Institute for Market Studies.
Related Topics
Related Posts
Erez Cramer
Comments