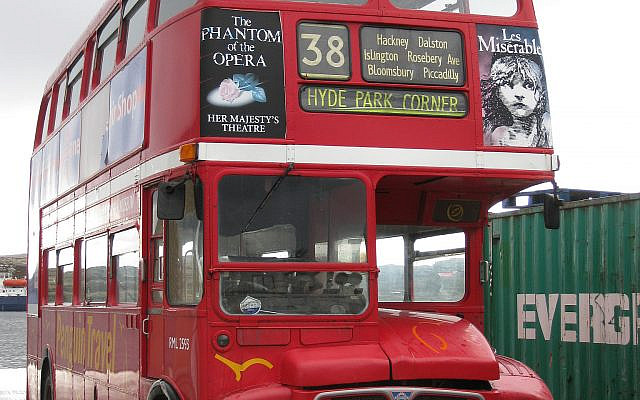 We are living in a digital age; everything is either a 0 or a 1. There are no half measures, no shades of grey. This simple concept has been adopted by Israel’s economic and political leaders. They have divided the world into them and us. To avoid any confusion, we, dear readers, are ‘them’.

In a grim reminder of Queen Marie Antoinette’s “Let them eat cake”, a government decision that buses should travel with open windows and no air conditioning had to be reversed when it was discovered that the windows on a modern bus can not be opened. It would seem that government ministers do not frequent the humble bus and were unaware of the problem. The windows of a government minister’s luxury limousine do open, at the touch of their chauffeur’s button, giving them an excellent opportunity to practise what they preach and turn off their air conditioners; but don’t hold your breath.

In fact, Marie Antoinette was known to be quite tender-hearted and never made the harsh remark attributed to her, whereas our government only backed down under pressure from the public and the bus drivers.

It has been reported that no less a person than Yuli Edelstein, our Health Minister, enjoyed a birthday party for his wife, on the same day that the government announced a number of new restrictions. While, technically, he was not in breach of the just about to start regulations, we do expect a better example from the man responsible for the country’s health.
Perhaps it is time that our leaders understand that it is their duty to do just that – lead. They cannot do whatever they like and be surprised when us lesser folk follow suit.

We are told by all the experts, and there are many willing to give us their advice, that the way to beat this horrendous pandemic is social distancing. This means keeping a reasonable physical distance between people so that the virus cannot jump from one to the other. It does not mean that our leaders should distance themselves from the very people who elected them and whom they are supposed to serve.

And while we are sitting in splendid isolation in our bus, with the windows tightly closed and the air conditioning off, we can cheer ourselves up with the words of Flanders and Swann from another time, another place – A Transport of Delight:

Hold on to your masks, please – ting ting.