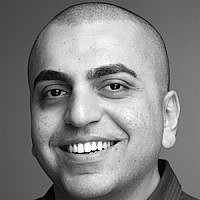 The Blogs
Ahmed Fouad Alkhatib
Apply for a Blog
Please note that the posts on The Blogs are contributed by third parties. The opinions, facts and any media content in them are presented solely by the authors, and neither The Times of Israel nor its partners assume any responsibility for them. Please contact us in case of abuse. In case of abuse,
Report this post. 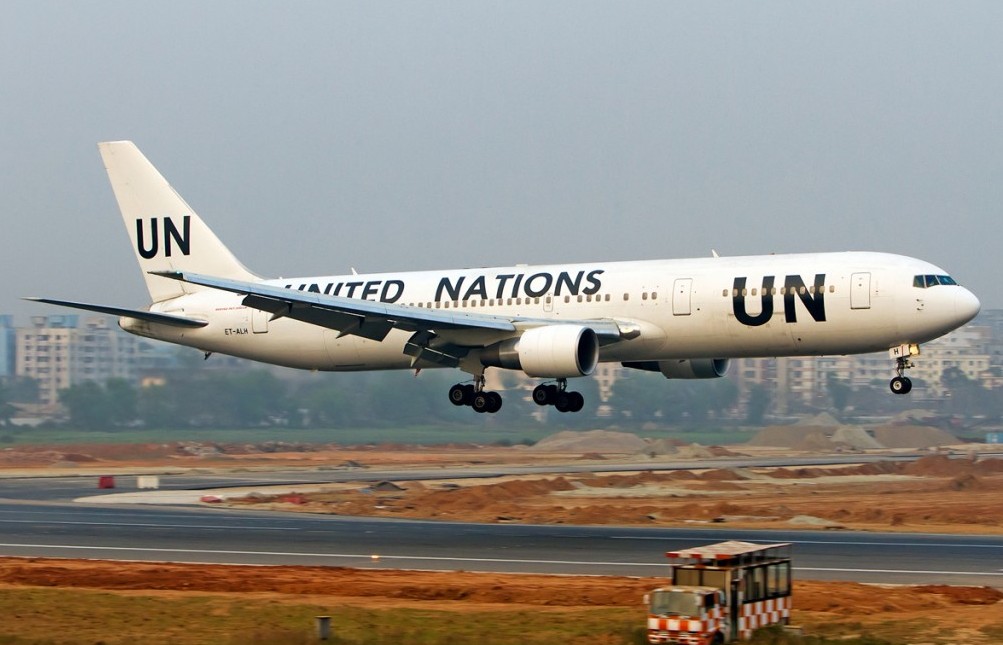 In June of 2000, my family and I landed at Gaza’s then-operational International Airport after permanently moving back from Saudi Arabia where my father had worked as a physician. We were onboard a Palestinian Airlines Boeing 727, donated by billionaire Saudi businessman and philanthropist, Al-Waleed bin Talal. Like many Palestinians, my family and I were jubilant that a trip that used to take more than a day to access Gaza via Egypt or Jordan now took a mere two and a half hours of direct flying into the coastal enclave. I vividly remember the flight attendants, the airplane food, the seating layout inside the aircraft, and the reactions of some people, who were clearly not used to flying, when mild turbulence rocked the aircraft mid-way through the flight. I felt that I was surely experiencing the beginning of a new era in Gaza’s history, and that my life-long love and passion for aviation might actually have a place in Palestine; perhaps, I could even eventually work at the airport.

Not so fast. Three months later, the ‘Second Intifada’ began, Gaza’s airport was shut down, and its gradual demise commenced, ending with the climactic destruction of its $60 million runway in January of 2002. However, a spark was ignited within me and cemented the belief that, someday, I would play a role in restoring aviation services to the people of Gaza. “Impossible!” yelled several friends in Gaza who thought I was hallucinating — or having unrealistic dreams. I would often reply, “But every major achievement begins with modest steps and, most importantly, a vision and an uncompromising will to do something — no matter how hard!” My sentiments and way of thinking would only be appreciated when I later went to the United States and began connecting with mentors and allies who fueled my desire to do something meaningful for the people of Gaza.

Circumstances continued to deteriorate. Though some believed the withdrawal of Israeli settlements from the Strip could allow for the re-opening of Gaza’s airport, things got perpetually worse for the people of Gaza, especially after the Hamas victory in the 2006 elections, and the group’s subsequent takeover in 2007. Those challenges resulted in serious hardships for hundreds of thousands of Palestinians and confirmed that Gaza’s destroyed airport would not be revived, based on the Oslo and Wye River Agreements. It became clear that a new framework and a more pragmatic location would be necessary to usher in the return of aviation to the Strip.

Upon my arrival in the US in 2005 as a State Department-sponsored exchange student, I began exploring ideas to bring aviation back to the Gaza Strip. Though the Palestinian Authority (PA) has repeatedly talked about the need to revive Gaza’s destroyed airport since it was first decommissioned, I believed that it would be nearly impossible to do so, absent a comprehensive peace agreement with Israel to clarify airspace control issues. Since such an agreement may be decades away, it is futile to insist on reviving the Gaza airport based on the Oslo framework, though it had given Palestinians the right to operate civilian airports in their territories. Flexibility and creativity are needed to address the realities of Gaza’s current situation, so that Palestinians in the Strip are not prevented from accessing their basic right to travel at will by air. If we look at seriously troubled conflict areas and war zones around the world, including different parts of Africa, people in those places often have access to aviation services, whether provided by the United Nations (UN) or commercial operators, despite seemingly-insurmountable security challenges.

And thus, the concept of a humanitarian UN-operated and regulated airport in Gaza was born.

Though the idea of a UN airport is contemporarily new in Gaza, it has a significant historic precedent, namely, an airport was operated and managed by the UN Emergency Forces (UNEF) during the 1950s and 60s in the Strip. That facility was intended to support the UN’s operations in Gaza. However, the airport also facilitated the movement of humanitarian cargo and Palestinian passengers from Gaza to several destinations, such as Cypress, Lebanon and Egypt. In addition to this important history, UN humanitarian air operations are currently conducted to transport critical cargo and move passengers in areas impacted by political instability and conflicts. Having learned about this, the idea of a humanitarian airport in Gaza began to take shape in 2010, when I met a technical expert for a large cargo aircraft working for the UN in Africa. I learned about the political and technical aspects of aerial emergency relief operations.

The idea of a new approach to the Gaza airport issue was further developed in 2011, after I met a transportation engineer who has experience working in the Middle East. He recommended a new location for the facility and promoted the benefits of having flight operations take place exclusively over the Mediterranean Sea, pending the finalization of airspace control between Israel and Palestine in a comprehensive peace agreement. Security issues were also a consideration in the choice of a new location, away from confrontation zones, attack and smuggling tunnels, rocket firing areas, and Israeli borders and airspace.

In 2015, I, with the help of advisers, consultants and volunteers, decided to launch Project Unified Assistance (PUA) which is a US-based nonprofit organization, to create a dedicated organizational framework that seeks to grow the Gaza humanitarian airport concept and push for its expedient implementation.

In subsequent pieces, I will discuss in details the vision of PUA and how this airport (for starters, it will be more like an airstrip with the bare minimum requirements to reach initial operating capability) can be implemented, including geopolitical, technical, and security issues.

The circumstances in Gaza are heading towards a certain disaster, unless serious action is taken to reverse the Strip’s de-development. More than 10 years of severely limited movement and access have created an untenable situation for the two million Palestinians who live in Gaza.

In a heartening development, Captain Ghouli, who piloted that Boeing 727 on which my family and I were onboard flying into Gaza in 2000, has endorsed the Gaza Airport Proposal (GAP). He believes in the need for Gazans to have access to humanitarian aviation services, and hopes that, someday soon, he will pilot one of the aircraft flying into Gaza for the UN, for whom he has flown in Africa in recent years.

Let there be an airport in Gaza.

About the Author
Ahmed Alkhatib is a naturalized U.S. citizen from the Gaza Strip. A graduate of the University of San Francisco, he lives in the Bay Area. He is the founder and executive director of Project Unified Assistance (PUA), which is a U.S.-based humanitarian nonprofit organization advocating to establish a UN-operated and regulated airport in the Gaza Strip. Ahmed has strong interests in dissecting geopolitics and social entrepreneurship.
Related Topics
Related Posts
Comments