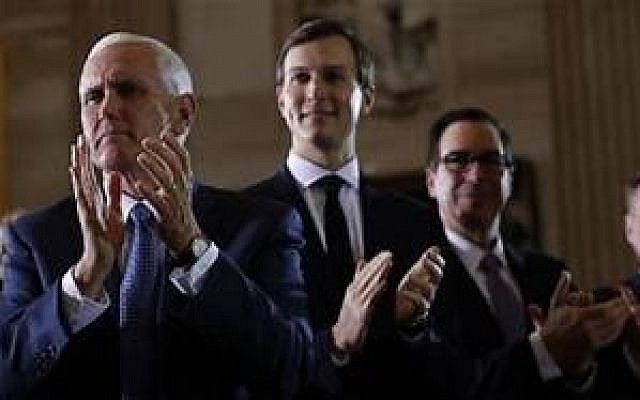 It’s the oldest trick in the anti-Jewish book. The Haves hire Jews to be their most visible allies and representatives, insincerely constantly praising them in public, and as soon as the population revolts, its anger will go onto the Jews so that the really powerful stay out of range.

One could ask: but why do these Jews lend themselves to be the executioners of the wealthy? The true answer is: because they have no other allies. Those activists, with their honest anti-Jewish bigotry, who attack the Jews, in fact, keep them in their hostage situation.

I’ve already heard a prime-time very intelligent anti-bigotry and powerful anti-Trump TV presenter call Mnuchin a favorite of the Devil – such a powerful anti-Semitic image. Mnuchin has designed robbing would-be immigrants of their young children (missing is: to harvest them for the blood) and in any case, it’s clear that he’s subhuman (Untermensch). 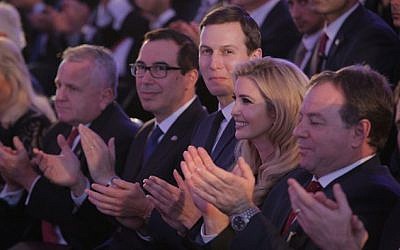 Now, mind you, this educated RC anchor does not like anti-Semitism, is not aware of that he’s promoting hatred of Jews, but he’s doing it nonetheless. And he’s not the problem. The problems are:

Trump has thrown under the bus: the Workers (by lying to them that he will save them while stealing their money, giving it to the exuberant rich and making the deficit so insane that working America may pay that bill for decades to come), women (grab them), “people of color,” the handicapped, you name them. Any doubt in anyone’s mind that he will not spare the Jews? It’s happening already.

You don’t think so? Look at (just in): Missouri Republican who said ‘Hitler was right’ wins state House primary! NB: The problem is not that he thinks so – the problem was that he was elected with 50% of the votes.

Just like Obama’s leadership revealed a lot of unspoken racism (he was called dumb more often than they called Bush jr. stupid and Obama may be a lot of things but his IQ is fine) that has not been dealt with, Trump’s visible Jews make Jew-hatred come forth to a degree we have not seen in the US in half a century, and it is becoming a real problem.

Call a Trump a Trump, don’t blame the Jews and remember, I told you so.