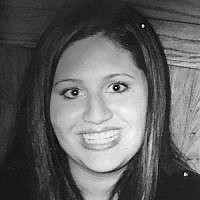 The Blogs
Rochelle Kipnis
Apply for a Blog
Please note that the posts on The Blogs are contributed by third parties. The opinions, facts and any media content in them are presented solely by the authors, and neither The Times of Israel nor its partners assume any responsibility for them. Please contact us in case of abuse. In case of abuse,
Report this post. 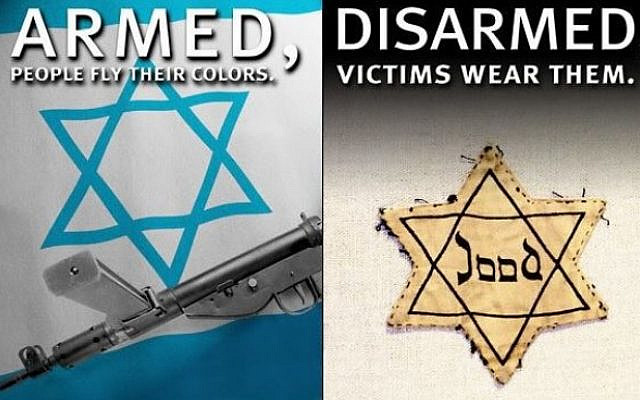 In Germany, before the Holocaust, we didn’t have social media. There were no news reports or videos covering the violent attacks. There was no government vowing to protect the Jewish people but in America, there are some groups standing up to help. However, we still don’t have police presence at many synagogues throughout the country and this has to change. There’s no excuse not to have armed officers at places of worship during services especially in states with restrictive gun laws that leaves Americans as sitting ducks while praying in a sanctuary. 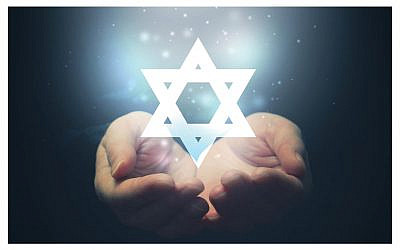 During the Holocaust the world didn’t have social media and methods of sharing news about Jews taken to concentration camps. No one had technology to share about their yellow Jewish Stars, Nazis banging down their doors, gas chambers, ovens, science experiments in humans, etc.

The world could not see the red flags and signs before the Holocaust because there was no way of sharing it. People suffered in silence and they had no means of defending themselves and no one defending them as they entered concentration camps and gas chambers.

In each time era throughout history, Jewish people always faced threats from biblical times to the Greeks and the Romans, The Spanish Inquisition, and The Holocaust. None of the tragedies and hate crimes were the same or had the same signs but Jewish people faced horrific threats as we still do today.

With social media, we have ways to alert each other and now is the time to wake up and realize that Jewish people aren’t safe in America. Jewish people were told not to wear kippahs in Germany or they could be a target for a hate crime, it’s dangerous to be a Jew in France. Europe, where the Israeli-Palestinian conflict spills over, synagogues are desecrated, the anti-Semitic surge has been particularly marked but now America also has growing antisemitic attacks happening daily on the most innocent Jewish people who pray for peace.

The good news for Jewish people as we are in the messianic era, according to some of the greatest Rabbis who study Torah daily, we finally have the State of Israel, a country with a government and army dedicated to protecting the Jewish people at any cost. We have options to make Aliyah at anytime with the assistance of the Israeli government or we can stay in American, the land of the free and fight to keep our freedom and secure our safety. Sitting in silence is not an option.

Jewish people aren’t safe right now in America. We need police presence at every synagogue when there’s services especially in states with restrictive conceal carry like New Jersey. When good people cannot protect themselves, they become targets for attacks. Jewish people need to take self defense classes. Krav Maga classes are popping up all over to give Jewish people some level of self defense techniques. Jewish people need to fight to protect their constitutional right to bear arms and get proper training so they can protect their families. Tax paying citizens have the right to demand police protection at their synagogues and they should. In several states where conceal carry is difficult to obtain and there is no open carry, good citizens have no weapons or ability to protect themselves, they rely on the police and need them now more then ever before.

As we look at the growing attacks throughout America, New Jersey and New York have had regular attacks happening against the Jewish people. Rabbis and leadership need to have police protection at all religious schools, synagogues during every service, and people need to continue to share what’s happening to Jewish people with their friends on social media. When you see an article about recent news of an antisemitic attack, it’s your obligation to share it because your ancestors didn’t have that ability to notify anyone when they were under attack. We can prevent this from becoming worse if we are all aware of what is happening and we keep our friends updated. Schools must educate children on hate crimes. Religious leaders of all faiths must address their congregation and stand against these attacks. The best way for history not to repeat itself is to be educated and informed. Don’t be afraid to get training on how to shoot a gun. In America, you have the freedom that your ancestors didn’t have; continue to fight for your freedom and don’t let politicians make laws against good citizens. Speak to your Rabbis and find out what protocols they have in place. Many synagogues have locked their doors during services but this isn’t enough at all. It’s a great extra step and it may deter an attacker for a few minutes but we need to do more and take steps to ensure that unarmed citizens are safe, otherwise they’re sitting ducks.

I pray that Hashem opens the eyes of our enemies and makes them realize that we are all one and connected. I pray that our enemies will turn into friends and that good outweighs evil. I pray the that these constant attacks will stop. I believe that Hashem can to transform evil into good and I pray that Hashem shines his light to save us all. In times of Moshiach, many scholars have learned that what we are seeing now and growing antisemitic attacks around the world is a strong sign that Moshiach is just around the corner. We have so much more at our fingertips than we ever had before so let’s use it to help change the world and make it a better place to bring Moshiach.

Hashem relies on us to carry out mitzvahs and follow the Torah. Consider taking on something you have not been doing like maybe lighting Shabbos candles, baking challah, going to the Mikvah, observing shabbos, making kiddish, taking on any mitzvah to help show Hashem that we see what he is showing us and now is our time to come closer to G-d to help bring Moshiach through mitzvot. Now, is your time to use social media to bring people together to fight greater evil by helping to share what’s happening so we can prevent more attacks that seem to be happening regularly now.

Now is the time to stand up and fight antisemitism peacefully through education, learning self defense techniques, defending our second amendment so we have the right to protect ourselves, and help from our great law enforcement officials in America. This is our time to fight antisemitism together.

About the Author
Rochelle Kipnis is a former News Reporter and Board Certified Behavior Analyst who has helped hundreds of children with autism. Rochelle is a holistic, homeschooling mother to three children, wife to an attorney who was the first modern Orthodox Jewish person to run for United States Congress in New Jersey’s 12th Congressional District. Rochelle lives in suburban New Jersey.
Related Topics
Related Posts
Comments